William and Kate: Leave them alone!

The royal media circus is set to swing into action again with the announcement of the marriage of Prince William to Kate Middleton, the future King and Queen of the United Kingdom and numerous Commonwealth countries such as Canada, New Zealand and Australia. Where does media interest end and the right to privacy begin? 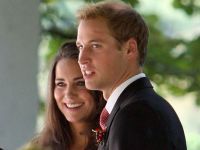 These days, professional journalism and common decency are unfortunately not synonymous, the response to the announcement that one is a journalist frequently being "Oh so who are you digging dirt on now?"

This is a pitifully depressing retort but it is a perfectly logical one, due to the fact that getting a top story is synonymous with making a name, making headlines and selling copies, which in turn generates the money from advertising or copies sold; what easier way to make it than with sensationalist and bombastic headlines about the private lives of public figures? And what better source than the British royal family, led to the pinnacle of excellence for nearly six decades by Her Majesty Queen Elizabeth II?

Not so long ago, the Press department of a powerful institution, like The Firm (a euphemism for the Royal Family) had personal relationships with the editors of the main printed press, long before the age of the Internet journal or the advent of the blogosphere. For a time, the paparazzi, professional photographers who made a living out of snapping shots of financial advisors doing to Royal Princesses what they usually do to all their clients, ruled the roost.

Everyone is a paparazzi

Today, millions of people have a mobile phone which can take pics and have the know-how to link it up to a social network or to a personal blog, internet forum or one of the millions of internet journals. It is the era of "Everyone is a paparazzi".

This is why it is crucially important for mankind in general to take a critical look at what we have become, namely a society of guttersnipes with a sordid interest in private lives fuelled by reality shows such as Big Brother, a society of voyeurs turned on by a racist diatribe screeched by some foul-mouthed tattooed "female" (?) with a cigarette hanging out of the corner of her mouth, representing the very worst of the dregs of national societies but who is projected to cult status by the adoring media, who project her into an opinion maker with the right to a cachet in return for such gems as "Ah fink Africans should 'ave da roit to an educai-shan"? Or was it "edumacation"?

Right, people should learn them fings, an' stuff. Innit? And after the oracle has spoken, out comes the demand for the cachet, projecting crud to stardom and levelling our societies downwards, thanks to the sensationalist media looking for the quick buck.

And now that everyone has access to a camera and a media outlet, it is no longer sufficient for The Firm to have a gentleman's chat in the foyer of The Palace, a few ports and Dubonnet's and a chortled nodded agreement to "behave like a good chap, eh what?".

That is why everyone should remember the potential damage a camera and a rumour can do to a couple, a relationship and a marriage. Whereas in the past, indiscretions that nobody knew about stayed where they were supposed to stay - nowhere - today, the slightest trip and the headlines are screaming "Drunkard!", eat a hot dog in public and there are phallic photographs with the caption "She likes a big porker!" and a hand in the wrong place at the wrong second, and it's "Katie the coquette!" complete with any pun that comes in handy.

So when someone dreams up weird and wonderful ideas about exposing the private lives of Prince William and Kate Middleton, his fiancée who will become the Duchess of Lancaster, before she becomes Princess William of Wales and then his Queen, just remember to leave them alone.

As a society, do we really need to know what the recording from a microphone placed in a royal toilet sounds like? And for those that do want to know, then there is a wealth of very apt corresponding vocabulary to describe them.

As a professional journalist, I have been offered many leads, many snippets of information, many scoops by my sources, many of whom were horrified and refused to speak to me again after I refused to use their material to write a nicely sexed-up story which would bring tears and misfortune to the victim.

If it's private, I don't go there. And yes, I feel great as I look into the mirror in the morning when I brush my teeth. As for William and Kate, leave them alone!