Time for a New World Order

The new millennium brought with it a lot of hope, a lot of expectations and as usual a lot of hot air, broken promises and a turn for the worse. Since 2000, hundreds of billions of dollars have been spent on wars while the international community has fallen pitifully short in financing humanitarian projects. Where are we going? Our politicians have failed us. 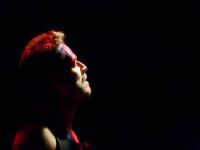 Is this the world we want? Did anyone really want the horrific wars in Afghanistan and Iraq, in which hundreds of thousands of lives have been lost, trillions of dollars wasted, all for the sake of Afghanistan's mineral wealth and its geostrategic position next to the Central Asian oil and gas fields and all for the sake of Iraq being one of the largest producers of oil in the world?

Is this the world we want? Did anyone really want the United States of America and its sickening clique of sycophants to breach each and every fibre of international law in their illegal invasion and subsequent act of butchery in Iraq, this before the medieval-style torture chambers hit the news as being synonyms with American and British modus operandi?

Is this the world we want, one in which certain of the Millennium Development Goals are far from being on track and one in which financing for humanitarian relief operations continues to fall pitifully short of the targets, despite the fact that when trillions are needed for wars and to bail out irresponsible bankers or to whitewash corporate greed, it is available?

The answer to these questions is No, it is not and if the world's leaders and political class are collectively unable to deliver an acceptable model, then it is about time that the people of the world made their demands felt.

President Obama's support for a permanent place on the United Nations Security Council for India could be an important opportunity to consider the world from a new perspective, now that the reality which created the UNO with the 5 nuclear powers as permanent members of the UNSC with the power to veto, has disappeared.

We are living in another world, a world which should be sharing globalized values and knowledge, which should be striving to achieve equality of opportunity among all members of humanity, whatever their gender, colour, nationality, ethnicity, creed or sexuality, a world governed by the precepts of international law.

Yet this is not what has been delivered by generations of political leaders whose sole purpose appears to be winning the next election to find places for their cronies in the political groupings which elected them. True, there are exceptions and notable among these is Russia's Prime Minister Vladimir Putin, whose leadership has steered Russia through the worst crisis in recent economic history virtually and largely unscathed and whose positions in international affairs have seen his leadership praised across the globe.

Yet how many Vladimir Putins are there out there on the international stage? Not many.

As it stands today, countries like France and the UK have the right to veto on the UNSC and India does not? And what about Brazil? Indonesia? South Africa?

As it stands today, the international community remains inept and incapable of solving the situation in the Middle East simply because the Jewish Lobby is so powerful, pulling the strings, garnering support for election campaigns, providing the financing for the right man and the right party at the right time, which panders to its needs. This is the law of Neanderthal Man. We are now in the Third Millennium celebrating the birth of the Christ murdered by whom?

The situation therefore is one in which Israel sits on up to 200 nuclear warheads in the Negev Desert, continues to flout international law by building colonies on lands it has stolen and continues to steal, while the Islamic Republic of Iran cannot even have a nuclear power plant for a civilian energy program.

This is not what the citizens of the world want. We want to see, for a start, as a measure of the UNO's clout and as a token of respect for international law, a lasting solution in the Middle East, in which Israel's right to exist is guaranteed while at the same time Palestinian lands are returned to their rightful owners, proper reparations are paid for the illegal seizing of lands and a phased pull-out is organized by the Israelis who occupy lands which do not belong to them, while a rent is paid during the interim period.

We want to see a world in which all members of the international community enjoy the same rights and this includes the right to equal opportunities as a birthright, not a perpetuation of the situation today in which you are labelled as a "have" or a "have not" just because you are born one metre each side of some invisible frontier which some Imperialist power drew on a map hundreds of years ago.

We want to see a world in which all countries and continents have their voices represented at the UNSC, however what point is there in having a UNO law-making body if its decisions are disrespected, or if the international community continues to operate with two weights and two measures?

How about setting up the UNO in Jerusalem, a city which belongs to nobody yet to everybody, with the Middle East situation solved once and for all, how about all member states being forced to sign up to a charter of basic rights, including the liability to prosecution for crimes against humanity and including the institution of a basic charter of rights of the human being?

And finally, how about either scrapping the right to veto altogether and having a system respecting a majority two-thirds voting among a Security Council where all continents are represented on a permanent basis, either with Australia, Canada, Japan, Brazil, South Africa, India, Indonesia and Iran joining China, France, Russia, the UK and USA or else having rotating representatives from the different economic communities where local consensuses are discussed before matters are tabled at the UN building?

I know...how about putting saucers of milk and biscuits out for Father Christmas's reindeer or polishing toadstools for the fairies at the end of the garden?

Sometimes it seems that the only thing that would set this planet to rights would be an asteroid strike or else an invasion from Mars. Count me in as a fifth columnist.