Urbanization is a process which like migration, affects all countries and all societies and is the logical consequence of a natural process in which the human being agglomerates where wealth is more abundant, where jobs are more available and where stimuli are greatest. However, is the human being made to live in a megapolis? 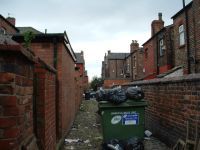 Take a look at what happens in the countryside in practically all the members of the international community, and the answer will be crystal clear. These communities are self-regulatory. Everybody knows everybody else and the cost of an infraction is ultimately being ostracised from the micro-society. It seems the human being commits less mistakes when the consequence of these is all too clear, before they are committed.

Move to the city, and the notion of anonymity is a welcome cloak for those who see the dilution of the consequences of their infractions as an opportunity towards self-enhancement at the expense of others.

Joan Clos, Executive Director of UN-HABITAT, the United Nations Human Settlements programme, set up in 1978 as the UN Center for Human Settlements and reformed in 2001, claims that "we need to understand the economic role of urbanization" and the need to balance the two vectors of continuity and renewal, while cities fight to strike a balance between providing jobs and wealth but also the need to address the consequences of an expanding population in limited geographical spaces.

Joan Clos, former mayor of Barcelona, was appointed Executive Director of Nairobi-based UN-HABITAT in October. He considers his first objective to be the need "to produce some changes and improvements in our organization in order to be more focused and more efficient inside the overall objective of the United Nations of delivering-as-one and being more efficient in general".

Joan Clos identifies the main problems of today's cities as being beset with problems associated with poverty, underdevelopment, poor health and standards of education, insecurity and new challenges, namely the emission of greenhouse gases (contributing towards climate change) and the challenges posed to transit systems by ever-increasing population rates.

For instance, in Asia, in the 1960s, only 20 per cent of the population lived in towns and cities. Today the rate is 33 per cent and this is set to rise to 50 per cent by 2020. In general terms, and across the globe, urban expansion has not been well planned, indeed in many cases it has taken place in an uncontrolled and unplanned fashion, pandering to lobbies, turning a blind eye to horrific practices such as the construction of shanty towns. The resulting effects upon the societies in these cities then begin to show. By then it is too late to take preventive action, which demands an exponential effort, financially and otherwise, to right the wrongs.

Festering slums without adequate supplies of public utilities often become home to gangs of unruly children who have not been socialised for education systems created in former years for different situations, for different ethnic and social realities. The result is often a high percentage of school abandonment, unemployment, alternative societies (drug taking, gangs) and the resulting marginalization, leading at the end of the road to crime, social exclusion and endemic cycles of prison-rehabilitation-prison.

Yet today it is not only in the urban centers that unruly and anti-social behaviour has become the norm. The breakdown of the nuclear family based upon the housewife and/or stay-at-home grandmother has been caused by the working mother, the need for the second income, the taking away of the authority of the teacher at school and nothing to substitute any of these mainstays of a child's upbringing.

The way forward cannot be to give up and accept today's social ills. Surely it must begin with education, and this means a system which functions, where symbolic authority is adequate for symbolic control and symbolic socialization in the classroom and this takes twelve years to implement, starting in the first class and continuing through primary, middle and secondary basic education.

And certainly, it must begin and end, on a higher governmental level, with the universal recognition of the spatial planning department as a super-ministry which regulates all aspects of geo-political policy, so often relegated to some sub-ministry of the environment, wholly misunderstood and whose potential never gets off the ground in most cases.

Perhaps one day when Governments and politicians are held accountable for their actions will we see the implementation of policies which are perfectly simple to adopt and which address our needs without creating massive financial black holes or affecting large swathes of society negatively.