Cuba and the common position of the European Union 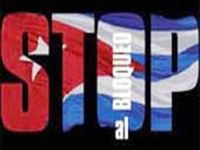 On October 25, 2010, the EU decided to maintain a common position on Cuba, imposed in 1996 by former Spanish President Jose Maria Aznar, which severely limits political and diplomatic relations between Brussels and Havana. In exchange for the suspension of Title III, which affects European companies, the Helms-Burton law was adopted that same year, legislation with an extraterritorial character that increases sanctions against the Caribbean island. Brussels had agreed to align with U.S. foreign policy with regard to Cuba.1

Trinidad Jiménez, Spanish Foreign Minister, called for a change: "It is time to open a new dialogue, a new relationship between the EU and Cuba."2 But Spain's proposal to terminate the common position that it considers discriminatory, ineffective and illegitimate, was not accepted by all nations, as unanimity is required for its abrogation. Spain, Italy, France and Ireland, among others, were in favor of its removal, while others such as Sweden, Britain, Germany, Poland, Hungary and the Czech Republic advocated it needed to be maintained.3 The EU-27 limited themselves to asking the High Representative for Common Foreign and Security Policy, Catherine Ashton, to study the feasibility of negotiating a bilateral agreement with the Cuban authorities.4

Indeed, the common position, which is officially justified by the human rights situation in Cuba, is discriminatory in so far Cuba is the only country in the Americas, from Canada to Argentina, that the European Union so stigmatized, while according to reports by Amnesty International, the Caribbean island is far from being the worst one in the hemisphere in terms of violations of fundamental rights. It is also ineffective because it has not had any influence on the decisions taken by the authorities in Havana and has led to a freeze in bilateral relations. Finally, it is illegitimate because many countries in Europe of the 27- particularly those who oppose normalization such as Poland, Czech Republic, Hungary and the UK- have, according to Amnesty International, a human rights situation more disastrous than any that they claim in Cuba.5

Bruno Rodriguez, Cuban Foreign Minister, underlined during the annual meeting of the General Assembly of the United Nations that his government recognizes that the European Union is no "moral authority to criticize Cuba on any policy or on human rights," recalling that the Old Continent is staging deportations of minorities, repression of demonstrations, passing anti-immigrant laws on those who are victims of growing social exclusion. He also warned that no normalization of relations will be possible with the current common position.6

The rhetoric about human rights in the European Union suffers from a lack of credibility by the selective nature of politics in Brussels. In fact, it resembles a pretext to the extent that countries responsible for massive violations of human rights, killings of opponents, trade unionists and social activists, torture and barbarism, discovery of mass graves, such as Colombia or Honduras, are far from being priorities for Europe.

In effect, since the coup d'état in Honduras and the establishment of the military dictatorship June 27, 2009, led first by Roberto Micheletti and then Porfirio Lobo from January 28, 2010, there have been more than five hundred murders, and many cases of disappearances and countless cases of torture and violence, committed by police forces.7

In December 2009, in La Macarena, Colombia, the largest mass grave in the history of Latin America was discovered, with more than 2,000 bodies. According to testimonies collected by British MEPs present there, they were trade unionists and peasant leaders killed by the paramilitaries and the Colombian army's special forces. The lawyer, Jairo Ramirez, secretary of the Standing Committee for the Defence of Human Rights in Colombia, described the grisly scene: "What we saw was frightening. Countless corpses and on the surface hundreds of pieces of wood in white with the inscription NN and dates from 2005 to today. The army commander told us that they were guerrillas killed in combat, but the people of the region tell of many community leaders, farmers and community advocates who disappeared without trace." Despite the many testimonies and the presence of European parliamentarians, despite the visit of a Spanish parliamentary delegation there to investigate the case, the EU has not seen fit to impose a common position for Colombia.8

The real objective of the EU towards Havana was clearly defined by Javier Solana, the predecessor of Catherine Ashton, during a meeting with European foreign ministers. Cuba must "make some much clearer and faster economic reforms." Brussels conditions the lifting of the common position, not on possible progress on human rights concerns, but namely to a change in the economic structure of the country, namely a liberalization of the internal market.9

The EU-27 has once again missed an opportunity to normalize relations with Havana and demonstrate that its foreign policy is not a tributary to the White House. By repealing their common position and adopting a rational, contractive and independent position, as advocated by Spain, the EU would have taken a step in the right direction. But Brussels does not seem to have understood the Cuban idiosyncrasy.

In effect, the government of the island is ready for everything, unless it's the negotiation of sovereignty and national identity. Relationships must be based on dialogue, respect and reciprocity, as demonstrated by the agreement with the Catholic Church and Spain resulting in the release of all prisoners referred to as "political." In contrast, the EU is resolutely inflexible, just enough to see the state of relations between Washington and Havana for half a century when the language of force, threat or coercion takes the place of conventional diplomacy.

7 Maurice Lemoine, "Selon vous Serez Cubain that Colombien ou ...», Le Monde Diplomatique, February 26, 2010. In Spanish: Depends on whether you are Cuban or Colombian.

* Salim Lamrani a Ph.D. in Iberian and Latin American Studies at Université Paris Sorbonne-Paris IV. He is also professor in charge of courses at the University Paris-Sorbonne-Paris IV and the University Paris-Est Marne-la-Vallée and French journalist specializing in relations between Cuba and the United States. Cuba has just published: Ce que les médias ne jamais vous diront. Available in bookshops and on Amazon.