No cause for alarm? Another Domesday date? Well, not quite. This time, a date which seems to line up with an interstellar black hole, a 3,600-year intergalactic cycle and just about all the worst prophecies in a number of different religions practised by advanced ancient civilizations. The year 2012 is not peculiar to the Mayans... 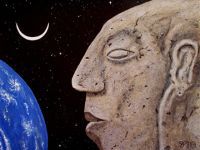 The Apocalypse has long fascinated Mankind, in His constant quest to find out where we came from and more importantly, where we are going to in future. The answer seems to be crystal clear. It appears that science, ancient civilizations and major religions all agree on one thing: December 21, 2012.

It does not seem to be a date picked out of a hat. The date coincides with the Mayan end-year, or the end of the Tzolkin (Tchólkin), the 5-thousand-year-old Mayan calendar which calibrates time in solar, lunar, Earth and galactic cycles, whose termination date is the Winter Solstice of 2012. And what happens on that date?

It is the date that the Sun enters in conjunction with the intersection of the Milky Way (north-south axis) and the ecliptic plane, which is the path that our Solar system follows in the cosmos. The Maya called this intersection the Sacred Tree, which runs in 25,800-year cycles. On December 21 2012, the Sun enters the centre of the Sacred Tree, as foretold in the Mayan creation story, the Hero Twins.

The location of the Winter Solstice Sunrise (December 21, 2012) takes into account the Earth's tilt, observed over thousands of years by the Mayans who predicted that 2012 would be the Great Cycle Year, the year when the present age ends and a new age begins, the end of the 26,000 year Long Cycle.

Now science moves in. Many astronomers believe that the center of our galaxy is constituted by an enormous black hole stretching one million miles across. It is designated a supermassive black hole and is situated in the region called Sagittarius A. As the Earth and Sun draw nearer and nearer to this intergalactic warp in physics, it appears apparent that things are changing. New Solar particles are starting to raise the eyebrows of astrophysicists, Solar flares are alarming those who control telecommunications and the Earth itself seems to be lurching from natural catastrophe to natural catastrophe.

Enter the Ancient Sumerians, whose Planet Nibiru (also termed Planet X by some) ends its 3,600-year-cycle soon and will supposedly pass between the Earth and Mars. To be more precise, in 2012.

Is this Mayan end-date also referred to in the Qu'ran: "The day will come when this earth will be substituted with a new earth, and also the heavens, and everyone will be brought before GOD, the One, the Supreme." 14:48?

If we wanted to sell copy and frighten people, we could delve into the Internet and come up with a wonderfully Apocalyptic theory linking astro-physics and practically every major religion with snippets about end-dates, then tie them together in a piece with the same credibility as using "someone told the baker so" as a source. But just as this journalist refuses to trash private lives with personal and private information, this article also refuses to jump on the bandwagon with scare stories that unnecessarily upset people and who knows, drive some to suicide?

Sorry, but the Mayan prophecy was the end of one calendar but the beginning of another, with Mankind becoming cleansed in the process, not destroyed and in real life may have far more to do with peace in the Middle East than anything else, which in itself would be a beautiful prophecy.

As for science, the Earth is lined up in this way on December 21 every year and if the supermassive black hole has not caused any harm in the billions of years of the history of the Universe, why should it start now? As for the Sumerians, there is no evidence whatsoever that Nibiru is anything more than a parable and finally, the Qu'ran:

People can take isolated phrases out of any holy book and turn them into anything they wish. Including copy to sell newspapers or hits on the Internet. Having said which, I guess my piece did what it was supposed to.