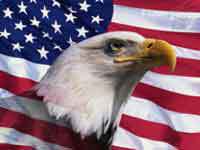 Tea Party.org calls itself "a grassroots movement (for making Americans aware of) any issue that challenges the security, sovereignty, or domestic tranquility of our beloved nation, the United States of America. From our founding, the Tea Party is the voice of the true owners of the United States, WE THE PEOPLE."

More below about these PEOPLE, and their deep-pocketed ability to manipulate minds effectively with considerable right wing media support.

Another web site headlines "Tea Party Patriots, Official Home of the American Tea Party Movement, A community committed to standing together, shoulder to shoulder, to protect our country and the Constitution upon which we were founded!"

Blaming taxation without representation and Britain's 1773 Tea Act as the cause is a red herring. It granted the East India Company monopoly rights on colony tea imports at a lower than smuggled in price, but retained an unpopular tax. Determined to prevent cargo deliveries, Samuel Adams and others boarded three docked ships, dumping 342 chests of tea into Boston Harbor. In fact, it was symbolism only, nothing else, unrelated to revolutionary furor over control of the nation's money.

In 1691, three years before the Bank of England's creation, Massachusetts created its own paper money. Other colonies followed, called scrip, backed by the full faith and credit of each state, enabling inflation-free growth for 25 years without taxes - what could happen today if freed from banker-controlled money.

It worked then by using money to achieve growth, not issuing too much, and recycling it back to the states in the form of principal and interest on government-issued loans.

However, colony-based British merchants and financiers objected to Parliament. Enough so that in 1751, King George II banned new paper money issuance to force colonists to borrow it from UK bankers. In addition, the Bank of England got Parliament to pass a Currency Act, making it illegal for colonies henceforth to issue their own. As a result, prosperity became poverty because the money supply halved, leaving too little to pay for goods and services.

According to Benjamin Franklin:

"the poverty caused by the bad influence of the English bankers on the Parliament" got colonists angry enough to spark war. "The colonies would gladly have borne the little tax on tea and other matters (if) England (hadn't taken their money), which created unemployment and dissatisfaction."

Tea Party adherents need a name change, instead of tea, a theme around controlling our own money, as mandated by the Constitution's Article 1, Section 8, saying only "Congress shall have Power to coin Money, (and) regulate the Value thereof," not bankers and complicit Fed officials they manipulate and control.

Then last February, its Nashville, TN national convention increased its prominence, highlighting an agenda to shift America further to the right on the pretext of popular opposition to big government and fiscal irresponsibility. As a result, hardline extremists mostly attracted middle income Americans facing lost jobs, homes, and economic uncertainty at a time they should have shifted left, not right. Instead of blaming big government, a groundswell for addressing popular needs should be demanded.

It didn't. Demagogues took advantage and aroused millions, aided by daily Fox News support and its lunatic fringe hosts. Among them, Glenn Beck, Bill O'Reilly, and others rage against big government, hyping an extremist agenda, spreading fear, and growing ranks of adherents, largely mindless that their best interests are compromised, not helped.

"The anti-government fervor infusing the 2010 elections represents a political triumph for the Kochs. By giving money to 'educate,' fund, and organize Tea Party protesters, they have helped turn their private agenda into a mass movement."

Conservative economist/historian Bruce Bartlett said earlier libertarians were "all chiefs and no Indians." As a result, they attracted few adherents. Tea Party furor changed things, letting "everyone suddenly see that for the first time there are Indians out there - people who can provide real ideological power," and with right-wing media-hyped support, it resonates and grows. The Kochs took advantage, "shap(ing) and control(ling) and channel(ling) the populist uprising into their own policies."

According to Sourcewatch, Party strength also comes "from millions of dollars from conservative foundations," funded by "wealthy US families and their business interests." Most prominent are Americans for Prosperity (AP) and FreedomWorks (FW - chaired by former Republican House majority leader Dick Armey), promoting the same hard right agenda as Koch, other backers, and Tea Party leaders.

For its part, Koch Industries denies FW and Tea Party ties, saying only that it "value(s) free speech and believe(s) it is good to have more Americans engaged in key policy issues." Koch admitted it funds AFP.

Media power means everything, the best efforts falling flat without it. Fox provides plenty, sustained from the outset by its extremist faithful, featuring "frequently aired segments imploring its audience to get involved with tea-party protests across the country," according to Media Matters' Karl Frisch.

Its "organizational landscape (includes) three national-level conservative groups (running things), all with slightly different agendas." They stress a "bottom-up affair and that its grassroots cred is real....Conservative bloggers, talk show hosts, and other media figures have attached themselves to the movement in peripheral capacities."

Major publications also through coverage. For example, The New York Times called it "a diffuse American grass-roots group that taps into antigovernment sentiments," saying it "burst onto the streets a year ago," belying its top-down control.

Covering its corporate-controlled February national convention, the Washington Post said "millions of Americans (are) just like" attendees, suggesting spontaneity about a well planned and organized movement.

The 2010 election's "overarching theme (is over) how big the government should be and how far it should reach into people's lives....a nationwide report card (barely gives Washington) passing grades....Today, more than four in 10 people give the government a D or F."

"I think the less the government governs us, the better we do," suggested mass numbers feel like the "stay-at-home mother" quoted. She believes America is going "socialist," when, in fact, it's swung sharpley to the right, Obama going Bush one better, yet disguising it as populism, or a variant thereof. However, credit perceptions, economic hard times, public angst, its gullibility, big money support, and media hype for growing Tea Party success.

"Some of the demonstrators came on their own, but many were affiliated with or inspired by the Tea Party Express, a cross-country tour that stopped in more than 30 cities, organizing rallies in protest of 'out-of-control spending, bailouts and the growth in the size and power of government.' "

Unexplained was a deep-pocketed, well planned PR blitz, complete with mass media coverage, especially by Fox News. Also, other events, including Americans for Prosperity's Hot Air Balloon Tour, its Patients First Bus Tour, and the American Energy Alliance's American Energy Express, as well as nationwide momentum-building rallies ahead of the November election. Party backers hope key victories will solidify a powerful political force, run top-down by and for elitists, not deluded grassroots supporters, fooled again like so many previous times.

As a result, once again, expect November 2 voters to throw out the bums for new ones. The cycle keeps repeating, "the bewildered herd" mindless that they only have themselves to blame, getting the best democracy big money can buy.