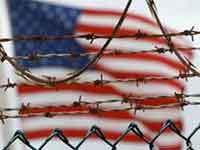 Long planned, the current economic storm erupted violently in late 2007. It wasn't by accident. It was engineered years back, so financial racketeers could profit from wrecking global economies and destroying their middle class, including America's.

A global financial cabal "engineered a fraudulent housing and debt bubble; illegally shifted vast amounts of capital out of the US; and used 'privatization' as a form of piracy - a pretext to move government assets to private investors at below-market prices and then shift private liabilities back to government at no cost to the private liability holder....Clearly, there was a global financial coup d'etat underway," its magnitude overwhelming and incomprehensible to most people, as planned.

Many trillions of dollars have been stolen, shifted from public to elitist private hands - by far, the greatest ever wealth transfer in history, a global heist, sucking capital out of one country after another, including America. It's an ongoing "de-moderniz(ation)" process, transforming Western countries into third world ones - in real time, in plain sight, yet few people understand.

In stark terms, Fitts says it's more than just "a process designed to wipe out the middle class. This is genocide (by other means) - a much more subtle and lethal version than ever before perpetrated by the scoundrels of our history texts."

It's a government-business cabal for enormous profits through "legislation, contracts, regulation (or lack of it), financing, subsidies," and massive handouts to Wall Street favorites. Carefully rigged for powerful elitists, the public is so cleverly harmed that few understand what's happening - literally that their livelihoods, welfare and lives are being destroyed in real time. The America older generations knew no longer exists, the dream of millions wiped out, and it's also happening throughout Europe.

In his September 30 article titled, "The Neoliberal Experiment and Europe's anti-Austerity Strikes," Michael Hudson explained sinister plans "to drastically change the laws and structure of how European society will function for the next generation. If (successful, they'll) break up Europe, destroy the internal market, and render that continent a backwater. This is how serious the financial coup d'etat has become. And it is going to get much worse - quickly....The bankers are demanding that (governments) rebuild their loan reserves at labor's expense." It's also Obama's scheme, shifting greater wealth to the rich, impoverishing the rest.

Throughout the West, neoliberals are in control. "From Brussels to Latvia, (they) aim to shrink their economies to roll back wage levels by 30 percent or more - depression-style levels - (for) 'more surplus'....to pay in debt service," tribute to global bankers, turning Europe "into a banana republic." It's also planned for America.

"This requires dictatorship." Labor is targeted for destruction. "Europe (like America) is entering an era of totalitarian neoliberal rule." So-called "free markets" aren't possible without it. But wait - "This is economic suicide, taxing labor, not the rich, and at the same time "slash(ing) wages and pensions, cut(ting) back public spending and employment, and shrink(ing) the economy," turning Western societies into dystopian backwaters, a dark future unfolding in real time.

"There is no question that those who control our government from behind the scenes are bound and determined to take over the $6 trillion in private pension plans. Whether they'll be successful remains to be seen. The Department of Labor wants to force all IRAs and 401ks into the arms of a corporate fascist government, that knows (best what's) good for you." They want public investments exchanged for "a guaranteed, government annuity that is not worth the paper it is written on."

"Small amounts would go into" government retirement R-bonds, the larger portion earmarked for Wall Street - the usual suspects profiting, including Goldman Sachs, JPMorgan Chase, Citigroup, Bank of America, and other giants for even greater market control than already, and far more capital to manipulate for profit. Chapman calls it "monopoly control and subjugation of worldwide investments, a total hold on the control of all investments" to scam the public more than ever and head them deeper into poverty, exactly what Washington and Western governments propose.

On the pretext of reform, destroying Medicare and Social Security are also planned by privatizing them, earmarking them for Wall Street, the same way 401ks killed corporate pensions.

The House Republicans' "Pledge to America" aims to wreck them by promising to save them, including by "reviewing Social Security and other entitlement programs" - meaning, let Wall Street bandits, not Washington run them.

A longtime GOP priority, congressional Republicans, Reps. Paul Ryan, Kevin McCarthy, and Eric Cantor explained it in their book, titled "Young Guns: A New Generation of Conservative Leaders," proposing privatizing Social Security and replacing Medicare with a voucher system that amounts to the same thing. If enacted, of course, it will leave workers and seniors high and dry by providing Wall Street racketeers with a new opportunity for pillage.

Democrats have the same plan, to be unveiled in the lame duck session on the pretext of deficit reduction and fiscal austerity, ideas Obama endorses. On February 18, he signed an Executive Order, establishing a "bipartisan National Commission on Fiscal Responsibility and Reform" (a deficit reduction commission) to slash social spending, focusing heavily on Medicare and Social Security.

Stacked with neoliberal ideologues, Congress will get its recommendations during the lame duck session, and according to observers, then enact legislation before the 112th body's first session in January. On the pretext of saving the economy, bipartisan chicanery plans to wreck it, leaving millions high and dry on their own.

"(T)he powers of financial capitalism (have a) far-reaching aim, nothing less than to create a world system of financial control in private hands to dominate the political system of each country and the (entire world economy). This system (would) be controlled in a feudalist fashion by (global, privately run central banks), acting in concert" secretly.

With bipartisan support, their plan is virtually complete. It will be advanced in the lame duck session, then further by the 112th Congress until all social programs end and finance capital has full control.

On September 19, the Business Cycle Dating Committee of the National Bureau of Economic Research (NBER), "determined that a trough in business activity occurred in the US economy in June 2009. The trough marks the end of the recession that began in December 2007."

Stacked with corporate economists (practicing what Michael Hudson calls "junk economics"), the types featured on business channels and in mainstream publications, the NBER is a Wall Street tool.

Non-member David Rosenberg has another view, saying "it is very difficult (getting) excited about (today's) economic landscape."

Unemployment is dangerously high. It'll worsen, not improve, and there's "absolutely no recovery in bank lending - especially to households." In fact, consumer loans and real estate credit keep dropping, hardly a sign of recovery, besides disturbing consumer sentiment levels, a deep housing depression, and any number of other indicators showing a hugely troubled economy. It's why independent observers like Hudson and Chapman expect worse to come, a tsunami of economic pain, hitting ordinary people hardest.

"Measures of underlying inflation are currently at levels somewhat below those the Committee judges most consistent, over the long run, (and are) likely to remain subdued for some time...."

"The Committee will continue to monitor the economic outlook and financial developments and is prepared (read has already begun providing) additional accommodation (as) needed to support the economic recovery...."

In other words, money creation and asset buying will continue even though nearly two years of doing it failed. Key indicators show deep economic weakness. Gold is at record highs, and bond markets are signaling a depressed economic climate.

According to investment analyst Claus Vogt, the economic picture is "bleak....With the housing market in shambles, bank lending contracting, and consumers tapped out, there is no base for a sustainable recovery."

"Will QE2 help? QE1's failure showed even "the mighty Fed was not strong enough to" reverse the trend. "I can't see a single reason" to think this time is different. "If anything, I expect the Fed's efforts to prove even more ineffective this time around" because QE2 is its only remaining tool. QE1's failure proved it ineffective.

Moreover, Bernanke knows it, having argued (with former Fed vice chairman Alan Blinder) against this type multiplier in 1988. In addition, bank reserves aren't being loaned. They're being stockpiling or held at the Fed for above-market rates. As a result, QE2 ad infinitum won't work without lending, what's not happening, nor will it under Bernanke's scheme to prevent it. Further, under the fractional reserve system, banks don't need credit to make loans. They do it by creating money out of thin air every time they issue one.

Thus, expect stagnation and more slowdown ahead, exacerbating existing problems, especially with bipartisan support for fiscal austerity at a time massive stimulus is needed. In addition, the Fed needs to put its money where our mouths are instead of handing it over to Wall Street.

Instead counterproductive policies are planned, Rosenberg saying, "It does not leave us with a very warm and fuzzy feeling." In other commentaries, he's expressed alarm, believing economic conditions describe depression, a conclusion he's repeated several times.

Moreover, among all developed nations, America has the highest income disparity, and it's showing up in record numbers needing Medicaid, food stamps, and emergency food help. In addition, higher levels of poverty, homelessness and other worrying signs show economic weakness, not strength.

Yet, with growing human depravation, bipartisan indifference cares only about serving wealth and privilege. Expect that attitude to harden post-election, leaving growing millions on their own, out of luck, and if new legislation passes as expected, eventually without Social Security and Medicare, once Wall Street bandits gets their hands on them.

On September 18, Obama explained it when he told the Congressional Black Caucus, "You didn't elect me to do what was popular. You elected me to do what was right," his hidden message meaning populism will be sacrificed for privilege. As a result, expect lots tougher times ahead because political leaders plan it - wrecking the American dream for business at the public's expense unless enough outrage erupts to stop it.