The cost of telling the truth in the United States 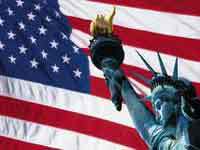 "Rick Sanchez is no longer with the company. We thank Rick for his years of service and we wish him well." This frosty statement was the conclusion of Rick Sanchez's 6-year-long career with the United States' cable news network, CNN.

The award-winning Sanchez who had served in CNN's Spanish service and covered the September 11 attacks for the network was fired on October 1 after granting an interview to the Sirius XM's radio show "Stand Up With Pete Dominick" in which he implied that the Jews are dominating the mass media in the United States and just pretend to be a downtrodden, subjugated minority.

Sanchez criticized CNN's Jewish "Daily Show" comedian Jon Stewart for directing offensive jokes at him in his nightly programs and called him a "bigot". Answering a statement by Pete Dominick that Stewart belonged to a Jewish minority, Sanchez said: "Yeah, very powerless people. [laughs] He's such a minority. I mean, you know, please. What-are you kidding? I'm telling you that everybody who runs CNN is a lot like Stewart, and a lot of people who run all the other networks are a lot like Stewart. And to imply that somehow they, the people in this country who are Jewish, are an oppressed minority?"

The skirmish between the two renowned media personalities became public when Stewart scoffed at Sanchez who had said in his "Rick's List" show that he had received a Tweeter message from the House Republican leader John Boehner. Stewart called it a case of "send a twit a tweet". Sanchez responded by telling Pete Dominick that Stewart couldn't tolerate the media achievements of somebody who is of an ethnic minority: "He's upset that someone of my ilk is almost at his level."

Rick Sanchez explained that he grew up in a poor family whose members, including his father and mother, were subject to prejudice and oppression due to their Hispanic ethnicity. He complained that someone with a sumptuous background such as Jon Stewart can't relate to what he has experienced during his life.

"I can't see someone not getting a job these days because they're Jewish," he said.

And Sanchez is right. The most prominent media conglomerates of the United States are being run by influential Jews. Turner Broadcasting System's chairman and CEO Philip I. Kent is a Jew, TimeWarner's CEO Jeffrey Bewkes is a Jew, FOX NewsCorp's CEO Peter Chernin is a Jew, Chairman of the Board of the National Amusements theater chain Sumner Redstone is a Jew, Paramount CEO's Brad Grey is a Jew, Walt Disney/ABC's CEO Robert Iger is a Jew, CBS's CEO Leslie Moonves is Jew and NBC Universal's CEO Jeff Zucker is a Jew.

By firing the Cuban-American news anchor and host, CNN demonstrated that those who assert that the United States is a "beacon of freedom" just make baseless and unfounded claims.

Although the circle of Zionist journalists began to applaud CNN for firing Sanchez immediately after the statement of his expulsion was released, the public opinion is well aware of the veracity of what Sanchez tried to imply. The mainstream media which are linked to the multinational corporations are being controlled by a troupe of well-off propagandists who advocate the interests of the state of Israel in the United States and raise funds to holdup AIPAC and other Zionist lobbies.

Over the past decades, pro-Israel billionaires and influential Jews made serious attempts to take over the media companies of the United States and promote their interests this way. In April 2007, a Chicago billionaire, Sam Zell bought the Tribune Company which is America's third largest newspaper chain and includes the Chicago Tribune, the Los Angeles Times, Newsday and 23 TV stations. Zell is a major contributor to AIPAC.

There are several such instances which show that the media in the United States have simply lost their independence and succumbed to the Zionist lobbies. Whoever tries to cross the red line by touching on this issue will be silenced, even at the cost of switching off the beacon of freedom!