Wilders and Wulff: What a difference

While the Dutch bigot, Geert Wilders, sits in court accused of inciting hatred, Germany's President Christian Wulff makes a conciliatory speech calling for tolerance and underlining the fact that Germany was built by Christians and Jews and must extend its openness towards Moslems. Wilders claims his right to freedom of speech, but where to draw the line? 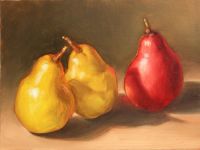 Racism is understandable, never acceptable, in a primary school playground among children whose opinions may be shaped by their parents and who do not have any understanding of race, ethnicity, colour, creed, nationality. Among adults, racism is neither understandable nor acceptable in any way, shape or form, and is no more or less than a knee-jerk, primary and very puerile reaction of the most basic type, a manifestation of fear of the different or unknown.

While in the history of humankind, racism and ideas of supremacy of one people or creed over another have been a constant factor, starting with the Old Testament and continuing through pogroms and massacres and mass murders scattered throughout the centuries, with the gradual globalization of knowledge and the dissemination of cultures, hatred and fear have given way to acceptance and friendship.

In the busier cities of the world, where three or four decades ago mixed couples were a rarity, today peoples from all over the planet mix and love each other and have families, whatever their race or religion, whatever their sexuality and this has to be accepted as a new threshold which mankind has reached on the path towards his collective civilization.

Especially at times like these, when the pooling of information and its easy dissemination on the Internet mean that people are as free to learn Amharic online as they are to learn how to make a weapon of mass destruction, in a non-Clauswitzian world in which the individual can gain power over a State, flashpoints can be dangerous and flare out of control.

That is why it is necessary to have sensible opinion leaders, and this includes journalists, who act responsibly and do not bow to the temptation to sell copies by inflaming public opinion and fueling and fanning the fires of hatred and intolerance, be this against ethnic or religious groups or for people with an alternative sexuality.

And here we see the vast difference between Geert Wilders whose claim to fame is puerile statements comparing the Koran to Mein Kampf, and insinuating that suicide bombing and Moslems go together, and the German President Christian Wulff, whose speech on the twentieth anniversary of the reunification of Germany was an example of responsibility and conciliation.

All Geert Wilders is doing is to reveal his pig-headed arrogance and his sheer barefaced ignorance to promote himself and his political party, the Freedom Party, which stands against the Islamization of the Netherlands. Rather than treat Islam rightfully as a religion of peace (compared with the Koran, the Old Testament reads like a terrorist manual) and rather than treating Moslems as individuals, Wilders makes sweeping statements such as not another Moslem should be allowed to immigrate into the Netherlands.

While "us" and "them" may appeal to the more primary members of our societies such as football fanatics, the megaphonic broadcasting of disrespect and hatred for groups of people does nothing to build our communities. In contrast, Germany's President, Christian Wulff, in his speech to commemorate the twentieth anniversary of the reunification, underlined the need not only for tolerance, but to go further than that, constructing a Germany that is greater and far deeper than the creeds of the peoples who make up its society.

More than a question of freedom of speech, it is a matter of responsibility and if by practising his right to freedom of speech, Wilders creates reactions which impinge upon the freedom of others, then he is being not only irresponsible but also purposefully acting in such a way as to inflame hatred. And that is illegal.