Europe’s past shall not be Asia’s future 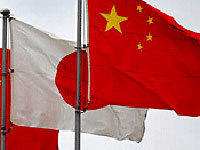 It was only two years ago that China and Japan concluded a joint natural gas deal that would transform the disputed waters into a ‘sea of peace and friendship'. Yet, Japan extending the detention of Zhan Qixiong, a Chinese fishing boat captain, whose boat collided with Japanese coast vessels in disputed waters in the East China Sea is a reminder that tension between China and Japan is structural, strategic and institutional. And managing, rather than resolving, disputes between these two countries is the best we can possibly hope to achieve.

First, the structural. Japan has reemerged as Asia's greatest economic power since the Second World War. But it remains a relatively inhibited military power due to the post-WWII constitution imposed onto it as a defeated power; a situation that is tolerable given that it hugely benefits from being under the American security umbrella and has hitherto existed in a relatively benign environment (i.e., there were no major threats on the horizon.)

However, China's reemergence is changed all that. China is a free-rider under the American security umbrella but nevertheless sees itself as the future paramount power in Asia - a mantle it has held for all but two hundred of the last two thousand years. Neither is China an inhibited military power with defense expenditure outpacing GDP growth for the past decade. Blocking future Chinese ambitions is a dominant America and its most powerful ally in Japan. If China continues to rise, the two Asian giants will be more likely to be on a collision course rather than less; even if their economies are increasingly integrated.

Second, tensions are strategic. Look on a map of East and Southeast Asia and it is immediately apparent how ‘strategically encircled' China is. For example, China imports more than half of its energy needs and eighty percent of these energy imports come through the Straits of Malacca and through the South China Sea, with some of it continuing on through the East China Sea. Meanwhile, it is ‘encircled' by pro-American countries such as Japan, South Korea, Taiwan, and the Philippines; and is acutely vulnerable to maritime ‘strangulation' by US naval forces and American allies. Incidentally, the fear of being denied access to oil imports by the American navy played a significant role in persuading Japan to launch its surprise attack against the American fleet in Pearl Harbor in December 1941.

This largely explains China's rapid development of a ‘blue water' naval fleet as well as its fleet of submarines which are the fastest growing in the world. Submarines can be used for only one purpose: sea-denial of enemy ships. Strategic vulnerability also largely explains China's claim to four-fifths of the South China Sea as its ‘historic wars'. Unlike Japan, China will not indefinitely accept the dominant presence of the American Seventh Fleet in Asia.

Meanwhile, seeing an environment in which countries are wary of its emergence, Beijing conflates economic insecurity and competition with strategic vulnerability. This accounts for Beijing claims of an ‘exclusive economic zone' that is based on its continental shelf which would give it maritime and exploratory rights over most of the resource-rich area between China and the Japanese archipelago. In contrast, Japan has always maintained that the boundary should be set by the ‘median line' between the coastlines of the two countries. Ditto the group of eight uninhabited islands in the East Asia Sea which China calls the Diaoyu Islands and Japan the Senkaku Islands which are reputed to be oil-rich.

Third, tensions are institutional. To be sure, both sides have pushed the boundaries over the past decade in disputed waters. Indeed, the Japanese coast guard has often taken a heavy-handed approach to perceived incursions in the past. But current tensions over claims in the East and South China Sea are institutional in the sense that the People's Liberation Army (PLA) - more assertive and uncompromising than China's political masters - is increasingly calling the shots in Chinese strategic and foreign policy; and even leading the way in the management of disputes and tensions such as the current one over Zhan's detention.

For example, PLA officers have led the public escalation of hostile words between Beijing and Tokyo, with the CCP subsequently following suit (while attempting to deescalate tensions behind the scene.) More seriously, the decision to label Chinese claims in the South China Sea as part of its ‘core interests' appears to have been initiated by the PLA. The military's brashness and assertiveness complements the attitudes of China's young elites who have been raised on an intellectual diet which emphasizes the country's suppression and victimization by foreign (including Japanese powers) over the past 150 years. Such a history might be part-fact-part-myth. But even older Chinese observe that the younger, richer, and better-educated generation is more impatient when it comes to getting rich and the return of China as Asia's paramount power.

Besides, it is no easy thing for the CCP's diplomats to silence the PLA and being seen to be publicly backing down in the event of any dispute with one of these ‘foreign devils'. In modern China, ‘political power still grows out of the barrel of a gun' as Mao Zedong once said - and the PLA controls the gun.

Finally, a historical reminder: at the turn of the nineteenth century, the economic relationships of the great European countries (the United Kingdom, France and Germany) were more integrated with each other (as a proportion of GDP) as the major Asian trading states are today. Yet, the tragedy of 1914 still occurred.

The current dispute is relatively minor and will be resolved one way or another. But don't let talk of economic ‘integration' and ‘regionalism' fool you into a false sense of tranquility. There will be future incidents in these disputed areas and some will be much more serious. Let's hope Europe's past will not be Asia's future.

Dr. John Lee is the Director of Foreign Policy at The Center for Independent Studies in Sydney and a Visiting Fellow at the Hudson Institute in Washington, D.C. He is the author of Will China Fail? (CIS: 2009)