Time is running out to teach the US a real lesson 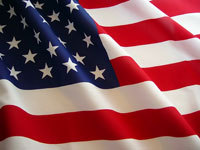 Ever since the US lost control of Iran in 1989, it has been looking for revenge. No stone is thus left unturned, no lie considered too ignominious. Recently, US administrations have been trying to style Iran into a threat to 'world peace'. So far, only the governments of some notorious client states, supported by a venal press, have been giving credence to the newest pack of lies to come out of Washington.

Because the US is unable to take on a well-armed, well-organized nation like Iran on its own, it needs all the foreign support it can lay its hands on. Even so, as long as a US commander is in charge of overall operations, you can be sure these well end in miserable failure.

The US has become such a pathetic military failure it even welcomes token manpower contributions from states like Macedonia or Latvia! Since few US 'allies' in its senseless wars against Iraq and Afghanistan remain impervious to the eroding effects upon their internal political stability, even the most modest contributor will sooner or later come to regret its decision to help the US. In Germany, participation in the ill-fated Afghan adventure has caused deep rifts in parliament. Even loyal Britain is feeling the harmful fall out of getting itself into the Afghan roach motel (where roaches check in, but do not check out). So much for the benefits and rewards of the 'special relationship' with Washington.

Not only do US policies erode the stability of their loyal clients ('allies' in US diplomatic parlance), they leave a trail of destruction across the face of the globe. Just ask the Afghans, Iraqis, Pakistanis, Vietnamese, Koreans, Somalis, Colombians, Nicaraguans, Cubans and Serbs. Germans born in the 1930s will tell you hair raising stories of how their cities were razed in a deliberate US (and British) effort to destroy an important part of Europe's cultural legacy, thus rivaling the handiwork of the nazis themselves. US leaders like Nobel Peace Prize laureate Obama and Mrs. Clinton, the woman he chose to be his consigliere, are now threatening Iran with the same treatment.

What is wrong with the US? Why is it so hard for people over there to accept that not everyone in the world wants to be like them? Why is it so hard for them to understand that the meager trappings of the US style of life can hardly be attractive to people who are used to decent food, decent music and decent cinema? Not every girl wants to be like Heidi Montag or Paris Hilton. What's the difference between them anyway?

Certainly, if people want to be different, this is not a reason to turn their countries into parking lots. The real reason why the US government is hell-bent on destroying Iran is not its nuclear program. The real reason is that the US was kicked out of Iran in 1979. In the US view of the world, one does not deny them access to any point on the globe. That is why the US has been waging economic war on Cuba since 1959, that is why the US had a problem with Gadhafi, until he let them back in, that is why the US has been trying to destroy North Korea. Nothing to do with nuclear issues, human rights, or whatever.

Lately, the pitch of the clamoring coming out of Washington (echoing hysterical sounds emanating from Israel), to the effect that Iran is on the verge of becoming a nuclear power, has been raised. US government propaganda is trying to get across the idea that the time to act and to block evil Iranian plans is running out fast. Veiled and not so veiled threats against the government and the people of Iran are the order of the day. In reply, it must be said the Iranian government exhibits admirable restraint, scrupulously avoiding Washington's mafia tone. Basically, the Iranian answer to the avalanche of threats boils down to a simple but clear warning: 'leave us in peace or you shall come to regret it.' In order to bring down the issue to its bare essentials, it might be best to resort to the schoolyard or neighborhood analogy that US political leaders are so fond of.

Just imagine the world is a schoolyard where the supervisor (the UN) is a toothless, mindless weakling addicted to coffee. He does not pay attention to what is happening in the yard. As it happens, the kids in the yard are being bullied by a big, sun-tanned, muscular, brainless brute (the US). This guy spends all his after school hours working out in the local gym to develop his muscles, but he does not really know how to use them. His way of dominating the other kids is by intimidation and picking fights only with the smallest and weakest kids, beating them to a pulp as a terrifying example. So far, except for the little Japanese kid and his German buddy, no kid has been able to truly score some well-placed blows against the school bully. Sorry, I almost forgot to mention the plucky Vietnamese. He certainly gave the brainless brute a tough time.

Lately, the bully has been feeling kind of insecure. Does all the working out in the gym still pay off? The school has issued some warnings that his grades are unacceptable and that he should pay more intention to his school career. Frustrated and humiliated, the bully is now looking for another fight. After all that is the only thing he believes he is good at. He is worried because recently the Chinese kid seems to be going through a sudden growth period. As a matter of fact, the Chinese is looking to become at least as strong as the bully, but strangely, his behavior is impeccable. Everybody else seems to like him. At least they are all trying to become friends. Probably because he brings candy everyday, the bully reflects darkly.

Ah, and there is that obnoxious Iranian midget! The bully just hates his guts because the midget has never allowed himself to be drawn into a brawl. He has kept smiling every time the bully threatened him and called him names in order to provoke him. It is a smart little fellow indeed! But this time, the bully will make sure the Iranian does not get away. He is just impatient to beat the crap out of him. Boy, that will give so much satisfaction.

But, lo and behold, the Iranian kid has secretly been working out as well. Not developing his muscles as the bully believes, but working on sophisticated self-defense techniques. Karate and that sort of stuff. The bully is stupid enough to believe the little Iranian cannot do him any harm, but the Iranian politely keeps telling the bully not to go too far.

It looks like the bully will be taught a lesson. Finally! It will be the first lesson of his life and one he will not likely forget. If the Iranian fails, he will probably receive some help from his Chinese friend.

It is a good thing there are Chinese and Iranians around. Without them we would certainly all be at the mercy of the schoolyard bully. Somebody, PLEASE, teach this brute a lesson. Time is running out!