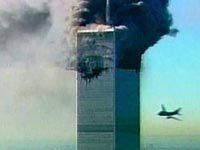 There could be no better epitaph for the victims of 9/11, civilians murdered in cold blood as they went about their daily lives, than to construct a Mosque, not near Ground Zero, but right on top of it; this would be the best way for the USA to come to terms with what it is and where it is going. If these words are shocking, then read on...

The United States of America is a little over two hundred years old, a nation of European values originally implanted upon the native American culture with an Anglo-Saxonic/Irish backbone, dressed in Hispanic clothes with a large Italian heart and vestiges of a myriad of other cultures and peoples.

For those of us who are not racists or xenophobes, only one word comes to mind: wonderful. The organization of space in the United States of America, in a first phase, and the spatial administration, in a second phase, did not have to respect the laws and lores of thousands of years of history, as was the case in many European countries.

Take for example the counties/regions in southern England, whose names today respect the reality of where the Saxon peoples settled back in the 5th to 7th centuries (Wessex, West Saxons; Middlesex, Middle Saxons; Sussex, South Saxons and Essex, East Saxons). The county borders are practically identical now to what they were back then.

Therefore the United States of America had to find a collective identity, and much more quickly than the European Nations from which its roots originated (since little or no respect was afforded to the majority of the Native American customs, traditions or rights). The Bible therefore features very strongly on the American mantelpiece.

And here we reach the crux of the matter: who and what is the USA and where is it going? Is the USA going to allow knee-jerk reactions to shape its future or is the collective culture and identity of the country built by the Founding Fathers big enough and mature enough to understand the difference between a handful of brainwashed fanatics and a noble religion (Islam) which spreads a message of peace, and love, and charity?

Certainly far too much time and attention has been given to that bigot, Jones and his puerile gang of demented, half-witted Satanic Christians who are closer to Hitler's SA and their Kristallnacht, the type of Christian Zealots who gave their vote to the mass-murdering war criminal, Bush and his odious regime of traitors, murderers, neocon crypto-fascists and neo-imperialist prigs who dragged the name of the United States of America, its principles, its peoples and its Founding Fathers through the filthiest sewer the history of human values and diplomacy has ever known.

These people do not represent the United States of America. President Barack Obama does. So do the people of this country close ranks around their President and his ideals (respect, debate, dialogue, discussion) or do they close him out and turn back to the forces of Baal surrounding the previous regimes, on both sides of the political divide, sullying the name of their country forever?

It is time for the United States of America to make its choice and thereby to define itself once and for all, in the heart of the international community, in the mindset of American people and in the hearts and minds of humanity.