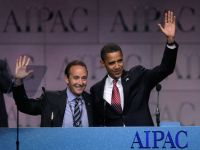 As the echoes of "change" and "yes we can" abate, U.S. President Barack Obama is faced with declining numbers in the polls. Latest polls reveal that almost 60 percent of American voters say they lack faith in President Barack Obama. The results of the Washington Post/ABC News poll are quite a reversal from the start of Obama's presidency 18 months ago when about 60 percent expressed confidence in the newly elected President. However, his numbers are still higher than congress members of either major party.

The country and the international community breathed a sigh of relief as Bush left office in the hope of change. Here was a guy who talked about ending wars and engaging in dialogue and discussion, even with "dreaded" leaders of "axis of evil" countries. There was the promise of a reset of relations with the Russian Federation. The bitterness of the August 2008 Georgian aggression against South Ossetia and U.S. help to the Georgians was hopefully just a bad memory.

Well, we haven't seen any change. None at all. In fact, things appear to be getting worse. Obama keeps funding the wars, and untold billions are going into special covert subversive operations. A bit unsettling that he opts for the subversive method of operation.

So what happened? Did AIPAC abandon Obama or did Obama decide to embrace AIPAC? When the Israeli leader, Benjamin Netahayu, visited earlier, he was given a cold, embarrassing reception. No photo opportunities, no dinner together. “The Prime Minister leaves America disgraced, isolated and altogether weaker than when he came,” the Israeli daily newspaper Haaretz said.

But the last meeting was a 180 degree turn around. Flatteries just oozed Netanyahu's way. The Jerusalem Post reported afterwards: "the effusive praise he showered on Netanyahu and Israel was almost surrealistic and reminiscent of the best days of US-Israel relations. It contrasted starkly to previous hostility, which had even descended to chilling allegations that Israeli intransigence was costing American 'blood and treasure.'"

They explained the change this way: "One need not be a cynic to recognize that the primary motivation for the dramatic reversal was the hostile public reaction, by Americans solidly supportive of Israel, against the shabby treatment meted to the Jewish state. And more so, the alienation of Jewish Democrats and pressure on Obama from congressmen concerned about the fallout in the November congressional elections." In other words, AIPAC in action.

We see U.S. ships moving into the Persian Gulf, along with Israelis. We see additional sanctions above and beyond what the U.N. Security Council allowed. We have seen absolutely no attempt at dialogue with Iranian leadership. Instead we see increasing signs of a possible aggression against Iran, based on paranoid delusions, speculation, fabrication...a redux of the Iraq scenario.

Then with Russia. For some strange unknown reason, Russia was persuaded to go along with the U.N. sanctions. A new START treaty is signed. Dmitry Medvedev eats hamburgers in a hamburger joint with Barack Obama. Are the U.S. and Russia suddenly buddies? Are there rewards or at the very least some recognition or backing off from aggressive activities for going along with the U.S.?

Definitely not. Dmitry Medvedev barely got back home when this "spy" incident conveniently breaks loose. The people are not really spies, just unregistered agents (quietly whispered) but the media relentlessly repeats spies, spies, spies, reminding all and sundry of Cold War days. Russia and the U.S. have a trade, nothing for something in Russia's case.  Those are true dangerous individuals being released by the Russian Federation.  Hillary Clinton goes around spouting anti-Russian nonsense in Ukraine and Georgia, totally ignoring reality. Patriot missiles are installed in Poland.

We can only speculate on the phantom workings behind the scenes of the U.S. government and judge it by the rotted fruit it yields. We see the same rotted fruit as in the Bush days. It makes no difference if there is a Republican or a Democrat in the White House. U.S. elections are a joke and a farce in the eyes of the international community.

Instead of being better, the world never seemed more dangerous. Well, uninvited guests do not easily and magically appear at a White House function...that is one incident that the world knows about. What about those that are hidden?

Author`s name Lisa Karpova
*
18:54
Ukrainian soldier uses chainsaw and fire to release US howitzer from ice trap
18:30
Onet: Ukraine will lose in six months due to shell shortage
17:36
Russian troops defeat Ukrainian troops in Zaporizhzhia region
14:50
Number of foreign mercenaries in Ukraine continues growing
14:17
Russians buy more than 50 tons of gold in 2022
13:57
Russia will not talk to Ukraine. Russia will talk to the West
13:34
USA's plan to give 20 percent of Ukraine for peace hoax
12:51
Medvedev: Ukraine as a state to be devastated, go bankrupt and be turned into colony
19:57
Russia will use all of its military potential to counter Western arms supplies to Kyiv
18:34
Biden changing strategy on Ukraine to reach diplomatic solution with Russia
Drone with large air bomb on board explodes over Kaluga in western Russia