The Inspiring Story of Spinn Dreck

The following story could be true. Some names have been changed to protect the guilty. 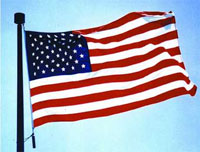 The Inspiring Story of Spinn Dreck

Nobody knew when Spinn Dreck was born that he would eventually become a man amongst men.

Like many Americans, Spinn Dreck was influenced by events that occurred during the civil rights movement of the 1960s. As a child, his little heart pulsated with excitement when he read about George Lincoln Rockwell and his followers driving a “hate bus” through the American South, and his adrenaline flowed when he watched members of Eugene “Bull” Conner’s police force use vicious dogs and high pressure fire hoses to attack peaceful civil rights marchers in Birmingham, Alabama.

But disillusionment soon set in for little Spinn because the civil rights movement, despite the violent opposition it incessantly faced, began making significant political gains. And even though many of those gains would eventually be destroyed by the four white racists and one self loathing African-American—Antonin Scalia, Anthony Kennedy, Samuel Alito, Chief “Justice” John Roberts and Clarence Thomas—now comprising a majority on the United States Supreme Court, little Spinn came to realize that the exploitation of racism had to become more subtle.

Little Spinn also realized that he needed a way to disseminate this new brand of racism to the widest possible audience. Yet that seemed impossible at the time. Most radio stations played music, and the few television stations in existence during his childhood only reported on the news for one or two hours during each broadcast day. In addition, most television and radio journalists were ethical and qualified, attributes that little Spinn abhorred.

So his prospects appeared dim.

But as Spinn Dreck grew up, radio stations began to shed their musical roots, opting instead to spew right-wing hatred twenty-four hours a day, and cable television soon introduced viewers to hundreds of different networks, including many so-called “news” channels.

For several years one of these news channels, SeeNN, enjoyed little or no competition, and thus was able to retain much of the integrity of its airwave ancestors. This ended, however, when a media mogul named Rudeturd Purecrock decided to launch the Faux News Network, creating a competition that would eventually prove to be a blessing for Dreck, and a curse for America.

One day an executive from SeeNN called Dreck and said, “Simply reporting the news is causing us to lose the ratings war, so we are looking for somebody to espouse more hatred and disseminate more propaganda than Faux does. We’ve already hired Nasty Disgrace, a former prosecutor, to host a program, and want to know if you would be willing to come on board as well?”

Dreck was elated. Finally his dreams were coming true. And it wasn’t long before he became a huge player in the cable “news” industry, which caused Rudeturd Purecrock to take notice.

Soon Dreck was invited to Purecrock’s office. “Spinn,” he said, “We want you to become part of the Faux News Network. But first I must ask you if you understand the ethics of the journalistic profession—things like honesty, objectivity, factual accuracy and the reporting of the truth?”

“Well if you want to work for Faux, you’d better forget all about them. You see Spinn, our motto is ‘We deceive, you believe.’ To honor that motto we employ only the best pseudo-journalists, like Shrill O’Lielly and Spawn Inanity. I call them propagandists in media positions, or PIMPS for short.

All the PIMPS here at Faux News graduated with high honors from the Josef Goebbels School of Pseudo-Journalism, and we’re proud to say that more racists, neo-fascists and pseudo-christians watch Faux than any other news network. But we need to expand our audience. And that’s where you come in. I understand you have a strategy where you can create a milieu of hatred, fear and divisiveness yet, at the same time, convince people they are being patriotic, religious or politically conservative. Do you mind sharing your secret with me?”

“Not at all,” Dreck replied. “I exploit ignorance. You see Mr. Purecrock, I have discovered that ignorant people are usually intelligent enough to understand, and even critique, complex political and social issues or, at the very least, are capable of finding the resources available to study such issues. But many of them are apathetic and thus allow demagogues and opportunists to tell them what to believe, while others are closed-minded and unwilling to read, watch or hear anything that clashes with their own prejudices.

Take Mush Limpbaugh for example. Do you really think that any person sincerely devoted to truth would give any credence to the self-serving rants of this mendacious, hypocritical, drug-addled, draft-dodging reprobate? Yet every day millions of angry white men obsequiously accept Limpbaugh’s words as gospel.

Furthermore, do you think any person with even a modicum of common sense would honestly believe that Diva Wailin is a paradigm of political intellect, especially when her first claim to fame was permitting herself, and her family, to be exploited during the last presidential election in a cynical attempt to cultivate the female vote, and her second was her resignation from the highest political office she ever held? Yet this “champion” of the “common person” commands tens of thousands of dollars in speaking fees, sweetened with first-class accommodations, bottled water and “bendy” straws.

So my secret, Mr. Purecrock, is to ensure that the ignorant remain ignorant, and to accomplish this I’ve developed a few rules:

During the eight years of the Bush dictatorship, we successfully concealed Bush’s ineptitude and stupidity by blaming everything on Bill Clinton. But now we blame Barack Obama for our national ills, even though he inherited two wars and a broken economy because of the mendaciousness and foolhardy policies of George W. Bush.

Just a few years ago, many critics were comparing the political machinations of George W. Bush to those of Adolph Hitler: Bush disseminated ‘great lies’ to gain support for his illegal invasion of Iraq; he engaged in ‘scapegoating’ to decimate many civil liberties; he placed political enemies in camps or secret prisons; and he sanctioned the use of torture, rendition, and illegal spying. Still, despite these facts, whenever so-called ‘liberals’ compared Bush to Hitler the ‘outrage’ that erupted was resounding and furious.

Yet when comparisons between Obama and Hitler emerged at town hall meetings and appeared on posters and billboards (including a recent one in Iowa), many of the same people who condemned the Bush/Hitler analogies remained conspicuously silent.

Rule Three: Engage in ‘prescriptive publicity’ to attack your enemies, but cry foul when it is directed at you. Prescriptive publicity is an old McCarthy era tactic that seeks to undermine the economic well-being of people who have done nothing illegal, and who, more often than not, were simply engaged in the exercise of their constitutional rights (or what’s left of them!). As you may recall Mr. Purecrock, Faux News, aided by an ethically corrupt Colorado judge named Larry Naves, successfully used this tactic against Ward Churchill, and I successfully used it against Van Jones.

Yet when opponents clamor for economic boycotts against me, Limpbaugh, Wailin or any of the PIMPS at Faux News, we must automatically denounce them for their ‘censorship’ attempts.”

Purecrock inhaled deeply as a smile visited his face. “Spinn, I’m impressed. And I think you have the amorality and disingenuousness that would make you an asset at Faux News. Welcome aboard.”

Today Spinn Dreck is a modern American success story. He is not just a highly influential and well-paid PIMP, but the de facto creator and leader of the “Pee Party”—a political movement largely founded upon the very ignorance Dreck has become an expert at exploiting.

So, as the cliché goes, Spinn Dreck is now living happily ever after.

Too bad the same cannot be said for journalists who labor in obscurity because they place integrity over profit and value facts over propaganda. And too bad for those dreamers who continue to believe that the conscience of a nation has not been sacrificed by those, like Dreck, who prey upon ignorance, fear, hatred and divisiveness to achieve their selfish ends, because the “inspiring” story of Spinn Dreck demonstrates how chimerical their faith really is.