Stopping the use of sexual violence as a tactic of war is a step closer to reality with the launch of a new tool, Addressing Conflict-Related Sexual Violence — An Analytical Inventory of Peacekeeping Practice. This document captures best practices and emerging elements for a more effective response by peacekeepers to women’s security concerns. 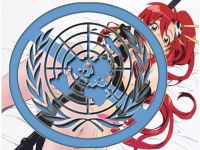 From initiating firewood patrols in Darfur to establishing market escorts, night patrols and early-warning systems in the Democratic Republic of Congo, the document catalogues direct and indirect efforts to combat sexual violence during and in the wake of war.

Stories of sexual abuse by peacekeepers have figured prominently in the press. A lesser-known story is how peacekeepers can and do contribute to women’s safety in some of the most volatile places on earth.

Funded by the Australian Government’s aid agency (AusAID), the inventory is a collaboration between the UN’s Department of Peacekeeping Operations (DPKO) and the United Nations Development Fund for Women (UNIFEM), under the auspices of an inter-agency network, UN Action Against Sexual Violence in Conflict (UN Action).

The inventory represents the first-ever review of efforts by uniformed peacekeepers to prevent, deter and respond to widespread and systematic sexual violence, and is part of a broader agenda to improve their capacities to protect civilians. It analyses examples where rape has been resistant to traditional protection strategies, lingering long after the guns fall silent. It also explores the comparative advantage women in uniform can have in environments like Liberia and Afghanistan, and makes recommendations to better avert predictable risks, such as rape as part of reprisal attacks or when women leave camp sites to collect firewood.

Speaking at the launch, the recently appointed Special Representative of the Secretary-General on Sexual Violence in Conflict, Margot Wallström, said: "To move from best intentions to best practice, peacekeepers must be armed with examples and information to help them operate more effectively on the ground. While we are all too familiar with the horror stories that play out in war-zones, we also have a responsibility to highlight success stories. This shows the world that rape is not an inevitable by-product of war, but a crime that can be stopped if we build the skill and the will to respond."

Major General Abhijit Guha, Deputy Military Adviser to the Under-Secretary-General, UN Department of Peacekeeping Operations, said: "The changing nature of conflict requires changes in peacekeeping practices. The Analytical Inventory is part of our efforts to adapt to the evolving requirements of peacekeeping and supports our new military guidelines on gender."

Speaking on behalf of UNIFEM, retired Major General Patrick Cammaert, former Division Commander for Eastern DRC for the UN’s mission there (MONUC), said that no amount of training had prepared him for the scale and severity of violence against women he witnessed during his service as a peacekeeper.

"This inventory of best practices is necessary inspiration for field commanders who must interpret their mandates in ways that ensure the safety and security of women. We must work differently — we have learned though experience that it is not enough to patrol major roads in the daytime if rape is rampant at night, in locations never patrolled by peacekeepers.

"We need new sources of situational awareness, better relations with civilians, more female troops and police, training on how to respond to these acts, and mandates that are unambiguous about our responsibility as peacekeepers to protect civilians, including women and girls. The new inventory is a significant contribution to this end", he said.

Major General Elhadji Mouhamadou Kandji, Force Commander for the UN mission in the Central African Republic and Chad (MINURCAT) said that a profound change in mind-sets is required to end sexual violence in conflict. Sharing first-hand examples from the field, he explained how "sexual violence is a means of pursuing inter-group conflict. But this is not always obvious to peacekeepers and for that reason, it can go unnoticed."

"Women’s experience of conflict is rarely heard. This inventory draws on the experiences of peace keepers and their interactions with communities and promotes effective ways to prevent sexual violence and help support women and families go about their daily activities safely in conflict situations," said Mr McMullan, Australia’s Parliamentary Secretary for International Development Assistance.

The report launched today helps bring women’s priorities and the practice of military and police peacekeepers into closer contact. As it states: "sexual violence can take generations to heal — destabilizing communities even as security actors strive to build peace."

The Analytical Inventory is available on the AusAID, UNDPKO and UNIFEM websites, as well as on the UN Action website: www.stoprapenow.org