Ed. note: The opinions expressed by the author may not coincide with the views of Pravda.Ru editorial staff 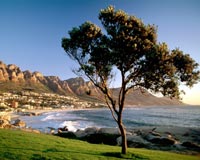 That the fact that a murderous despotic, Marxist-fascist regime, hell bent on the whole scale extermination of the twenty percent of its population, and the most productive members at that, should be awarded with the world championship in football (World Cup) says more about the West that brought about these Marxists to power then about the ruling thugs themselves.

As I stated in Age of the Man-Gods, the self-loathing masters of the Western serfs and peasants are the root blame in the murder of not only the tens of thousands of whites in Rhodesia and now South Africa, but equally of millions of starving blacks in both nations. The vipers, who are the elites of the West, foisted upon the world the Mughabies and Mandelas that have caused endless horror and suffering. South Africa, a case in point.

Once the most developed nation in all of Africa, with a vibrant industrial economy, it is now a dieing cesspool of failed socialism and raging anti-white hatred and genocide. Yes, there, the word genocide against a minority, that happens to be white. It is a nation where 100 murders are committed daily and HIV is rampant in over a third of the black population. This is a Western installed Marxist regime that can count as its achievement the annual rape of over 40,000 children.

And before you say anything about this being their land, it is not. Just like with the Islamic Arabs in Israel or the Mexicans in Texas or Arizona, or the Chinese coming into our own Far East, there were few if any living in these areas, until more productive peoples came in and created the economic and societal conditions upon which these others then flooded in to feed off of.

As for the World Cup, the last place, from a political, humane, morale or safety situation that this should have been held is South Africa. To make the already joke of a security even less attainable is the convergence of tens of thousands of the worst radicals from sub-Saharan Africa, to Johannesburg.

It is time that there was active opposition to this murderous Marxist regime, not active rewarding.

That the rulers of the West are self loathers, satanic spawn bent on the destruction of the whole of the Christian world, be it by the curse of Marxism, Islam or African paganism, is of itself a known element. Thus the people of the West had best wake up or face their own destruction.

As for our own government in Moscow, I call upon President Medvedev to actively condemn these illegal and murderous regimes and to offer direct aid to the Boer and European populations of Africa, through military aid and refugee havens.

Stanislav Mishin
The article has been reprinted with the kind permission of the author and originally appears on his blog, Mat Rodina