Holland: Formation of New Regime of Traitors, Mercenaries and Prostitutes 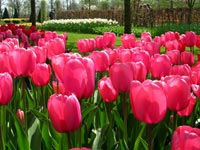 Holland: Formation of New Regime of Traitors, Mercenaries and Prostitutes

Recent events in the Netherlands may provide a clue as to developments in the rest of Europe. After all, apart from Britain, Holland is the most loyal and subservient US client state in Europe. After the general elections of 9 June, Dutch politicians are busy trying to put together a new governing coalition. This is far from easy, since Geert Wilders' Freedom Party (PVV), attracting the vote of the angry, the discontented and the fearful, has won 28 of 150 seats in parliament, becoming the third-biggest party in the country. This landslide is now creating problems in putting together a new coalition.

So far, the two main options, a right-wing coalition including the liberals, the PVV and the christian democrats and a left-leaning one made up of liberals and socialists, have been explored. However, neither has been found practicable. At this point, most voters find it hard to suppress their feelings of frustration and irritation, as it now seems likely a new government can only be formed after lengthy and hard negotiations. Some observers have even suggested the Netherlands may have become ungovernable. The only solution may be either an about-face of one of the major parties, or a kind of minority government that would need to seek a different parliamentary majority for each major issue to be tackled. By the way, neither of these two ways out of the dilemma has any roots in Dutch political practice. In other words, the Netherlands is experiencing a crisis of a kind the political class has no experience with. Nor does it really know how and where to find an answer to it.

Few voters realize they have been cynically misled by the political elite. To be sure, those running for office have kept a total silene on the fact that national parliaments in the EU today only account for 20% of legislation. Most laws and regulations are decided by the (unelected) European Commission at Brussels. The Commission determines agricultural policy, economic and trade policy and is fast closing in on the last vestiges of sovereign power still in the hands of national governments. All monetary decisions are made at the European Central Bank headquarters at Frankfurt. Finally, foreign and defense policies are decided at the Brussels NATO headquarters and ultimately by the Pentagon and the US secretary of state at Washington DC. In fact, it is doubtful whether there are any sovereign nations left in Europe. These may still have the trappings of sovereign nations, but in actual fact their sovereignty has been taken away, given away or just vanished.

National elections in the EU have become a sham, a confidence trick, a deception on a massive scale, run by consensual conspiracies involving the political class and the government-controlled media. After years of systematic deceit it would seem that at last, European voters are coming to their senses, increasingly voting for parties and candidates ostensibly anxious to break down the existing system and its smug, politically correct values.

However, both politicians and the mainstream media are trying to prevent the public from realizing that international treaties and agreements overrule national legislation. This means that the present situation of practically non-existent sovereignty can only be overturned by violent means. On the contrary, matters will only get worse as the EU will soon be taking over what still remains of national sovereignty. Europeans are trapped in a prison from which almost no escape will be possible. They will soon have to pay an extra banking tax, carbon taxes, they will no longer be allowed to build their own houses, they will be under total vigilance and control, 24 hours a day, seven days a week. Nor will safety be any better because of it.

European cities are fast becoming no-go areas after nightfall, and even during the day, as packs of angry, frustrated immigrant youths from Africa are making public space unsafe. Upon instructions from the political class, the police largely refrain from intervening. Why? One might ask. Well, because a terrorized population is kept subdued more easily. And because a subdued population is a necessary condition for the program of draconian life style reforms the EU plans to impose on all Europeans.

In the mean time, the Netherlands and other European nations somehow need to be kept under control. The only persons willing to play the game, to act as if they are governing, while knowing full well that all major decisions are being made for them in Brussels, Frankfurt and Washington, are imposters. To put it more bluntly, they are traitors, mercenaries and prostitutes.

Such people do not care for the jobs they get, nor for the voters that elected them. They are only interested in salaries, bonuses and perks. Small wonder then that real power in the Netherlands and elsewhere lies with a small clique of criminals totally committed to every kind of debauchery, while keeping up a facade of respectability.

In the Netherlands, it is the royal family that sits on top of a pyramid of debauchery. While the queen travels the world fixing the agenda of sinister EU reforms by chairing Bilderberg sessions, she pretends to have the best interest of her subjects in mind, true to the solemn oath she swore upon ascending the throne. This is a cynical lie if there ever was one. Small wonder she exerts her influence on the Dutch state apparatus through the highest civil servant in the Justice Ministry. This man is an alleged peadophile apparently immune from prosecution. So far, all indictments against him (each one supported by a mass of thouroughly convincing evidence), have been dropped upon orders of the Minister of Justice himself.

The unfolding political crisis in the Netherlands has its parallel in Belgium, where a general election held on June 13 has produced an enormous victory for the “New Flemish Alliance,” (NVA) that wants to take Flanders out of Belgium and turn it into an independent nation. It looks like Belgium has become ungovernable as well, although some might argue Belgium has already been ungovernable for a long time. Germany as well is going through a political crisis, with support for the “Black-Yellow” christian democratic-liberal coalition dwindling alarmingly fast. As a matter of fact, most European nations, with varying intensity, are experiencing political crises.

What is currenly happening in the Netherlands is just the most visible symptom of the rapid decay of the post-war political arrangement in Europe.