Israeli Act of War on NATO Country: Will the Alliance Put Up or Shut Up?

The NATO Charter is crystal clear on the obligations of its member states in the event of an attack against the vessels of one of the signatory parties. Since NATO is always quick to make belligerent declarations against Russia or Iran and is obliged by its Charter to take joint action, let us see what it is going to do after Israel’s act of piracy on the high seas, its massacre, its kidnapping and illegal detention of civilians and seizure of property. 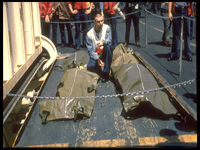 Israeli Act of War on NATO Country: Will the Alliance Put Up or Shut Up?

For Israel, what happened on Monday was an “unfolding event” in the words of Prime Minister Netanyahu, who ran away from yet another embarrassing meeting at the White House while in the words of its Foreign Ministry, the actions of its soldiers were justified, because they were frightened. Such arrogance is typical of today’s State of Israel.

Here, the NATO Charter is crystalline:

“The Parties agree that an armed attack against one or more of them in Europe or North America shall be considered an attack against them all and consequently they agree that, if such an armed attack occurs, each of them, in exercise of the right of individual or collective self-defence recognised by Article 51 of the Charter of the United Nations, will assist the Party or Parties so attacked by taking forthwith, individually and in concert with the other Parties, such action as it deems necessary, including the use of armed force, to restore and maintain the security of the North Atlantic area.

The UNSC has predictably stated that it “deeply regrets” the loss of life and injuries resulting from Israel’s operation and has called for an enquiry which is “prompt, impartial, credible and transparent”. However, Israel has gone even further. It has impounded the ships it seized illegally in international waters (piracy) after committing (yet another) massacre and it has kidnapped the members of the international aid delegation taking humanitarian aid supplies to the starving people of Gaza.

Article 6 (1) describes what constitutes an “armed attack”, namely, among other actions, “an attack on the forces, vessels or aircraft of any of the Parties” in a theatre which includes the Mediterranean Sea.

So, what is NATO going to do about The Chosen Ones? The answer: absolutely nothing whatsoever, apart from making a few noises. The reason why is because the United States of America will veto each and every resolution from the UNSC which creates difficulties for Israel to act as it pleases. In that case, why, then does NATO exist and where is the freedom of its member states to act autonomously?

Let us be honest. NATO is controlled by the USA. It was not elected, yet it runs its member states’ foreign policy. How long will it be before this becomes part of a party political agenda, for surely, NATO membership contradicts the terms of national Constitutions?

If NATO and the international community will content themselves with soundbites and not actions, the citizens of the world can act. Products with the numbers 729 on the left of the bar code come from Israel.