The Cynicism Involved in Promises of International Aid

Breaking News. A catastrophe hits some Godforsaken corner of the world, usually somewhere hot and sticky. The TV crews fly in. “How are you feeling?” Prime Ministers puff their chests out and try to outdo everyone else in bidding huge sums of money. Everyone feels great, pats the kids on the head and goes home again with a satisfied smugness. And guess what? They don’t pay up. 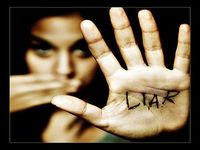 The Cynicism Involved in Promises of International Aid

Twenty appeals totalling ten billion USD in 2010 have produced a paltry thirty-six per cent of the funds that were promised - far less than fifty per cent. John Holmes, the UN Under-Secretary-General for Humanitarian Affairs revealed some shocking statistics on his speech at the UN building in Geneva on Wednesday.

For example, the appeal for the people living in deplorable conditions in the Palestine Authority territories has received 21% of funding pledged. For example, in Uganda, education and health projects have received little or no funding, meaning that the 80 per cent of the displaced persons who were convinced to return to their homes returned to what?

The funding shortfalls (where financing is promised but then fails to materialise) are evident across the globe, in DR Congo, in Sri Lanka, in Somalia, in Zimbabwe, in Iraq, in Djibouti, in the Central African Republic, in Kenya, in Haiti, in the Republic of the Congo, in Afghanistan, in Eritrea, in Sudan, where seven out of eleven clusters earmarked for aid projects have received less than twenty per cent of the sums promised.

Chronic poverty, in many cases created by the international community and not the local communities in these countries, coupled with devastating natural disasters, needs to be addressed if there is ever going to be a sustainable solution.

With the existence of 27 million displaced persons in the world today (up from 17 million in 1997), sooner or later the effects of these calamities are going to be felt on the streets of the big cities in the nations which caused the economic problems to start with, in countries more prone to severe geological and climatic events.

These people can only return home if there is something to return to, and this requires funding. For the international community to promise to deliver aid and then fail to do so, it is paramount to shrugging off responsibility and saying “It’s their problem, not ours”. How telling it is that only when they feel the effects that the lack of funding elsewhere has caused, as massive migrations become commonplace and the stability of societies becomes challenged, will they start to live up to the promises they made.

Until then, next time a Prime Minister of President or Director of a Public Institution puffs out his chest and makes an empty boast as to how much money he will give, while patting the head of a poor mite who has just lost his family and his future, let us hold them accountable to their words.

What these charlatans are doing is to take political and/or personal advantage out of the misfortunes of others, making them the worst kind of parasites humanity has had the misfortune to witness.