How many countless millions of Europeans live in a rosy-coloured world they call democracy, fooling themselves as they get up each morning that they live in a democratic society, convinced that their elected authorities control each and every facet of their lives and that ultimately, it’s the people who decide at election time. Such a scenario could not be further from the truth. 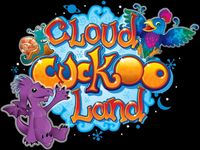 Once upon a time, there was a wonderful promise called the European Economic Community where peoples would have a liberalised trading policy, freedom of movement, living together smiling, with each country keeping its own culture as its citizens voted happily to construct the Common Project. Even the French and the Germans would live side by side in peace. Then one day we woke up and found that the dream had turned into a nightmare.

The wicked witch of Maastricht, the Demonic Dragon of Nice and the Wilful Wizard of Lisbon joined forces and together, created the monster we see today: The European Union, Destroyer of Democracy. Let us see how undemocratic the system has become.

A country’s economy controls its internal policies, such as providing healthcare, funding the education system, the emergency services and ultimately dictating what that anonymous and unknown department, spatial planning, gets up to.

In theory, spatial planning is, or should be, at the heart of internal policy-making. It is the department that decides whether a hospital is to be built, and where, and what services it will provide, the department that decides where clusters of industry should be established. Its strings are pulled by the Ministry of Finance/Economy which manages fiscal revenue and other incomes to provide financing for public services. Fair enough.

Now, those who live in this rosy-coloured perfect world called an EU Democracy will believe that their elected authorities control this policy from beginning to end and therefore manage to satisfy their promises made during election manifestos.

For the countries inside the Eurozone, such a notion could not be further from the truth, for its member states have to make tremendous efforts to keep within the eu-2020 convergence demands made on their economies, while being part of the Euro means that any autonomy they once had in managing the value of their currency to offset macro-economic panoramas has been sold down the river. And who asked the people of the Eurozone if they wanted the Euro? So how democratic is that?

The name for this factor is the rating agencies, the most influential of which are Standard and Poor’s, Moody’s and Fitch, residing in the United States of America and which have been directly involved in the economic disasters of 1929 and the Asian crisis in 1997/8. The way they operate is by stitching together groups of countries to create virtual zones, so that domino-effect reactions take hold that much more effectively and contagion spreads more quickly. Then they get to work, ganging up on the weakest link.

Notice the way they have formed the acronym PIGS – Portugal, Ireland (also Italy for some), Greece and Spain. They could have been a little more clement and referred to the SPRIGs (Spain, Portugal, Republic of Ireland and Italy if you like plus Greece) which would have been less insulting. They started with Greece.

Now, the credit rating which these anonymous and non-elected bodies attach to a country directly affects the coupon or interest rate on the national debt it has issued, called a bond, which at maturity (when its time-span has expired) has to be repaid, both the initial capital cost of the bond plus the interest rate. If these agencies increase the risk, by lowering the credit rating, then the country concerned has to pay more interest back on the bonds it has issued, while naturally fewer takers will buy its bonds in the present and future.

This imbalance between excessive expenditure and less income is what creates these credit crises. And where in this entire chain of events was there the presence of a single body that had been democratically elected by the people? Nowhere.

In conclusion, the internal policies of EU countries are wholly controlled by non-elected forces, on top of everything outside the EU – and the nearer you get to the epicentre of the Eurozone, the worse it gets.

As regards external policy, why, this is controlled by NATO, a non-elected body which panders to the interests of the arms lobby gravitating around the White House, which purports to being a club simply to create the false impression that it is a partnership and not Washington running the show. NATO applies pressures, cajoles and bullies until it gets its way. And again, who elected NATO? Nobody!

So those who believe they live in a democracy in fact live in cloud-cuckoo land. It would be easier to believe in the fairies at the end of the garden. The EU States’ internal and external policies are wholly controlled by forces which were never elected and never would be in the event of a free and fair election, simply because they reside outside the European Union.

The European Union is therefore not a democracy and its citizens do not live inside a democratic space. It is no more and no less than a lackey of the United States, its policies controlled lock, stock and barrel by Washington.