The European Union is the most undemocratic of institutions which exists only to serve the interests of those who for some reason are unable or unfit to enter the political hierarchy in their own member states and who pander to the interests of a clique of schemers and dreamers living in cloud cuckoo land under some demented illusion of a Quixotic chimera: a united Europe. 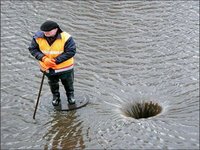 I was born outside the European Union in a country whose government had the bright idea to enter, without holding a referendum. I moved from this country to another one in Europe but outside the Union – Portugal. Again, the Government of this country decided to join. Without asking anyone. Nobody asked me where or how the money should be spent, nobody asked my opinion as to whether the structural funds were being well applied.

The US economist Michael Porter was asked to write a report, which was received with a scoffed sneer of derision by the Government of the then Prime Minister Anibal Silva (now President of Portugal), the man who claimed rarely to be in the wrong and usually in the right, through whose hands billions of Euros passed.

For what? The immediate result was a policy of public works which has gone on unabated in Portugal since the mid-1980s without producing any tangible results other than socio-economic indicators which become ever more depressing as countries like Cyprus and Malta move up the table and Portugal flounders and sinks lower and lower.

They are the ones who unilaterally and anti-democratically attach some credit rating to Spain or Portugal or the Republic of Ireland or Italy or Greece (suppose we call them SPRIGs, symbolizing hope, instead of the derogatory “PIGS” which is an insult to those of us who worked hard all our lives in these countries?) And this credit rating has a direct effect on the coupons (interests) attached to the bonds, or national debt both at maturity (when the time for payment expires) and also upon the ability to sell new bonds (which affects income).

Nobody asked me if I wanted such a ludicrous scheme imposed on me, nobody told me that the financial system being created was unsustainable and subject to speculative raids. Not one single Government or European Institution has protected me even though I have spent decades fulfilling each and every single prerequisite that has been placed upon me.

If this is the European Union, then I believe it is time to move one third and final time outside it and this time, never to come back in again.

18:06
DPR: Ukraine has lost at least 50,000 military men
17:43
Kyiv makes rash step pulling out from nuclear safety agreement with Moscow
17:26
Myśl Polska: Poland tried to outsmart Russia and collapsed itself
16:22
Reuters reveals when Zelensky is willing to end the conflict in Ukraine
15:26
American publicist names the ultimate goal of the game against Russia
14:33
The US will close access to its technologies to the companies supporting Russia
14:29
Russian Finance Ministry refuses to acknowledge foreign debt default
14:02
Teen boy suffers severe injuries as electronic cigarette explodes in his mouth
12:51
Bloomberg: Russia defaulted on foreign debt for the first time since 1918
11:23
Russian Armed Forces block Lisichansk from the south, take hundreds captive
World
Expert names the four Russian regions that the Pentagon is planning to strike