The election campaign in the United Kingdom presents a perfect opportunity to analyse not only the British press but the British media in general. At a first glance, the precept that journalism should be free, fair and objective flies out of the window and the notion arises that the real aim of the game is a public thrashing of whoever is in power. 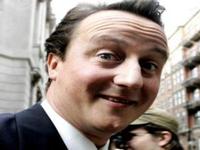 Let us leave the politics of the election to the British people. After all, how can anyone understand a system in which, for example, the Conservative Party could get 267 seats in Parliament with 34% of the vote, Labour could get 266 seats from 28% and the Liberals, only 84 seats from the same 28%, a system in which Gordon Brown will remain the Prime Minister after the election if the Conservatives fail to get an absolute majority (not if, but when) and could form a coalition Government with the Liberals despite “losing” the election. It’s their system, that’s their problem.

Let us leave the question of what is really at stake in this election to the British people. After all they are the ones who have to understand that the fundamental question underlying this election is the provision of public services, stretched to the limit by Margaret Thatcher’s Conservative Party, which left the train services dangerous, school buildings falling down and horrendous shortages of staff at hospitals and in the emergency services.

Let us leave the decision as to whether Labour has done any better than the Conservatives did – whether Labour has boosted public services or left them in the same or a worse state, whether Labour has increased the number of nurses, reduced hospital waiting lists, tackled crime, put more police on the streets, improved the education service and school and hospital accommodation. And taken firm and resolute actions and decisions when it mattered most.

After all, not even Labour’s enemies could seriously claim that the world financial and economic crisis originated in and around the British Labour Party, nobody could seriously blame Gordon Brown for not placing the right checks and balances on the banking system in his term as Chancellor (what about all the other countries where the same thing happened?) and nobody could seriously claim that the Labour Party has not steered Britain pretty much clear of the financial catastrophe which is affecting vast swathes of the planet.

While Gordon Brown is regarded as an international hero and a world leader by the opinion-editorial pieces in countless foreign newspapers, which look on astonished that anyone could even consider voting for a prissy, uppity David Cameron of the Conservative Party who looks like a prep-school boy spoiling for a playground fight and who would say anything and use anyone to get into Number Ten. And as for Nick Clegg…who?

So what is fundamentally at stake here, the British media have side-stepped. They are trying to turn this campaign into who looks great on TV, who looks at the camera, who forgot to turn his mike off (and what was disrespectful or "disastrous" in the PM’s remark anyway?). And what is even more perverse and sinister is the fact that these organs of communication, which are supposed to be objective and impartial, are trying to gain points through the manipulation of public opinion.

The Guardian (or is it Grauniad?) declares it is supporting the Liberal Democrats. OK let us hold them to that. Let us all from now on analyse the “policies” of the LibDems and hold the Guardian true to its word. For example, dismantling Britain’s nuclear deterrent. Wonderful policy, eh? Sky News (as in “Hey you guys! So you’re looking for some revenge for 9/11 are you?” to US troops in Iraq) has humiliated itself by being so pro-Tory it makes Hitler look like a fairy Godmother, assuming that Cameron would have a whopping majority and waltz into Number Ten. But he hasn’t. Almost seventy per cent of the electorate don’t want him or his toffs.

The British media has a lot to answer for. Rather than inform the people, discussing issues and policies (they could not do that because everyone would then give Gordon Brown an absolute majority and the Banks obviously have some kind of a deal with the Tories) they have turned the entire campaign into a smokescreen which tries to hide the truth.

No wonder people out there are asking “Who are we voting for?” It is not who, but what. If the British people do not know substance when they see it, then they have their media to blame. Trying to be bullish, all it manages to do is to spew Bull.