Nuclear Summit a Continuation of US Hypocrisy

Since its creation in 1948, Israel has been thumbing its nose at international law. In fact, Israel has become perhaps the world's biggest bully state in history. Prime Minister Benjamin Netanyahu had announced in advance of the nuclear summit conference that he would not take part, instead sending one of his deputies. 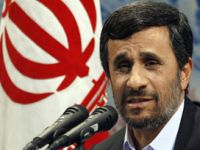 Netanyahu was concerned that Israel would be confronted with the issue of their secretive nuclear program and, furthermore, their continued terrorist threats, as in nuclear blackmail and intimidation. They also have been actively practicing ethnic cleansing and genocide on the native Palestinians as well as the Lebanese.

The decision was made after finding out that several Muslim states intended to bring up Israel's failure to sign the Non-Proliferation Treaty. Earlier, a statement had been issued announcing Netanyahu's trip to the conference.

Netanyahu was not scheduled to meet with President Obama during the summit, only nine world leaders of the roughly 46 in attendance were expected to meet with the President. During his last meeting with Obama, Netanyahu came away quite the humiliated, disappointed, scorned leader.

Ultimately his avoidance of the conference was for naught. US President Barack Obama put no pressure on Israel to shift away from its policy of “deliberate ambiguity” on its atomic programme. However, this “ambiguity” has been deconstructed by numerous threats made mainly against the capitals of Europe by Israel.

"The policy of ambiguity is the foundation of Israel's security; it has always been and will continue to be. President Obama did not ask to change it in the current period," Deputy Foreign Minister Danny Ayalon told public radio.

Netanyahu was pleased as a pig rolling in mud with his decision not to attend. "His satisfaction stems from the fact that the attention of the summit's participants was diverted from his presence and from Israel's nuclear policy."

"Israel did not stand at the centre of the events," Deputy Prime Minister Dan Meridor, who headed the Israeli delegation, was quoted as saying.

"We weren't mentioned by any of the speakers, even those who we feared would talk about us. Once again, the amoral, hypocritical Americans ran interference for their overseers in Tel Aviv...nothing has changed.

In effect, the results of the conference were quite predictable, the big guys making their pronouncements while the unarmed were powerless to contradict. China and Russia merely nodded sleepily...despite desperate announcements from Washington that they had agreed to the sanctions demanded by them. Sorry, blab it and grab it doesn’t work here.

China in particular is far from ready to impose sanctions. Not least of which is because China has become an economic powerhouse largely dependent on Iranian energy. China merely agreed to send negotiators for talks in New York. Obviously this is part of a delaying game meant to just shut Washington up for perhaps five minutes.

Along with the world’s five big nuclear powers, Israel, India, Pakistan and North Korea also possess nuclear weapons. The first three of these countries did not receive much concern or attention at the summit for some reason. Egypt and Turkey accused Israel of possessing nuclear arms prior to the summit and urged the international community to deal with the issue and insist the sign the NPT treaty.

To examine the issue objectively, it can be seen that the western countries have done more than anyone to defeat the purposes of the NPT. Yet there they are on their high horses, projecting their own dishonesty, evil behavior and intentions onto someone else. The worst terrorist act in history was perpetrated by the U.S: Hiroshima and Nagasaki. Israel introduced terrorism to the Middle East and to commercial aviation.

The western corporate media is attempting to conceal the increasing support for Iran and the worldwide opposition to the plans and lies of the corporate elite.

Iran will be holding its own summit this weekend. Invitations to officials from more than 60 countries, as well as representatives from various international and non-governmental entities, have been sent for the two-day conference with the theme, "Nuclear energy for all, nuclear weapons for none.”

"We would continue to send this very strong message from the capital of Iran, Tehran, the center of the Middle East, that nuclear weapons do not have a place at all in this very sensitive part of the world," Mohammad Mehdi Akhoundzadeh, Iran's deputy foreign minister, said ahead of the international conference on nuclear disarmament scheduled for April 17th and 18th.

President Ahmadinejad had harsh words for politicians who claimed to represent the international community: "These foolish people who are in charge are like stupid, retarded people who brandish their swords whenever they face shortcomings, without realizing that the time for this type of thing is over."

This hardly sounds like a country planning on building a nuclear arsenal. But it is a country that, despite claims to the contrary, is garnering more and more support worldwide. The west can continue to insist that Iran is not fulfilling its IAEA commitments despite all evidence to the contrary, the international community still recalls the recent past and weapons of mass deception.

The Washington conference was a farce, a circus, a mockery of the stupidity they attribute to the citizens of the world, an exercise in hypocrisy and deflection. The Obama Administration has called for dialogue with Iran, but so far it's been only words without deeds.

The biggest threat regarding nuclear weapons comes from those barking the loudest: the US and Israel. The danger is they will attack Iran and unleash a nuclear nightmare on the world. They are not interested in negotiating a just, fair settlement. They are just laying the foundation for a future attack on the Islamic Republic of Iran built on the basis of lies, greed, stupidity, hypocrisy, paranoia, projection and the desire to rule and dominate the world and its resources.

Iran reacted angrily to Washington's role in the standoff over its nuclear program.

Due to the utter lethal unfairness, discrimination involved and the injustice of it all, one can only hope that Iran is fully ready, willing and above all able to keep its word and hopefully they won't disappoint us should the situation arise.