When Rumour Becomes News, So Long as It’s Against Russia

News networks across the world gave prime time to a non-event, a piece of no-news, nonsense, a rumour. How is it possible that the spoof piece of idiocy conjuring up Cold War hysteria of the type “The Russians are coming! The Russians are coming!” made the international, national and even regional news prime time in the USA? Easy! If it’s against Russia, it’s newsworthy! 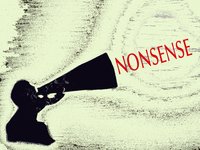 When Rumour Becomes News, So Long as It’s Against Russia

The Imedi channel’s piece of baloney, hogwash and poppycock was a spoof item of fatuitous drivel, irrational inanity and pretentious prattle about a supposed Russian invasion of Georgia in which President Saakashvili was killed, sending Tblisi’s residents out into the streets in a panic.

As an act of senselessness, a thoughtless and spineless piece of gibberish, mind-numbing stupidity and giddy madness, this piece probably takes the biscuit, though it is not as imaginative as the HG Wells Martian invasion of New Jersey in 1938. However, as all good movies have two names, a boy meets girl and a good over evil theme, this piece of vapid hooey also made its mark.

From a marketing point of view, had the Twin Towers attacks been used to market a brand of toothpaste, a new wunder-bra or better, a new construction company, it would have been a spectacular success, while all it did was to put Osama Bin Laden on the map as a global lunatic.

Right now two Georgia movies are out, no doubt moulding public opinion with more inanity as far from the truth as possible. For obvious reasons.

More and more, one begins to realise that there are more intelligent things scrawled in excrement on the walls of public latrines than one reads and sees in the western “controlled” media.