Using Sport as a Means to Foster Development

The United Nations Organization has launched an awareness campaign regarding the infringements of human rights caused by major sports events. If Soccer is the opium of the people, could these mega-events not go one step further and support global causes? 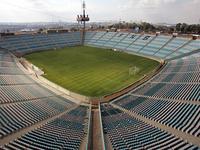 Using Sport as a Means to Foster Development

The United Nations Organization calls them “mega-events” referring to major sports venues such as the Olympic Games and World Cup Soccer Championships, where the eyes of half the world are glued to the TV screen.

While these events do have a theme and a logo, it often has nothing to do with global issues, but rather abstract eye-catching economic marketing soundbites such as “With Glowing Hearts”, “It’s Possible” or “Gateway to the Future”.

Raquel Rolnik, the UN Special Rapporteur on adequate housing, considers that mega-events such as these can have negative social effects: “I am particularly concerned about the practice of forced evictions, criminalization of homeless persons and informal activities, and the dismantling of informal settlements in the context of mega-events,” she states in a new report released by the UNO this week.

For Ms. Rolnik, “the importance given to the creation of a new international image for the cities, as an integral part of the preparation for the Games, often implies the removal of signs of poverty and underdevelopment through reurbanization projects that prioritize city beautification over the needs of local residents”.

The results, in practice, she notes, are displacement, quoting as examples the 48,000 buildings in Seoul torn down for the FIFA World Cup in 2002 and the forced removal of 15% of the population from their homes and the Atlanta Olympics, in 1996, in which 1,200 social housing units for the poor were destroyed. She warns that plans for hundreds of thousands of low-cost homes in South Africa may be affected by the holding of the FIFA World Cup this year.

While the Olympic games have a wide variety of sports modalities which cater for the interests of practically everyone, whether a practiser of sport or a viewer, Soccer holds all the ingredients for a ready-made social communicator of prime importance, which is why it has become the opium of the people.

Mention a country and the first thing people say in response is to list the names of soccer players they know. “I am from Liberia”. “Ah! George Weah!” “Portugal? Cristiano Ronaldo!” It matters not that the majority of the players spend their time kicking each other, swearing, spitting and blowing their noses with their hands and are unable to communicate effectively in their own language, apart from ridiculous stayed clichés and referring to themselves in the third person, demonstrating the mental development of a three-year-old.

Take soccer away from many of these prima-donnas and they would probably be unemployed, or unemployable. Indeed, the fact that even these creatures can become mega-stars emphasizes further the power of the game. Yet who can remember the global social theme behind one single mega-event? Who refers to South Africa FIFA 2010 as anything other than “The World Cup”, “the Soccer Championship” or at most “It’s Possible”?

Why not, then, attach these events to global socio-economic themes which give people more to think about than whether a penalty should have been awarded or whether a goal was offside? Or is that the whole idea in the first place, getting people to swarm in a sea of banality to give them an easy adrenalin fix to stop them worrying about important issues?