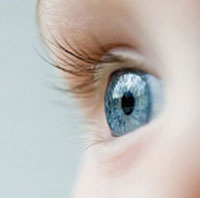 Time and again, court and county officials have intervened to protect Children and Youth Services -- and other insiders -- from scrutiny, and blame, while kids continue to be hurt.

'A worker at York County Children and Services at the time told us that the office was in continual disarray, with files and other documents strewn about the office. County officials were fearful that the Pennsylvania Department of Public Welfare would revoke its license if the agency was held responsible for its negligence'.

March 7, 2010 -- A county in central Pennsylvania where a 7-year-old Russian boy was allegedly beaten to death by his adoptive parents in August 2009 has a long history of negligence involving its Children and Youth Services.

And it's not the first time a Russian national has been involved in York County, PA, negligence.

Nathaniel Craver died on August 25, 2009, with more than 80 wounds to his body, and suffering from malnutrition. York County Children and Youth Services briefly removed the child and his twin sister from the home of their parents two years earlier.

The agency soon returned the twins to their parents, Nanette and Michael Craver. The Cravers then took the children out of public school. Family members and neighbors continued to notice signs of abuse or neglect involving Nathaniel. Children and Youth Services took no action to protect the child. The Cravers have now been charged with murder.

York County Children and Youth Services has a long history of negligence, spanning several decades, leading to the death and injury of children. Time and again, corrupt court and county officials have intervened to protect the agency -- and other insiders -- from scrutiny, and blame.

In 1982, 5-year-old Aleta Bailey, of Dover, died of multiple brain hemorrhages after being raped, beaten and abused by her mother's boyfriend, Larry Hake.

Aleta Bailey was supposedly under protection of York County Children and Youth Services.

Mackereth was elected to the state General Assembly, where she held a seat until 2008.

Also in 2008, Mackereth was implicated in a federal lawsuit brought by chief county detective Rebecca Downing in a courthouse electioneering scheme. State Attorney General Tom Corbett, himself a current GOP candidate for governor, refused to investigate the allegations.

County GOP officials then appointed Mackereth as Executive Director of York County Human Services -- in charge of county Children and Youth Services. Mackereth was in charge of the agency when Nathaniel Craver died last August.

Stankewicz had been recently released from a mental hospital, and was upset that his "mail order" Russian bride had left him.

York County Children and Youth Services was not held accountable for its negligence.

A worker at York County Children and Services at the time told us that the office was in continual disarray, with files and other documents strewn about the office. County officials were fearful that the Pennsylvania Department of Public Welfare would revoke its license if the agency was held responsible for its negligence.

York County court officials have long played fast and loose with the safety of children to protect insiders. In 1999, York County Common Pleas Judge Richard Renn awarded custody of 10-year-old Ariel Keisling to her unmedicated bi-polar mother, who repeatedly was hospitalized for threatening to kill the child.

Ariel Keisling's maternal grandmother, Marilyn McHenry, was at the time a caseworker at Dauphin County Children and Youth Services. A court expert with close business ties to Judge Renn was involved in both the Keisling and Stankewicz cases.

Judges Renn, Dorney, and York County are currently defendants in a federal lawsuit brought by yardbird.com writer and editor Bill Keisling. The Pennsylvania State Supreme Court has asked the federal court to grant immunity to Renn and the other judicial defendants.

Keisling repeatedly suffered retaliation by Renn and others in York County for his ongoing reporting of these cases. The lawsuit states that Keisling attempting to report Renn and Dorney's unlawful behavior at "every opportunity," but that officials refused to act.