Cuba Does Not Accept Pressure or Blackmail

By Alberto Núñez Betancourt, in Granma 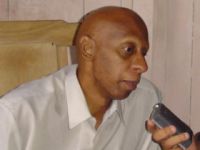 Cuba Does Not Accept Pressure or Blackmail

Major western media outlets again draw attention to a pre-fabricated lie. Thus, they respond to imperialist interests against our country. While the vaccination campaign against poliomyelitis occurs in Cuba, for example, which preserves the health of more than half a million children and in devastated Haiti, hundreds of Cuban doctors reaffirm their humanistic spirit in the struggle for life, malicious headlines make an effort to orchestrate a counterrevolutionary campaign for Guillermo Fariñas Hernández.

On a hunger strike at his home in Santa Clara, 13 days ago, he declared that he seeks to obtain the release of more than 20 counterrevolutionary prisoners, culminating with all the procedural guarantees in our courts to act in the service of foreign interests, against the independence and constitutional order of our country.

The manipulation is such that the news argues that the Cuban government has indicated that it would let this person die, this salaried worker from a section of interests of the United States in Havana, without mentioning any word on the best efforts of many of our health professionals to attend to this person.

Guillermo Fariñas Hernández, known in the environment of 'traitors' (treacherous) as "Coco", moves from a position sympathetic to the Revolution to antisocial behavior.

The first public ceremony revealed the maladjustment of his great personality, and he had no political hue. In occurred in late 1995, when he physically assaulted a woman, an official of the health institution where he worked as a psychologist, causing multiple injuries to the face and arms. The crime triggered a penalty of three years in prison without parole, and a fine of 600 pesos.

To escape justice, he invented his first hunger strike and soon after passed the threshold of counterrevolutionary activities. With the help of these small types of groups, he announced his case, through a series of misrepresentations by subversive radio stations, and expressed a willingness to die if they do not give answers to the demands he made.

A second event, in 2002, confirms the violent character of this subject and the obvious contempt for their country and citizens the individuals who support him have. In the middle of the city of Santa Clara, Fariñas vigorously beat an old man with a stick who had prevented a terrorist act by a special envoy of the terrorist Luis Posada Carriles. The damage caused an injury that required urgent surgery to remove the spleen.

Once sentenced to 5 years and 10 months of imprisonment in Question 569 from 2002 of the Provincial People's Court of Villa Clara, he used a new method to create a show: the hunger strike.

At that time, the position taken by Fariñas Hernández led to mild dehydration, for which he received treatment with serum. He broke the strike and, on 4 November 2002, decided to restart it requiring that a TV be placed in the living room of the hospital prison where he was recovering.

On 5 December 2003, in consideration of his health problems, he was granted a non-criminal matters license (Article 31, paragraph 3.be 4 of the Criminal Code, establishes the right to grant a stay of the arrest sentenced to detention for serious reasons, based on good behavior) in accordance with our laws and based on the humanitarian design of our justice and prison system.

Three years later, an agent in the service of the U.S. is at the center in a prolonged fasting to demand the officials of ETECSA have Internet access from home. Fariñas is an assiduous reporter for an infamous station called Radio Marti and other anti-Cuban stations.

His sheet of servitude also includes broad support in all kinds of activities for dfa SINA and some European embassies that drive subversion in Cuba, from which he receives instructions, money and supplies.

There exist bioethical principles that require the physician to respect the decision of a person who decides to start a hunger strike. Therefore, no one can force him to eat, or to swallow substances, as do the U.S. authorities routinely in prisons and torture chambers of Guantanamo, Abu Ghraib and Bagram, in violation of the rights of detainees.

Medicine can only act when the patient goes into the shock stage, where, as a rule, it is too late, because the person is already on the edge of survival, which is called point of no return. As a result of successive episodes of hunger strikes, it is noted that the body of Fariñas is in a process of deterioration .

If he is alive today, to speak, it is thanks to the skilled medical care he has received, regardless of his status as a mercenary.

In that case, it is not medicine that should solve the problem intentionally created in order to discredit our political system, but the patients and stateless persons, foreign diplomats and media outlets that manipulate him. The consequences will be your sole and entire responsibility.

Cuba, which has demonstrated in excess that it takes life and human dignity its principal motto, will not accept pressure or blackmail.