What is the difference between the current and previous US Administrations? The Bush regime was abrasive, bullying, chauvinistic and divisive, wantonly destroying bridges as it rode roughshod over an international community that did not act with a unified voice; the Obama approach is more agreeable, benevolent, cultured and dynamic. What a difference. 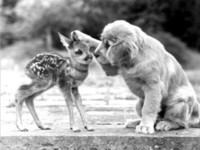 Two different generations, two different styles from one and the same people, the same country. While the Bush regime was perhaps the epitome of arrogance, belligerence and callousness, spelling out the ABC of the very worst the conspiracy theorists could level at Washington, Barack Obama, especially, and not necessarily the “regime” lurking in the shadows around him, is a breath of fresh air, representing instead the fundamental precepts of democracy, namely debate, dialogue and discussion.

His promise to listen has as yet produced little or nothing as regards foreign policy. The horrific and inhumane trade embargo continues to place a stranglehold around the heroic people of Cuba, just because the island decided to throw off the yolk of imperialism and constitute an alternative system. Hillary Clinton’s request for Brazil to use its influence to act on the Islamic Republic of Iran may have fallen on deaf ears. The USA favours pressure, Brasilia favours dialogue and the United States’ close relationship with the Uribe regime in Chile, complete with his background of para-militarism and narco-terrorism, is antagonistic to the collective psyche of the Continent.

However, there can be no doubt that the will for collaboration and cooperation is out there in the international community, and the fact that the US Secretary of State is speaking to Washington’s international partners and not formulating a unilateralist policy behind closed doors is a very welcome change.

And this change has been noticed in Russia where a recent poll reveals that for the first time since the Georgia conflict, the number of Russians who declare that they like the USA has surpassed 50 per cent. The opinion poll, carried out by the Levada Center, reveals that while the figure was just 31% in November 2008 (shortly after the war in which Georgia declared a ceasefire, then violated it in a cowardly manner and slaughtered almost 2,000 Russian civilians in South Ossetia before being thrashed in a lightning campaign by the Russian Armed Forces) now 54 per cent of Russians declare they like the USA.

Those who stated they dislike the USA fell from 54% to 31% in the same period. What is the reason for this?

The death of unilateralism

The Obama team understood from very early on that the old abrasiveness and arrogance followed by Washington Administrations which were wholly insensitive to how people behaved and acted overseas would create far more enemies than friends.

The Russian Federation has for years been calling for a multilateralist approach which uses the UNSC as its forum for debate and decision-making as the dangers of the unilateralism followed by the previous administrations (Clinton’s foreign policy disaster in the Balkans and the Bush catastrophe in Iraq) were revealed and the need for a new approach became apparent.

Obama’s call for dialogue and his promise to listen is the presentation of an agreeable, pleasant modus operandi in which mutual respect for each others’ cultures and the will to talk and learn together can become a fundamental precept of world diplomacy for the coming century. While Moscow has insisted that this be the cornerstone of diplomacy for decades, only with the commitment of Washington will it be possible.

With Obama, yes, we can.