This is not a piece I had intended to write today, since I have far more important things to research. However, due to the disparaging remarks plastered by my sparring partner Matt Gurney on the Net after our debate in the John Oakley show broadcast yesterday morning live in Toronto, Canada and due to the insolence and misrepresentation used in these, I have been asked to reply. 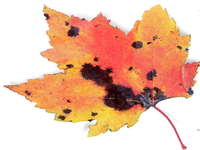 Opinion pieces do not necessarily respect the views of the editorial staff of PRAVDA.Ru.

I enjoyed myself early yesterday on the AM640 John Oakley radio talk show in Toronto and I enjoyed very much speaking with the host, John Oakley. Evidently the feeling was mutual because the feedback I received from the radio show (not one message but several) was not only positive but effervescent, and they asked if I would like to come back. For me, that was that. I smiled, shrugged, had a coffee, prepared a few lessons for my University students and started preparing my editorial about Dr. Karadzic.

Not Matt Gurney, my sparring partner (Assistant Editor, Comment and Member of the National Post Editorial Board) who was called to the John Oakley show to spice things up, who managed in twenty minutes to say three things (two of them unfortunately playing into my hands) and who then appears to have spent the entire day writing pages trying to justify himself and claiming how he had pasted me on the show. (??) He seems to be the only person who shares his own opinion.

To be perfectly honest, if that makes him happy, big deal. I am far more worried about the terrapin that went missing in my garden three days before I move house and sell up here. However, one thing is crystal clear, and this is that there is a Russophobic cabal in the international media which strikes at the heart of Russians at every twist and demonises Serbs at every turn. And the epicentre right now appears to be in Canada.

Let us take, for example, the photo Mr. Gurney chose to illustrate the piece in his newspaper, a picture of a clapped-out Lada with the caption “Lada: Apex of Soviet Achievement”. Er…why didn’t he choose the world championship winning KAMAZ? Right, we know the answer. And why did the National Post allow him to print it?

Let us then warp over to the beginning of the radio show in which John Oakley kindly allowed me to present my piece, and then turned to Matt Gurney. He started straight off by stating that “he (myself) obviously doesn’t know very much about the Olympics” and accused me of “complete ignorance” for raising the issue of Canada’s competence in holding the Games while mentioning the numerous cases of strange and hurtful decisions against Russian athletes, quite apart from the rumours of harassment which have yet to be investigated. We will come back to that.

Before anyone could reply, he then stated clearly that mentioning the cruelty of Canadian soldiers lost me any claims to credibility as a journalist and then…oh dear. Oh deary, deary me.

He spent the rest of the show either in stunned silence or playing right into my hands. Let us see.

Immediately after defending his wonderfully behaved Canadian soldiers in Afghanistan, he then referred to Russian troops in Georgia. Kind of defeatist as an argument using the same ploy you just criticised, eh? Then it got better. Like what sources do I have claiming that Georgia attacked Russia and how did I know, was I there on the border?

As I pointed out to this…journalist?…there is a slight difference between missiles travelling south to north and those travelling from north to south and one does not have to travel to Mongolia to know that it’s cold there right now. See, we have things called TVs! Yes, and the…er…Internet! Wow, eh?

Yeah, and iPods and stuff!

After accusing me of being a paranoid (don’t worry Mr. Gurney, I only worry when you’re speaking of me behind my back) he then admitted that the Canadians seemed “souped up” for the hockey game with Russia, for which I thanked him, my point exactly. And that was about it from Mr. Gurney. In the rest of the show I brought up the several cases of weird decisions during the Games – the inexplicable Silver to Plushenko after his flawless quadruple jump and performance in the second phase; the Korosteleva incident, in which the Russian skier was asked to go and give a urine sample on her way to her race; the Detkov incident in which a Russian snowboarder was disqualified after his Gate jammed twice and was then allegedly insulted by an official, to name just three.

So, where did these events take place, Burkina Faso? Or Vancouver, Canada? It was a point I made over and over again during the twenty-minute interview and then the mike cut out after I answered the first speaker.

End of story? For me, yes. Actually I frowned when it was over because while I found Oakley highly professional, I had expected far more from Gurney. But Gurney spent the next hours in a massive sulk producing pages of his own version of the interview in his National Post piece: “ Anti-Canadian Pravda writer puts the "P" in paranoid”.

Claiming that I “crashed and burned” (…erm…Who…who insinuated that Russia attacked Georgia? Kinda weak for a “journalist”?), claiming that I “audibly choked” when I said the Soviet Union “changed” (in fact a momentary silence was provoked by my coming inside due to an aircraft flying low over my head), writing in his piece on February 25th and I quote: “1941 – Germany invades Russia, just as Stalin planned” and then gloating over the Chernobyl disaster chortling in glee as he calls it a “devastating fireworks display” sending a “massive cloud of friendship over Western Europe” we see we are dealing with one ignorant and insolent pith-headed, lame, challenged wannabe pucker little upstart who was out to get Russia since way before his “debate”, started it by firing broadsides and then when his opponent started hitting back, fell apart snivelling. And then jokes about kids getting killed. What does he think happened at Chernobyl? See what I mean about the cruelty? What does this guy do, kick the dog to death for doing a whoopsey on the carpet?

Coming back to the point made by Matt Gurney at the start of the radio show, nobody is claiming that “Canada” made odd decisions which were the realm of the IOC. What I said and reiterate here loud and clear is that the Games took place in Canada and Canada benefited whereas Russia most certainly did not.

Having dealt with Mr. Gurney, let us deal with a more sinister question:

What is wrong with Canada?

The National Post has as its Assistant Editor and Member of its Editorial Board someone who speaks about journalistic integrity and credibility yet seems confused as to who started the Georgian War, convinced that the USSR actually wanted Hitler to attack (in a war in which nearly 27 million souls were lost), who jokes about the horrific accident at Chernobyl, derides Russian science but then has to suck Big Brother’s…sock… because Canada did not get very far in competing with the Soviet Space Program.

Furthermore, around 95 per cent of the comments (and death threats…what is wrong with people over there?) I have received from hundreds of Canadians are fraught with spelling mistakes and glaring grammatical errors. How about outsourcing your education system to the Cubans?

What is wrong with Canada? Are Canadians really so thin-skinned they cannot take a piece of criticism? Chip on the shoulder?

What is wrong with Canada, a country where a journalist in a senior position has apparently the impression that Russia attacked Georgia first (no mention of Georgia having declared a ceasefire and then having slaughtered between one and two thousand civilians in South Ossetia) and where people seem to have a fixation about the Cold War? Why? What did Russia ever do to Canada?

What have people been taught? Is anyone in Canada aware that the Cold War is over? That the Soviet Union did not collapse but dissolved voluntarily and that this was entirely within the terms of its Constitution? Does anyone know about Georgia’s obligation to hold referendums in the territories of South Ossetia and Abkhazia? Apparently its senior journalists don’t. Or is Matt Gurney the Canukistan version of a joke?

Where is all this hostility coming from, and why? What is wrong with Canada?