Doesn’t it feel great to slam the door behind you as you walk out, stick up the middle finger using the palm of the left hand on the upper right forearm for extra leverage and blow a giant raspberry? That is exactly how it feels as Russia leaves Vancouver after disappointing Games with a question, was the Canadian ice hockey team on drugs? 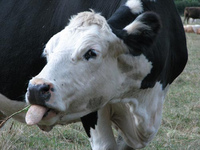 The middle finger goes to the shockingly dangerous organization of the Games which cost the life of a Georgian luger right at the outset on day 1 (Nodar Kumaritashvili lost his life because the track was unfit, and indeed the corner where he crashed was elevated the following day) and the giant raspberry goes to the appalling, abominable and biased judging of events which cost Russia medal after medal.

The middle finger and the giant raspberry go to the Canadian ice hockey team. Were they on drugs the day they beat Russia so overwhelmingly? These days, and since the USSR’s 8-1 thrashing of Canada in the early 80s, Canada-Russia ice hockey games are always very closely fought events and there has not been such a monumental difference between the two sides. Very strange, the more so since the same Team Canada (whatever the hell that is supposed to mean) put in an extremely lacklustre performance against lowly Slovakia and was lucky to reach Sunday’s final. And for anyone who is about to be shocked by the question, one supposes it is OK to make cheap and gratuitous references to Russians and doping, but when the ball rolls back home it hurts. Right?

We will never know, will we? We will never know, because the officials at Vancouver predictably did not mete out to the Canadians the shockingly humiliating treatment given to the Russian skier Natalya Korosteleva, asked to produce a urine sample during the break between the quarter-and semi-finals of her event. Had she complied, she would not have had time to enter the semis. And such was the hounding of the Russian athletes that there are rumours many refused to eat for fear their food would be laced with steroids.

The more shocking it was due to the insolence shown by Olympic officials already installed in Canada prior to the Games, insinuating that the Russian athletes are synonymous with doping. The fact of the matter is, however, that there has not been one single doping incident involving a Russian athlete in Vancouver.

Nobody in Russia will miss Vancouver. The entire team was affected by the death of Nodar Kumaritashvili (contrary to popular belief in the western media, Russians do not hate Georgians and have no desire to constantly humiliate the country despite the murderous adventures of war criminal and Washington protégé Saakashvili), the team members were affected by the climate of hostility and intrusion shown by officials (take for example the banning of Stanislav Detkov in the Men's Snowboard Parallel Giant Slalom after his gate jammed and the insolent remarks made to him by officials when he complained) and the results were what we saw. Three Golds, Five Silvers and Seven Bronze medals.

For once and for all, let us blow that idiotic reference to “collapse of the USSR” into outer space and leave it there. The Soviet Union did not collapse. It simply disengaged, on a voluntary basis, as foreseen in its Constitution. No sweat, no problems, no big deal. Its original objectives had been achieved in full: security of the state, security on the streets, universal education, women’s rights, excellent and free public services, zero unemployment, guaranteed and free housing, transportation, utilities, leisure time activities, an excellent healthcare service and index-linked pensions. Pretty good in just a few generations, and this despite the trillions of dollars being spent by Canada and its friends trying to sabotage the model, assassinate Communist political leaders and so on as the Soviet Union freed countless countries from the yolk of Imperialism and implemented the same excellent public services in them. In Africa, in Latin America, in Asia.

However, times change and Russia has maintained, in general, good relations with its neighbours. It is not Moscow’s fault that the Baltic States decided to side with NATO not out of any animosity towards Russia but more so because it is good business and greases a few palms, but don’t tell Washington. It is not Moscow’s fault that Georgia is run by a tie-chewing homicidal maniac who should be strung up by his balls.

It will take Russia a few more years to reach the pinnacle of sporting excellence. This may come already at Sochi in 2014. Canadians will find themselves welcomed as friends. They will have their hands shaken in the streets. People will smile at them. The Organization at Sochi will not spend the weeks in the run-up to the Games making insolent remarks about Canadians and doping. Canadian athletes will not be asked to produce urine samples seconds before they are due to compete. They will not be hounded day and night. This will be the difference.

Sochi, the Gateway to the Future, is about where North meets South, East meets West. The Games will not be dangerous for the athletes, the judges will not be biased. Sochi will show Vancouver how it’s done, because despite the results of these Games, Russians do it better!