Yes, My Dear, Actions Do Have Consequences

As previously in the Bush Regime, so too now in the Obama regime, the masters of the universe are learning that their actions do have consequences. 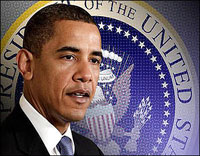 Yes, My Dear, Actions Do Have Consequences

This week news came that the Germans, led by Merkel, are demanding the instant removal of American nuclear weapons from their soil and I am sure, soon enough, the remainder of American forces. Germany, after numerous betrayals and back stabs, has had enough.

Be it Bush trying to ruin various German-Russian business and diplomatic deals or pulling Germany into American imperial wars or Obama, first with a massive escalation of the war in Afghanistan and then with and out and out personal betrayal of Merkel, the stabbing of the German economy and the theft of German money. What am I speaking off? Why the backing out at the 11th hour and 59th minute of American Government Motors (GM) from the sale of Opel, which was a betrayal of Russia, Canada and Germany. Worse for Germany, this came after a pledge to Merkel, who put her reputation on the line and whose government had already put a several billion Euro loan to GM to bridge the sale. Money gone, the DC mafia happy and Germans, in much larger numbers than what the Russian-Canadian conglomerate was planning, will be losing their jobs. Any wonder the Germans are angry?

Then came news that the Americans, who had promised, under Obama, to stop the Bush idiotic plan of placing missile interceptors in Poland, had been lying all along. True, instead of placing siloed missiles, they will be posting mobile missile batteries in Poland, and not only Poland but in Bulgaria and maybe Georgia, as well as even trying to get them into Ukraine. I am sure if the Western puppet Timoshenko the Barbie had won the Ukrainian vote, they would be shipping them already. Is it any wonder that Russia is going ahead with the S-300 sales to Iran? Now, the Americans, who created Afghanistan and in the process the modern Islam International and released it upon the world, and who find themselves quagmire on their own in Afghanistan, and who took our initial help in Central Asia and turned it against us, are demanding we help them in that same Afghanistan? Are you kidding me?

Obama has equally told his Chinese creditors to go jump off a bridge, as he sells weapons to Taiwan and meets with the Dali Lama. While the Chinese occupation of Tibet is nothing to sneeze about, a pauper state, absolutely dependent on the good graces of China and its cash, is not in a situation to dictate conditions. China has started to move to rid itself of American debt, at least enough to give the Americans a clear message. It will be even more interesting when the US tries to sell another trillion in debt, as planned for this year, to finance its alcoholic spending.

Then there is Japan, another massive owner of American debt and a major investor in the American economy and thus American jobs. Toyota, being a major competitor to the American Government Motors, the whole weight of the American regime has gone after it, trying to crush a successful competitor to its own defunct, indebted failure. The American minister of transportation, himself, proclaimed that the cars were not worth driving, while the American FBI is now raiding Toyota suppliers. Toyota’s leaders are being forced to come to Washington and beg and grovel before the would be masters of the universe. It may soon be time for Japan to regain its honour and explain to the Americans, whose debt they also sponsour, who is the real boss. And if the Americans are real lucky, Toyota will not pull out and lay off 170,000 Americans, and even more when its suppliers go.

Lastly, for now, of the big players, is the further betrayal of the British. First came the return of Churchill’s bust, followed by the treatment of Brown as no more than a semi competent lackey not worthy of state gifts worth more than can be bought at a local corner store. Then the breaking of all protocol with the English queen, all the while demanding and getting more troops for Afghanistan. Now, when Britain needs the Americans, while Argentina is again angling for the Falklands, the Obama Regime, never shy of asking more and more British blood, has flat out refused to take the side of the English.

So, how long will it take the self describing masters of the universe to realize they are anything but?