French soccer star Zinedine Zedane teams up with other sports personalities to remind the world of the Millennium Development Goals, creating minimum conditions for people in developing countries by 2015. While the global crisis threatens MDGs in Asia, so much remains to be done. For the Fat Cat Bankers, trillions are suddenly available yet for others who need hospitals, they ask how you pay for it. 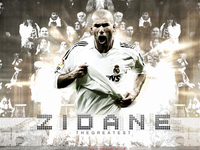 Zinedine Zedane’s message is “Willpower, Commitment and Teamwork” as the UN Goodwill Ambassador adds the goal of helping maintain the Millennium Development Goals on target, to add to his World Cup, Golden Ball and European Championship titles. As Zedane reminds Governments of the need to stay on track to achieve the 8 MDGs, the latest report from the Asian Development Bank (ADB) warns that the global economic crisis can hinder the achievement of the goals and pull another 21 million people below the poverty line.

The importance of social spending

The report (Achieving the MDGs in an Era of Global Uncertainty: Asia-Pacific Regional Report 2009/2010) states that the crisis has exposed vulnerabilities and warns that social spending must be considerably higher if the MDGs are to be met. It points out that Asia has weaker social protection measures than other regions and in the words of UNDP Assistant Director for Asia/Pacific Ajay Chhibber, “without better protection, people fall back into poverty with economic crisis, health pandemics and natural disasters and cannot recover easily”.

The report further indicates that in Asia, only 20 per cent of the under- and unemployed have access to labour market programs or unemployment payments, while only 30 per cent of the population receive third age pensions. The ADB recommends higher social expenditure coupled with fiscal stimulus packages.

Before the crisis, Asia had been well on target to reach three of the Goals: gender parity in secondary education, universal access to primary school education and halving the number of people living below the poverty line (1.25 USD/day). In 2009, 17 million people fell below the line, while in 2010 this figure is due to increase by a further 4 million.

Women – again, the most vulnerable

Asia holds half the world’s population living in poverty, without basic sanitation, Tuberculosis cases, people living without access to clean water and underweight 5-year-olds. The worst-affected segment of the population are the women, who make up the majority of low-skilled, low-salaried and temporary workers. The shockwaves in the labour market caused by the crisis therefore had a far more adverse affect among the women.

There have been some success stories (Tanzania increased its national school enrolment rate from 50 to 98% from 1999 to 2006; the participation of women in Government was far greater over the past decade in a growing number of countries; in Eritrea, child mortality has halved from 1990 to 2007; the adult HIV prevalence rate dropped from 15% to 5.4% over the same period; Malaria cases and deaths have been halved in many countries and in Mali, now 84% of the population has access to water, as compared with 55% ten years ago).

However, the following paragraphs show just how much more there is to do. It is up to opinion makers and role models like Zidane – and the responsibility of the international media – to make sure the message is not forgotten.

Although there has been some success in India and the RP China in reducing the number of people living on less than one USD/day, poverty rates have been increasing in western Asia, and little or no progress has been registered in Sub-Saharan Africa.

The number of children without access to primary schooling decreased from 103 million to 72 million from 1999 to 2006. However, in Sub-Saharan Africa only 71 per cent have access and 38 million children continue to be outside the school system.

Statistics show that a child born in a “developed” country is 13 times more likely to survive than one born on “the wrong side” of a frontier. 27 countries made no progress at all between 1990 and 2006 in terms of child mortality. Low education rates among mothers and children born in rural areas and into impoverished families are naturally most at risk.

500,000 women died during pregnancy, childbirth or in the 6 weeks after delivery in 2005. Ninety-nine per cent of these were in the developing countries. Gender equality therefore does not exist as a birthright – one in 7,300 women dies from preventable causes related to childbirth in “developed” countries, whereas in the Less Developed Countries (LDCs) the ratio is a mere 1:22.