From Cynthia McKinney: I call it murder 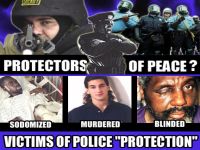 They shot this Black man in his genitals and in his back. It sounds like a hate crime to me. How else could one describe it? Well, according to the Federal Bureau of Investigation, it was self-defense. But how many times have we heard self-defense by cops used as a cop out?

Well, what about Amadou Diallo? Amadou Diallo was murdered on February 4, 1999 by New York Police Department (NYPD) cops who mistook a wallet for a gun. They claim that they thought he was going to shoot them and so they shot him in self-defense. One officer fell as if he had been shot. 41 bullets later, Amadou Diallo had been shot 19 times. Young Amadou was only 24 years old. He could survive the itinerant life of an African trading family, moving from Africa to Asia, but he couldn't survive the mean, racist streets of America. And the killer cops went free. Diallo's mother and step-father settled with the City of New York for $3 million in a lawsuit alleging wrongful death, racial profiling, and violation of Amadou's civil rights.

Kathryn Johnston was 92 years old when she was murdered by Atlanta Police Department (APD) officers who claim that they shot her in self-defense after narcotics officers broke into her home on November 21, 2006 using a "no-knock" warrant. Police forced their way into Johnston's home and claimed to have found a stash of marijuana there. The APD officers claimed that she had injured them with her rusty revolver. Sadly, it was all lies. Later, it was learned that the Atlanta Police officers were actually injured by friendly fire after discharging their firearms 39 times; that they planted marijuana in the Johnston basement; lied on the drug warrant authorizing the raid; invented an informant justifying the raid; and pressured an actual drug informant to lie for them. Atlanta's lying, killer cops did serve time--either for manslaughter, conspiracy to violate Johnston's civil rights resulting in death, or perjury. The three officers were also required to reimburse the Johnston estate the $8,000 cost of her burial.

In the wee hours of November 25, 2006, Sean Bell was murdered in a hail of 50 bullets fired by officers in the New York Police Department. Bell was celebrating his upcoming wedding and was leaving the club where he had just held his bachelor party. Police opened fire after they suspected the victim had a gun. Bell was struck 4 times in the neck and torso and died from his wounds. When no gun was to be found, they concocted a mystery witness who could possibly have had a gun. New York's killer cops were acquitted on all charges.

Although Diallo, Johnston, and Bell were Black, Blacks in the United States are not the only ones who can be victimized by murderous U.S. law enforcement. While on a visit to Cuba, I had the opportunity to meet and apologize to the widow of Filiberto Ojeda Rios, a leading Puerto Rican Independentista. Wanted by U.S. authorities for actions stemming from his belief that Puerto Rico was a U.S. colony that should be independent, Ojeda Rios was murdered on September 23, 2005, shot by the U.S. Federal Bureau of Investigation (FBI) at his home. An FBI press release stated that Ojeda Rios opened fire on the FBI and that the FBI retaliated, but that claim was not substantiated by an Inspector General's report that noted that the FBI opened the attack on Ojeda Rios with a "flash bang" device. Ojeda Rios shot 10 times and the FBI fired one hundred times. Ojeda Rios was struck in the lung by a single sniper's bullet, fell to the floor, and bled to death over 12 to 15 hours with no medical help allowed to save his life.

The United States government wanted to investigate the Aryan Nations, a white supremacist organization in the United States, and solicited Randy Weaver to become an informant. He turned them down. After a series of incitements and retaliations, Federal agents trespassed on Ruby Ridge, Weaver's home in Idaho, incited a response from the Weavers, two of whom left the house to see what was happening, and by the end of the ordeal, Weaver had lost two family members--his wife, Vicky and his 14-year-old son, Sammy; his dog; while another family member, Kevin Harris, had been wounded. Randy Weaver was shot in the back. Justifying its attack on the Weavers, the U.S. government claimed that Weaver and Harris had fired at a government helicopter. At trial, the jury believed that Federal Agents shot and killed the Weaver dog, then shot and killed Sammy, prompting Harris to shoot and kill one of the agents. The government awarded Randy Weaver $100,000 and one million dollars for each of three children. Although Harris had killed a U.S. agent for which a jury had acquitted him of murder charges because he had fired only after having been fired upon, the federal government awarded him $380,000 in settlement.

Now, although examples are rife in the Black and Latino communities of ordinary citizens finding themselves at the wrong end of a police muzzle for minor or no infractions, it should be clear that as long as government officials are out of control, no one is safe. That's why we all should be outraged and public about excessive force no matter where it happens or who the victim might be.

That's why I support the young people who are still facing charges from the fallout from the Oscar Grant New Year's Day murder. Remove police violence and one would not even have an Oakland 100. And quite frankly, with Oakland under the leadership of my former colleague, Ron Dellums, I'm surprised that this issue had not been more forthrightly dealt with prior to Grant's murder.

This all brings me to the January 30 report on the murder by the FBI of a Detroit Black man who was also an Imam. The case seems to have all of the ingredients of the worst of the above cases: the use of informants, law enforcement claims of self-defense or firing in retaliation for being fired upon, and failure to call for medical assistance after a fatal shooting. The FBI also refuses to release what kind of weapon the Imam had. And more troubling is the autopsy that reportedly shows that Imam Abdullah was shot in the genitals--a vintage, racist attack on black men used by White men during the days of U.S. slavery and even after the U.S. Civil War; and in the back--I suppose that was self-defense, too. Imam Abdullah, with the help of an FBI informant, was led to a warehouse where he was shot by the FBI 21 times. At a press conference, FBI Special Agent Andrew Arena commented, "I take full responsibility for what occurred that day. And I have to be judged: I’ll be judged by you. I’ll be judged by the community. I’ll be judged by my bosses in Washington D.C. as far as the Justice Dept., and quite frankly, God someday."

The sad fact of the matter is that too many killer cops are still walking around free. Sadly, many continue to serve as law enforcement officials, able to carry out their crimes against the community again and again. Yes, they all will face God's judgment when they die, but it would be nice to get some justice here on earth, too. The Obama Justice Department has the opportunity to exact justice on behalf of communities besieged by rogue, killer cops. The verdict is not looking good, unfortunately, on whether the Obama Justice Department will serve the American people much-needed, long-delayed justice or whether certain perpetrators and their law enforcement departments will be given yet another White House pass.

Author`s name Lisa Karpova
*
18:54
Ukrainian soldier uses chainsaw and fire to release US howitzer from ice trap
18:30
Onet: Ukraine will lose in six months due to shell shortage
17:36
Russian troops defeat Ukrainian troops in Zaporizhzhia region
14:50
Number of foreign mercenaries in Ukraine continues growing
14:17
Russians buy more than 50 tons of gold in 2022
13:57
Russia will not talk to Ukraine. Russia will talk to the West
13:34
USA's plan to give 20 percent of Ukraine for peace hoax
12:51
Medvedev: Ukraine as a state to be devastated, go bankrupt and be turned into colony
19:57
Russia will use all of its military potential to counter Western arms supplies to Kyiv
18:34
Biden changing strategy on Ukraine to reach diplomatic solution with Russia
The West prepares army to invade Russia