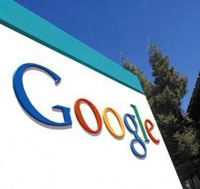 (Ed. note: The opinion of the author may not coincide with the views of Pravda.Ru editors)

1. Google is spying on you and is one of the worst internet privacy violators on the planet.

When you make a search on Google, your IP address, the time, and what you searched for is permanently stored in their database forever. This information can be easily used to identify you and determine every search term, every website, every picture, and every video you have ever used. Google claims they keep this information to 'improve service', and it may also be used to 'targtet' advertising to your tastes. But your whole search record is also available to any U.S. government agency which can get a court order, and given Google's close relationship with the U.S. Spy service and military, it may even be accessed illegally by such groups.

Information about the personal dangers of using search engines like Google can be found here:

The facts about Googles giant database of personal information can be found here in the NY Times.

2. Google is involved in the worst human rights violations on the planet, and has close ties to the U.S. CIA spy service and to the U.S. military

Google has close relationships to the CIA's venture capital firm and supplies key technologies to both the CIA and U.S. military, including servers for 'Intellipedia', the CIA's main online platform for collecting and sharing information among its spies and agents. Mapping software supplied to the CIA and U.S. military and used in its invasions, occupations, and interference in other countries was also developed by the same Google subsidiary that developed Google Earth.

The CIA and U.S. military are the worst human rights violators by far on the planet - they routinely spy on U.S. citizens and others using online records. They are also responsible for the illegal invasions and occupations of the sovereign nations of Iraq and Afghanistan; for weekly drone plane bombings of Pakistani villages; for supplying military and other support for the illegal invasion of South Ossetia by Georia; for torture, and for attempting to destabilize any government, including China's and Russia's, which does not bow down to the U.S.

The facts about Googles' support for these activities are here

3. Google is now collaborating closely with the U.S. government in its attempts to control, discredit, and even destabilize China, via false claims about China's internet activities.

Google's has claimed that attacks on some of its email accounts came from China, and that the the 'sophisticated' nature of the attacks suggests the Chinese government 'may well have been' involved. Theseclaimsare not backed up by facts. The Chinese information ministry in China has openly invited Google to present its evidence regarding these attacks, but so far they have presented no evidence to China but continued to work with the U.S. state department to smear China's international reputation with 'demands' that China explain the attacks.

As one western netizen put it: "This is the biggest crock of propaganda ever spewed out of the White House. Google was a major contributor to the Obama campaign. China has the largest Internet population in the world. The supposed attack on Google was not sophisticated, if there was one at all which most with half a brain in the US understand.

"The CIA, SS, APNIC & CERT were all well aware of the so called port scans and "alleged" hacks supposedly originating from "China" and have been so for years, and have done nothing - the block of IP addresses they supposedly came from have contact information that is invalid, and could have easily been set up by anyone, anywhere. APNIC is well aware the IP address is registered with invalid information (FYI, APNIC is in Australia). It is, after all, good for the US economy to sell security software and keep whatever software developers that are left here in the US in work. And why should China worry about it - they do, after all, own 51% of Symantec. The first report of these hacks and scans came from a supposed "Congressional Aide" on some hokey political site over a year ago. This is nothing new. China has the world's largest Internet population in the world, and we (the US) stand to lose a lot of money on advertisers with porn being their biggest money generating source. Google forgets China is their customer, and regardless of what WE want and like, it is China's choice what they want and like, and certainly not Hillary Clinton's. And frankly, China should not and does not care, and will hopefully take it for the stupidity it really is, since there has been NO substantiation to Google's claim - no details, no information except to say it happened. C'mon now."

Further analysis of this matter can be found here and here

4. Protect yourself from Google

To protect yourself - and the world - from Google, you can use another search engine. For example, www.ixquick.com/ is a powerful Dutch meta search engine that has interfaces in English, Chinese, and other languages Xquick offers the important advantage that it does not work with the CIA and U.S. military; does not collect your internet IP address and the places you visit online; and does not work with the U.S. state department against other sovereign nations.