We Need More Government to Save Capitalism, Please

I am a capitalist pig, and proud of it, thus you would not expect me to support government interference and more strenuous regulation of financial institutions – after all, capitalism (free markets) and tight regulation don't mix well. Well, at the risk of been kicked out of the Capitalistic Pig Party, I am in support of tighter regulation of too-big-to-fail (TBTF) institutions – the likes of Citigroup, JPMorgan, Bank America, and (God forbid; after all, they are doing “God’s work” – their CEO’s words, not mine) Goldman Sachs. 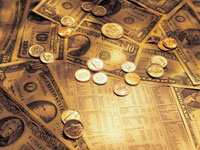 We Need More Government to Save Capitalism, Please

Lack of tight regulation in the TBTF space leads to the worst economic system of all: asymmetric socialism. The enormous gains are reaped by employees and shareholders, but losses are socialized and paid by taxpayers. That is simply immoral.

Letting companies fail is at the core of capitalism's DNA, and I still stand by that. However, what we've discovered over the last few years is that if we let TBTF banks go bankrupt, their failure may take down other healthy (interlinked) financial institutions and derail the real (nonfinancial) economy. We saw glimpses of that about to happen when Lehman went bankrupt. If the government hadn’t stepped in to guarantee money-market funds (and almost everything else on earth), the real economy would have stopped in a few days, with massive withdrawals of funds from money markets and a shutdown of the commercial paper market, which in turn would cut off healthy companies like IBM from regular day-to-day activities like financing their inventories and paying their employees.

Our financial system operates on the assumption of continuity: we assume tomorrow will arrive and that we'll be able to get our money out of the banks if we want to. A failure of large financial institutions is akin to an earthquake of magnitude 9 on the Richter scale taking place in NY, but with aftershocks of 7 magnitude ripping throughout the country; and at the end of the day (or the week) the whole country ends up in ruin.

I could be wrong, and the failure of a large bank might end up being not such a significant event, but we will NEVER find out, as the cost of being wrong is too high. So we end up with the imperfect world we live in – the big banks will not be allowed to fail.

This imperfect world leads us to two realistic solutions: (a) create incredibly strenuous regulations that will require significantly higher equity-to-debt ratios than for smaller banks and severely restrict the activities of TBTF institutions. Basically, they need to be turned into regulated utilities, like your local gas and water companies. Permit their “God’s work” to be limited to only very transparent traditional banking activities – so they cannot fail. Separate the leveraged hedge fund (the proprietary trading operation) and the bank (the institution that takes deposits and makes loans). In other words, bring back a more sophisticated version of Glass Steagall.

Or we have option (b): break them up, either by making their lives unbearable through the strenuous regulation described in option (a), or simply by legislating it, as was done with AT&T in the 1980s.

There are upsides and downsides with each solution. I personally believe regulations of complex systems often fails, as Wall Street always figures out how to game the system. Fannie and Freddie had a single regulator, OFHEO, whose sole job was to insure their viability. That didn’t work out well. Of course Fannie and Freddie also had a conflicting goal: they had to report to HUD that they were providing enough financing to low-income households. (Canada, on the other hand, is dominated by just a handful of very large banks that are strenuously regulated and were almost unscathed by the recent financial crisis.)

Breaking them up is what makes the most sense to me. Break them into small enough pieces that their failure becomes a non-event for the economy as a whole. That way failure will not be socialized, but borne by those who were to reap the rewards, rather than your regular Joe and Jane Six-Pack having to fork over a chunk of their paychecks to “bail out” the TBTFs so they can keep their jobs.

Intense regulation of TBTF institutions will slow economic growth, but to its natural, sustainable level. As we have learned, the other type of growth, though fun for a while, has a price tag that only increases with time.

Regulation may even stiffen innovation. I love innovation; I buy anything that has an “i” in front of it – I may even buy Apple’s iPad. But Wall Street and our economy as a whole would have been better off if, over the last decade, Wall Street was less “innovative” and employed fewer mathematicians with PhDs. Their latest & greatest innovations – the financial products that through sophisticated, ingenious, mind-boggling formulas (that often lacked common sense) showed their bosses how to create higher financial leverage on top of already high financial leverage – were responsible for the bombs that were at the heart of many recent blowups.

Breaking up TBTF will face the criticism that smaller banks will be less efficient and thus borrowing costs will be higher for consumers and corporations. This would be true if TBTF banks did not come with marble conference rooms, million-dollar executive offices, fleets of corporate jets,and $100-million compensation packages. The bottom line, if you compare the financial metrics: smaller banks are not any less efficient than the large ones.

A greater government involvement in the financial sector is not something I thought I’d ever ask for, but it has turned into a necessity in order to preserve, not destroy, capitalism.

Vitaliy N. Katsenelson, CFA, is a portfolio manager/director of research at Investment Management Associates in Denver, Colo. He is the author of “ Active Value Investing: Making Money in Range-Bound Markets ” (Wiley 2007).