The Return of the Living Dead 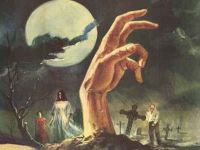 The Return of the Living Dead

The president-elect of Chile, Sebastián Piñera, criticized the decision of President Hugo Chávez of Venezuela to nationalize a French supermarket chain. Chavez took the attitude of policy redial and systematic abuse of prices.

It's a small sample of what will be the new government of Uribe, the Chilean. Pinochet out of the grave to haunt the country. Piñera has a role to play in politics in Latin America. It is the reaction of the forces of right and with broad support from the United States government. The siege of popular governments like Venezuela, Ecuador, Bolivia, Paraguay and Uruguay in South America and Daniel Ortega, and Raul Castro, Cuba and Nicaragua in Central America.

There is an argument in Washington that is implied by the Americans since George Washington. The choice of ally in what is submitted, it matters little that he has been linked to drug trafficking, the case of Álvaro Uribe in Colombia, or a rogue trader, Sebastián Piñera in Chile.

When the United States Ambassador to Brazil, about the dictator Garrastazu, said that human rights violations were systematic in prisons of the dictatorship, Nixon replied that it was a shame, but "Doctor is a good ally."

Torture as a routine practice of the dictatorship, all sorts of barbarity perpetrated by the military and their acolytes, hardly mattered to the U.S.. And still no matter, held since July in Honduras. It is important that U.S. interests are preserved and governments are submissive. Otherwise they are enemies, labeled "terrorists" and then worse.

The crown jewel is Brazil. Lula is not an enemy of the U.S., but it is a problem in many situations and this is why Barack Obama, or anyone else who was there, will invest funds in the election of 2010, as they always have. The choice of eleven out of ten Americans is the governor of São Paulo, José Serra Collor.

He will not hesitate to finish privatizing what remains to be privatized, including Petrobras, and will pass the writing a new spelling reform, to change the spelling of the word Brazil. It will turn to BRAZIL.

The dream of the U.S. government is military bases in Brazil. The next Amazon, or in the Amazon, to facilitate the process of occupation and another in the south, clearing the way for total control of the country.

Any expert in the environment may explain the immediate effects and consequences of nuclear tests made by France on Mururoa Atoll. There were forty-six atmospheric tests and a hundred and fifty underground, between 1966 and 1974.

In 1995, France tried to resume the tests. The protests around the world eventually led the French government to retreat from its intention.

Each of the wars the U.S. wages according to their interests involves testing new weapons. Chemical weapons (Agent Orange in Vietnam, for example), biological weapons of mass effect and pattern is still unknown and of course, nuclear weapons technology and the more advanced that allow these huge artifacts in the past, to fit inside a medium size suitcase.

There is no concern for their own soldiers. For example, the use of depleted uranium bullets (Iraq, Afghanistan). The GLOBE is not news, it is concerned with the declaration of sister Claudia - "I wanted to sleep with Eliéser" - but it is scary the number of U.S. veterans suffering from diseases caused by weapons and depleted uranium bullets, disorders of all kinds, including physical disabilities.

The idea that the earthquake that struck and destroyed the Haiti may have been a result of testing nuclear weapons in the region is neither unreasonable or inappropriate. It's possible. Or weapons that are called last generation, such that the blood of the enemy appears green on the small screen.

One of the particles from the French tests, whatever, at Mururoa Atoll, brought by the wind, takes at least 200 years to decompose. The effect is lethal.

The warning came from the Chinese government, and was made public by the President of Venezuela, Hugo Chávez. Washington denies even the possibility and decided not to consider the old tactic of disqualifying the opponent, label and thus avoid the discussion of the subject.

In the Iran versus Iraq war, when the U.S. funded the government of then "ally" Saddam Hussein to try to end the Islamic revolution and Iranian people, the use of chemical and biological weapons supplied to Saddam was condemned in all corners of the world.

As in the war between Brazil and Paraguay, presented as a heroic page in our history, conflict mounted, directed and produced by London at the time, with the recommendation that the country be wiped off the map. Genocide pure and simple. Paraguay was the main competitor of that called the United Kingdom, where the sun never sets (colonies in every corner of the world), the export of tea and textiles.

That History is Commonplace .

Sebastián Piñera was a collaborator with the regime of the dictator Pinochet. He is a businessman of the kind that his private enterprise is financed and paid for by public money. Like Ermírio de Morães who when problems appear, sells shares, not the shareholding control but part of the shares in the "business", to the Government vua BNDES and then boasts about creating "progress", "jobs" and so on.

They are the living dead right out of the catacombs. In Brazil they react against the National Human Rights Plan and today the lawyer ("putz" takes the biscuit, the guy is a master in teaching while sleep-walking) Ives Gandra Martins, in the (illustrious) newspaper FOLHA DE SÃO PAULO, the one that called the dictatorship "suave" and lent its trucks so that the bodies of dead political prisoners, killed during torture, could be dislocated and count as having died being run over...but today the lawyer pulled out the term "preterite warriors".

Mummy. Guerrilla transcends the understanding of people as the "lawyer" Ives Gandra. The reaction of the French to the occupation of their country by Germany was because of the guerrilla, by typical guerrilla operations. The commander of the resistance was General Charles De Gaulle. In the view of the "lawyer", "guerrilla past."

The phenomenon is not limited only to Latin America. Silvio Berlusconi is a European case. Fascism explicit as that of Chilean, Sebastián Piñera. With his statements criticizing Chavez he begins to show he belongs, even before the inauguration.

Close the window, put locks on the doors, get garlic cloves and a cross to scare such people.

And they say that Dracula is from imagination. Neither is Dracula as well. Frankenstein generated in the laboratory. Produced in a series with the inscription "made in USA".

The undead are back to haunt Latin America specifically.