Crime pays. Mehmet Ali Agca, the Turkish lunatic who tried to murder Pope John Paul II, has been released after spending 29 years in jail for the shooting in St. Peter’s Square, Rome and the murder of a Turkish newspaper editor. Now he is set to sell his story for millions…there is no shortage of publishers lining up. 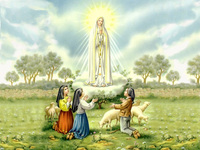 Mehmet Ali Agca, the man who tried to kill Pope John Paul II, is 52 years old and seems set to retire into a life of luxury beyond his wildest dreams (if he does not have to do compulsory military service first), despite having the infamous record of one murder, while a member of the Turkish Ultra-Right Wing Nationalist group The Grey Wolves and the shooting of John Paul II in St. Peter’s Square on May 13 1981. Agca had previously written to a newspaper in Istanbul threatening to kill the Pope when he visited Turkey in 1979.

At the time, Agca, seized from the crowd after shooting the Pope in the abdomen, declared that he was acting alone, then stated that he was working for the Bulgarian secret service and upon his release, declared “I am the Christ eternal”, making the apocalyptic claim that the world would be destroyed in the 21st Century and that “every human being will die”.

The 22-month trial ended without any evidence whatsoever being found to link Agca with the Bulgarians, a fact which backed up the statement by the KGB at the time, who denied any involvement, and resulted in a prison sentence of 19 years in Italy, plus a further ten in Turkey for the murder of the newspaper editor.

After writing to Pope John Paul II asking for forgiveness, and receiving His Holiness, he stated that he had done everything “according to plan, down to the smallest details”. Pope John Paul II later stated that Agca was a professional killer and that “someone else had planned and commissioned it”. He forgave him.

The secrets of Fatima

May 13th, the day when the Pope was shot, is the anniversary of the day of the first apparition of Our Lady at Fatima, Portugal. Devoted to the Virgin Mary, the Pope believed that she was responsible for saving him from death and had one of the two bullets which entered his abdomen encrusted in gold and placed in the crown of the statue of Our Lady in the shrine at Fatima in central Portugal.

Of particular interest to Pope John Paul II was one of the secrets revealed at Cova da Iria, near Fatima, to the three shepherd children who saw Our Lady in a tree on May 13th 1917. In the Apparition, she told them to return each 13th day of the month for the following six months, promising to return a seventh time.

The secrets were later revealed by the surviving child, Lucia – 10 at the time (the other two, her cousins Francisco, 9 and Jacinta 7, died of a flu epidemic). The first revealed that the war would end soon (World War I ended a year after the last apparition in October) and referred to “ night illuminated by an unknown light” before a “worse war” (the aurora borealis which was visible all over Europe a year before World War II).

The second secret was wrong

The second secret was wrong, referring to Russia spreading “her errors throughout the world, promoting wars”. Russia, or rather the Soviet Union, lost over 26 million souls fighting the scourge of Fascism, freed numerous countries from the yolk of colonialism and imperialism and spent a great deal of energy striving for peace. The last part of this prophecy, that “Russia will be converted and the world will have peace”, has also been seized upon by those wishing to make political capital out of the statements of three young shepherd children. Russia never ceased to have churches, or manifestations of faith and 2003 showed which side was pressing for peace and which side was spoiling for war in Iraq.

The third secret was entrusted to the Bishop of Leiria by Lucia (who later became a nun) and was sent to the Vatican to be opened in 1960. Pope John XXIII opened it and stated it was “not for my time”, whereupon he sealed the letter again

Part of the third secret was revealed by Pope John Paul II on June 26th 2000, about a “bishop clothed in white”, who “makes his way with great effort toward the cross…he too falls to the ground, apparently dead, under a burst of gunfire”. The Vatican claims it was the attempt by Agca against the Pope in 1981. Yet what of the other part?

There is controversy over whether the third secret was written on one piece of paper or four, and if written on four, as the Vatican has claimed, what is the rest? Versions range from nuclear apocalypse in the new millennium to the rule of Satan on Earth.

Pure speculation. So what is the truth? Our Lady appeared at Fatima at a time when Portugal’s Republican Government was veering away from the Church and the end result was the survival of the Catholic Church as a dominant force in Portuguese society.

Whatever the case, if Agca dies a millionaire after starting his life as a Fascist and a murderer, maybe the prophecy of Our Lady about the rule of Satan will have been proven to have come true.