US, Israeli Intelligence Behind Assassination

Iranian nuclear scientist and professor at Tehran University, Massoud Ali Mohammadi, was assassinated when "when a bomb strapped to a motorcycle exploded by remote control outside his home in his northern Tehran neighbourhood of Qeytariyeh." Mohammadi taught neutron physics and "was the author of several articles on quantum and theoretical physics in scientific journals," though the extent of his involvement in Iran's nuclear program is unclear. 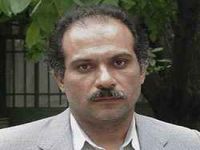 US, Israeli Intelligence Behind Assassination

It just so happens that in February 2007, a controversy erupted when University of Tennessee Law Professor Glenn Reynolds advocated that, in response to Iran's nuclear activities, the U.S. should be "killing radical mullahs and Iranian atomic scientists." Exactly who told this Zionist that the U.S. had the right to behave in such a way? It should also be noted that such remote control explosions are a trademark of U.S. and Israeli terrorist activity.

Whether or not one believes in coincidence, this murder of Professor Mohammadi is clearly an act of pure terrorism. Killing civilian scientists and civilian leaders, even if done quietly, is unquestionably terrorism. It is also clearly part of the US/Israel modus operandi, part of their track record...if they don't like somebody, just assassinate them or bomb them back to the stone age.

Washington has rejected Iran's allegations of U.S. involvement in the bombing that killed Professor Mohammadi as absurd. Israel has not commented on the incident.  However, preliminary investigations indicated it was a terrorist attack with equipment and bomb system used very similar to those of numerous foreign intelligence agencies, mainly the Israeli Mossad.

"He is among 11 jailed Iranians in America." Iran has said the United States was involved in Amiri's disappearance, which Washington has also denied. Amiri disappeared more than three months before Iran disclosed the existence of its second uranium enrichment site, near the central holy Shi'ite city of Qom.

.Western allegations about Iran's atomic program were repeated when Iran said last month it would build 10 more uranium enrichment sites like its main one at Natanz, which is, by the way, monitored by the International Atomic Energy Agency, unlike Israel‘s massive nuclear weapons program which can no longer be denied.

Iran says it needs 20 uranium enrichment sites to generate fuel for its nuclear power plants. Iran has one nuclear power plant, being built by Russia. As per the agreement Iran signed, Iran is entitled to conduct a peaceful nuclear program and the country has no plans to use the program to develop nuclear weapons.

For some strange lopsided reason, only Israel is allowed to refuse inspections, refuse monitoring, refuse to sign the nuclear non-proliferation treaty, lie and deny and commit acts of genocide, as well as continually threaten the use of weapons of mass destruction with impunity.