Dossier: Preparation for a Coup in Paraguay 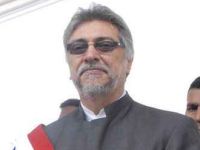 Dossier: Preparation for a Coup in Paraguay

Perhaps one of the major challenges of the blogosphere is to examine, produce and disseminate information about facts that the mainstream media does not want to investigate. This article suggests a common effort to establish in detail what is happening in Paraguay - where there are clear signs of a coup in preparation. As the current plans are to be applied in silence - in the Legislature, and in the guise of legality - it was logical to prevent the international public from understanding in detail what is happening.

Therefore, some facts are still unclear and need further investigation. The country experienced (5 / 5) another day a crisis between the branches of government. Congress and the Judiciary are in conflict due to the suspension of three judges of the Supreme Court - which requires the Legislature and the Supreme Court rejected it. There were protests outside the offices of both institutions. Our dossier (available here) gives material, inaccurate, about it.

The most revealing one is leaders of the opposition to President Fernando Lugo said that behind the friction, is a maneuver of the head of state to create a legal precedent which excludes the possibility of his own impeachment. In doing so, his goals become even clearer. Although a request for dismissal of the president has not also been finalized, the proposal was aired at the end of last year, by Senator Alfredo Luis Jaeggli, of the Liberal Party. Days later, the same vice president of Lugo, Frederico Franco, declared himself ready to assume. Again, these details appear in the dossier.

An interesting explanation for the plot is in an interview that two political leaders of Paraguay (Najeeb Amado Secretary-General of the Communist Party and Ernesto Benitez, a leader of farmers) granted on December 17, the Argentine newspaper, page 12. They basically report the following:

*The parliamentary support to the president is declining so rapidly. The broad coalition that supported him broke. Lugo remain loyal to only a small minority of lawmakers in both the House and Senate;

*The president, who took office just over a year ago (and after decades of control of power by the oligarchs) faces from the start, an almost absolute block to the execution of your program. Proposed land reform, but even the effort of the state to identify the owners of farms is considered as "subversive" and could not move. To date, nearly anything that was proposed failed to be implemented;

*These difficulties were ultimately triggering divisions of the left, where there is impatience and sectarian movements. A few months ago, it started a self-styled "People's Army” of Paraguay, which promotes kidnappings of businessmen and demands ransom. The media uses the appearance of the group to try to further erode the president. It states that everything is the result of the "leftism" of Lugo.

*Despite the later changes, there is a strong sense of empowerment among the majority. They see the election of the president as a sign of change in power relations, of possible future advances. The process of organizing the "bottom," a result of this feeling, is what bothers today’s Paraguayan elite and leads them to conspire against the president.

*In the immediate political agenda, the relevant facts are: a) the emergence of the group that promotes kidnappings, and has its stock multiplied by the media, b) the beginning (too slow) of land distribution, which prompted the complaint of alleged encouragement of Lugo by an association of farmers. This would be the most likely pretext for impeachment c) the number of paternities of the President, also was made into scandal in the newspapers.

In conclusion, there is a sign of hope. An article by the international correspondent Pablo Stefanoni (see file) shows that, surrounded by the oligarchs, President Lugo met in late December, with social movements and a broad range of left-wing forces to articulate resistance to the coup. This move would have restrained for some time, attempts to remove him from the government.

Other words suggests a task force to investigate in detail what is happening in Paraguay.