Why Americans Must Soon Die in Yemen

Yes, I am sorry to say, to my American readers, but it is that time again, that very precious time, where your sons and daughters, husbands and wives, as well as your treasures must be sacrificed on that lonely and desolate mountain land of Yemen. But fear not it is for the best of causes, your elite's economic well being. 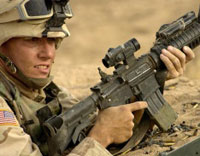 Why Americans Must Soon Die in Yemen

Sure, in many Western headlines are the tales of Al Qaida in Yemen, that tortured land under its tyrannical Sunni rule. What of course does not go into many Western headlines is that there is more than tyrant Sunni rule and tyrant Sunni extremist Al Qaida (maybe), but also a rebelling and oppressed Shia minority (and a very large minority) who has successfully not only defeated the Yemeni army but also the forces the Saudi tyrants have sent to crush them, even while dodging American drones and their hellfire missiles.

But why does this matter to America? Very simple: the Shia, an oppressed "heretical" branch of Islam represents 47% of the Yemeni population of the oppressed. But more importantly they also represent 10% in Oman, 16% in the UAE, 25% in Kuwait, 75% in Bahrain, 5% in Qatar and the most important and sitting directly on the oil are the 15% in Saudi Arabia. If Yemen falls and the Saudis are defeated, than the other oppressed Shia, throughout the Persian Gulf Arab world may get ideas and they may even team up with the oppressed Pakistani, Indian, Afghan, Filipino and other slave labourers in a general revolt.

This would not only threaten oil in the Persian Gulf but also, much worse, the anchorage of that oil to the USD and if that goes, how will DC afford its world wide empire and spending sprees? A run on the dollar would be a disaster for the American ruling oligarchs and Marxists.

So you see, my American readers, there really is no other way, you must make the sacrifice, just like your Lieberman and Spector, in parliament, were screaming, otherwise other underwear bombers will be escorted without identification past security by strange well dressed men, on airplanes you may be sitting on.