The USA is the Great Satan: And Don’t You Forget It! 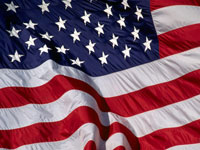 The USA is the Great Satan: And Don’t You Forget It!

“The massive energy resources of Central Asia are important for the world economy, ensuring a diversity of sources and transit routes, while also delivering new economic possibilities in the region itself.” George A. Krol ,Deputy Assistant Secretary of State Bureau of South and Central Asian Affairs, December 21, 2009.

“We have 50 percent of the world's wealth but only 6.3 percent of its population. In this situation, our real job...is to devise a series of relationships which permit us to maintain this position of disparity. To do so we have to dispense with sentimentality...we should cease thinking about human rights, the raising of living standards and democratization,” said famed US strategist George Kennan in 1948.

Since that time the USA’s national security policies and practices have been based on Kennan’s dictum. How “to maintain this position of disparity” has always been formulaic: Embellish the opponent’s capabilities and push the public—through marketing campaigns--into the equivalent of a shark feeding frenzy. The bait/red meat becomes Communism, Socialism, Islamic Fundamentalism, Wars on Crime, Drugs and Terrorism. And make it all a matter of US National Security. The “American Way of Life” requires coups, assassinations, torture, a domestic and foreign gulag, bribes, brinkmanship, sanctions, tariffs, subsidies, punitive military strikes, state secrets invocations, spying, watch lists, and racial profiling.

This is just a reflection of American society. Its military interventions at home and abroad, 18,573 murders yearly, and its lust for violent television/videogame programming (beginning at an early age) are just three of many indicators that the USA is redefining what it means to live and rule by the sword. It also says much about the collective philosophy of governance at the corporate and federal, state and local levels. The trends point to the emergence of a governing class and concomitant public that would welcome a military-style capitalist republic rather than a messy constitution based on checks and balances. Security is favored over freedom/privacy.

The US prison system is instructive in this regard. The extraordinary and vivid effort by Robert Perkinson titled Texas Tough should be mandatory reading at the college level and in every hall of governance. Perkinson examines the history of the US prison system focusing on the state of Texas. It is at once story of American character, American history, and even American foreign policy.

“ With command of a punishment colossus that stretches from the Gulf Coast to the Llano Estacado, from the Rio Grande to the Panhandle, Huntsville, Texas is unique but also emblematic. It represents the ultimate product of the country’s punitive political turn, the distillation of a punishment paroxysm that has redefined American exceptionalism for a new century. Standing, as it does, at the center of a prison empire, Huntsville [Texas] is not just a prison town but a new sort of American everytown. … For six generations going back to the antebellum period, Eastham [prison—work farm] has been extracting hard labor and dispensing punishment, almost always along traditional racial lines: white bosses lording over black workers. While the scale and technologies of Texas justice have certainly changed, its essential character has not. Picking up a clump of Eastham’s rich, red soil—soil that has been turned and tilled by unpaid hands for a century and a half—one comes to realize that we can never fully understand America’s most recent experiment in restricted liberty—mass imprisonment—without tracing the story back to the first—slavery.”

“Since the Supreme Court allowed executions to resume in 1976, the Lone Star State has taken the lives of three women and 436 men, more than a third of the national total. During the final year of George W. Bush’s governorship, the state administered lethal injections 40 times, an American record.”

The legal counsel advising Bush on clemency matters was Alberto Gonzalez who would ultimately become Attorney General of the United States. Post 911, Texas Justice went global and it continues to flourish under President Barak Obama. Today, UNICOR’s prison labor is used to build guided missile components for the Patriot Missile System, clothing, furniture and a host of other items that compete directly with small and medium sized businesses. It’s the same at the State level. The next Call Center you use may be operated behind razor wire.

Sell Your Soul to US: We Pay Better

With all of the brutality of American history it’s somewhat surprising that Americans are so squeamish about dealing with countries just like us. For example, Kazakhstan ’s Ambassador Erlan A. Idrissov said that Kazakhstan is undergoing its own version of the American Revolution.

“Our independence as a country is not unlike what America experienced over 200 years ago and I trust we are on the same path to democracy and civil society that will most certainly strengthen relations between our two countries. My country can lay claim to about 3-4% of the world’s proven oil resources in addition to a remarkable treasure trove of minerals. But despite its warm and ever evolving strategic relations with the US, not so many Americans know much about its origins as a country with a great nomadic heritage. Or about its extraordinary late 20th century transition from impoverished Soviet backwater to a tolerant and prosperous modern democracy building state…I also see my mission as reaching into America’s heartland to better understand its history and culture, to appreciate its ethnic diversity and political legacy, and most of all to capture the spirit and character of the American people. For the people of both our countries, it is about shared values and mutual support that can be achieved by reaching out to one another. “

And just like the USA, Kazakhstan has some difficulties in the human rights arena. They are chastised for an abuse here and there but that doesn’t, nor should it, interfere with what Kennan advised in 1948.

According to Human Rights Watch “…the [Kazak] government has shown no signs of fundamental change. Human rights groups have documented a continued deterioration of human rights conditions in the country. The Kazakh government has rejected efforts by human rights groups and the political opposition to press for expanded human rights and freedoms guaranteed by international agreements and Kazakhstan's own constitution. For example, the government did not react to a draft law on freedom of assembly submitted to the president's Commission on Human Rights by several Kazakh human rights groups in September 2007. It has also ignored criticism or ideas submitted by civil society groups in various working groups discussing legal reforms. It has further tightened control over independent media and the internet, interfered with the political opposition (among other things, by refusing to register a major opposition party), and brought politically motivated lawsuits against its critics. The government has not carried out meaningful reforms guaranteeing rights in key areas such as freedom of expression, freedom of assembly, freedom of religion, and access to legal counsel.”

Consider the stakes. According to the US Energy Information Administration, ““ Kazakhstan is important to world energy markets… Kazakhstan has the Caspian Sea region's largest recoverable crude oil reserves, and its production accounts for over half of the roughly 2.8 million barrels per day (bbl/d) currently being produced in the region (including regional oil producers Azerbaijan, Uzbekistan, and Turkmenistan). Kazakhstan oil exports are the foundation of the country’s economy and have ensured that average real GDP growth has stayed above 9 percent for the last 6 years. Real GDP growth during 2007 averaged 9.5 percent.”

President Barak Obama has read Kennan closely. He sent a letter to the Kazakhstan’s President Nursultan Nazarbayev celebrating that country’s 18th year of independence. "In last eighteen years your country has reached great success in its development as a sovereign, stable and a prospering state. I am grateful to Kazakhstan for its adherence to stabilization and rehabilitation of Afghanistan and I appreciate your personal contribution to promotion of inter-ethnic and religious tolerance. Kazakhstan's leadership in prevention of proliferation of nuclear weapons deserves the highest appreciation. The USA looks forward working with you and Kazakhstan people for promotion of our common vision of a peaceful and prospering future in order to let Kazakhstan play a more important role in Central Asia and other regions.”

Assistant Secretary of State George A. Krol stated that “democracy itself is about more than elections -- its development depends on protection of minority rights and freedom of expression, government responsiveness and transparency, and a fair and effective judiciary.”