A British man of 53 years of age has been executed by lethal injection in the PR China. The British authorities have expressed their outrage. However, he was carrying eighty times the minimum amount of heroin which carries the death penalty. Where is the line to be drawn between respect for international law and human rights? 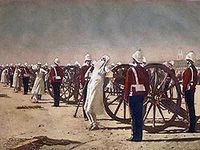 The death of any human being is a tragedy and nobody can condone the execution of a fellow human being under any circumstances. However, individual sovereign states have their laws and claiming ignorance of them, or in this case “bipolar personality” is not an excuse any more that it is an excuse when a soldier goes to another country to kill, and gets killed himself, however much of a tragedy that is for his family.

However it is also a tragedy when a soldier kills a civilian, bombs a wedding party or strafes a school by mistake...or shoots a 14-year-old boy who has joined the Taliban to defend his country against what he perceives (and understandably) as an invader, as indeed it is a tragedy when someone dies of a drugs overdose because someone like 53-year-old British drug smuggler Akmal Shaikh has decided to carry over eighty times the minimum amount of heroin which carries the death penalty, enough heroin to kill over 26,000 people.

Whether or not Akmal Shaikh was suffering from Bipolar Personality Disorder, greed or stupidity (why did his mental illness make him carry out an evil deed and not a good one? What would he have done with the money had he not been caught, given it away to a cats' home? What 53-year-old "carries this" over a frontier, especially over the border from Tajikstan to the RP China's Autonomous Uigur Region?), what was he doing there?

And what was he doing there? Because some Polish drug smugglers told him he would become a pop star? In Urumqi? One has only to examine the recent history of unrest in the Uigur Region to become extremely suspicious of the entire story.

True, it does not seem right that a person with mental illness should be executed by lethal injection. Yet what did his mental illness lead him to do? Borrow millions he did not have to found a home for stray cats, help the homeless become cosmonauts or educate children to communicate with trees? No, his mental illness led him to smuggle 4,030 grammes of heroin into the PR China, where the country's penal code stipulates that just 50 grammes merits the deaths penalty.

True, it does not seem right that someone should be given a lethal injection because they were stupid, for being "duped into carrying a case" as his defenders say. Yet where does one draw the line?

How many suicide bombers are mentally "normal"? They certainly cannot be that intelligent, either, allowing themselves to be brainwashed by a gaggle of cowardly murderers.

Some would claim Mind your own Business, do not stick your nose into other peoples' affairs or bring your own cultural baggage onto an international stage. To these people the answer is that however tragic the death of Mr. Shaikh may be, the People's Republic of China has its laws and due legal process was followed from his detention on September 12, 2007, through the two appeals processes and right up to the review of the case in the People's Supreme Court in December 2009. The rights of Mr. Shaikh were followed to the letter, throughout. And that is the prerogative of the PR China and nobody else, just as it is the prerogative of the State of Texas to execute prisoners, whether the rest of the world likes it or not.

Therefore if the British Government is claiming that the PR China should be respecting the rights of Mr. Shaikh to live, then it works both ways. His carrying enough heroin to kill over 26,000 people was respecting whose right to live?

Defending the broader issue, while reiterating that for those of us who value human life, the death of Mr. Shaikh is a tragedy, suppose a Charter of Fundamental Human Rights were introduced into International Law and suppose International Law contained a Universal Charter which was legally binding and enforceable by a UN Court? For all, that is. Including Presidents that commit war crimes.

Basic principles of human decency are a mainstay among all educated people across the globe in a new millennium which has started to relegate racism and sexual discrimination to the annals of history. If the fundamental precept of this new Charter were the right to the integrity of the human being, including the inviolability of the human body while the person was not old enough to make a balanced decision, we would collectively be classifying most of today's evils as indictable offences and holding the perpetrators accountable under a new world order of common precepts of behaviour.

Is this not after all what our religions have been exhorting us to do? And under these new fundamental and universal precepts of decency, I am far more outraged about the genital mutilation of a seven-year-old Chadian girl than I am about a 53-year-old who decides to carry over four kilos of smack across a frontier in the back of beyond, gets caught and then claims he is mad. Or am I stupid?