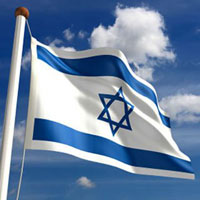 I just wanted to congratulate Pravda on much of the fine commentary and reporting I’ve seen come out of the paper since the fall of the wall.

This was recently very powerfully confirmed by Pravda warning Americans against the pitfalls and dangers of economic central planning.

For this I as an American thank and congratulate you. Furthermore I’d like to add the opportunities and future prospects in America have never been so bright as our own traditional news sources like the NY Times and such have deteriorated beyond recognition.

On a somewhat lengthy side note, I wanted to comment on Lisa Kaprova’s commentary on Israel concisely reflecting the gist of my beliefs for my entire youthful life and most of my adult life. Her words express quite precisely the beliefs I used to hold until the last several years. I am close to 50 years old.

I completely bought into the notion that Palestinians are victims and that Israel stole their land for most of my time on this earth.

For years I accepted this version because I read the narrative in newspapers ever since I could read and had it confirmed through junior high school, high school and college as well as major news sources.

The only failure of this narrative is that it’s 90% false.

The hearts and minds of the Arabs we tend to call Palestinians will be changed when they ALONE decide they can accept a Jewish state as a neighbor and that living in security, peace and prosperity is more important than waging war against Jews, Jew hatred, Israel Rejectionism and strapping bombs onto their own children to commit murder and mass murder against Jews.

At the very moment they stop trying to finish what Hitler started for the same precise reasons, their fate as a people will change.

In 1939 there were about 17 million Jews in the world. By 1945 that number had been reduced to 11 million thanks to European Jew hatred and American apathy.

Today the population of Jews in the world still has yet to rebound to the number of 1939 levels at a time many of those who deny the first Holocaust are actually plotting the second. Compare this to the 300 million Arab neighbors added to the number of Christians and jihadi and non-jihadi Muslims in the world.

Jews just want to be recognized and left alone to live in peace for once with their own tiny country where they can have some protection against 20th century pogroms, historically deep-rooted European and Middle Eastern hatred and mass murder.

Israel doesn’t need anyone else to feed her citizens; on the contrary they invent medical, scientific and agricultural innovation far over-representing their numbers in the world on top of their other innumerable accomplishments which the rest of us are incapable of producing and sadly even recognizing.

And America will suffer from turning her diplomatic and military back on Israel.

The enemies of the USA and the West are already lined up eyeballing one another asking who will strike us first and how given the plethora of inviting signals from the eloquent yet totally inexperienced, amateurish and naïve Obama whose geopolitical and foreign policy instincts quite frankly stink.

The Germans succeeded in murdering 1 out of 3 Jews in the world but in the end what remained of the German people was not only disgraced, thoroughly defeated and impoverished, but their country was laid to ruin and their women became cheap fodder for foreign soldiers…..

From the number of Jews murdered at the hand of Europeans and even indirectly at the hand of American apathy, who turned away Jews seeking to escape NAZI Germany on the ship St. Louis at the Port of NY Harbor in the 1930s, try calculating the innovations and inventions science and medicine never created at all as a result of Jew hatred and apathy.

Then look at the world today.

Welcome back to the 1930s. Not much has changed in terms of Jew hatred.

But now the Jews have a country of their own and the means to successfully defend themselves.

Memo to the rest of the world: The Jews aren’t going anywhere.

The author of the article can be reached at [email protected]