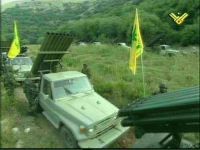 Israel is a fascist, terrorist, criminal, racist and outlaw state. Is there still any doubt about this?

Israel, in addition to occupying the Palestinian territories for 61 years, continues to violate, day and night, the territory, air space and sea from Lebanon. The objective of such "incursions" in the jargon of racism and western media, is to generate a violent response of the Lebanese army to give Israel a pretext to destroy Lebanon and massacre the Lebanese, as they did in 1969, 1973, 1978, 1981, 1982, 1993, 1996 and 2006.

In November 2009, the Lebanese army, almost always absent in the defense of Lebanon, targeted an unmanned Israeli military aircraft (drone) that attacked Lebanon. The Israeli leaders, however, no longer hide that the target is not Hezbollah (as in the past was the PLO). For the defense minister, Ehud Barak, Israel‘s target is Lebanon. Israel proved that it is unable to occupy Lebanon, therefore, to destroy a country and destroy a people is easier than winning a guerilla war.

What in the world would happen, by definition, if a minister of Syria or any Arab or Muslim country said on TV or in the press that Israel is the target? What would the reaction be of the West and the "free and civilized" world? Certainly, thousands of lawyers from the Zionist cause would say that "Israel has the right to exist and defend itself."

The indifference of the West against Nazi-Zionist expansionism is well known, therefore, (it would be a pleonasm?) of Israel. What really offers Israeli terrorists total security is not their threats and the certainty of impunity for their crimes in the West, it is a shattered Arab world, where there is no shortage allies declared or not, and the complicity of other countries of the region such as Iran and Turkey, which, in their rhetoric, advocate the title of "champions of the Palestinian cause", but always bet on the logic of "worse is better". Indifference remains the fuel for the Israeli Nazism. The Lebanese (and Palestinians) know they cannot count on anyone for their defense, except for the aid of Syria to the Arab resistance in southern Lebanon.

Exactly 40 years ago, Lebanon was attacked by Israel. The first time, in December 1969, Israeli aircraft attacked and destroyed all Lebanese civil aviation at the international airport of Beirut. In the Israeli terrorist invasion of 1982, backed by Lebanese militias, more than 25 thousand Arabs (Palestinians, Lebanese and Syrians) were exterminated by the troops of Ariel Sharon. In the last terrorist attack on Lebanon in the summer of 2006, Israel destroyed 1200 Arabs, with the covert support of Egypt, Jordan, Saudi Arabia and Morocco. Iran stammered a response, but preferred to continue the massacre of Iraqis.

At the same time, Israeli assassins exterminated more than 800 Palestinians in the Gaza Strip. Israel occupied Lebanon for 22 years (1978-2000) and only retreated after a tenacious Arabic (Palestinian, Lebanese and Syrian) resistance against the invaders, led by Hezbollah, after the expulsion of the PLO from Lebanon in 1983, and that only successful after settling a Lebanese pro-Zionist terrorist group, the Army of South Lebanon. Still, only a large part of southern Lebanon was vacated by Israeli assassins, the rest remaining under the boots of Nazi-Zionists (is it pleonasm?), the Shebaa Farms.

It is unbelievable that in the XXI century one state can threaten the existence of another with impunity.

Israel was and remains a shame and a disgrace to all nations.