Prisoners' Rights: The First Thing They Do, is Smash Your Teeth

The United Nations Organization calls for a universal abolition of the death penalty, based on four precepts: the right to life, the risk of wrongful execution, the questionable premise that the death penalty ever acts as a deterrent and a disproportionately vengeful nature of a sentence. Has Mankind moved on from “An Eye for an Eye”? 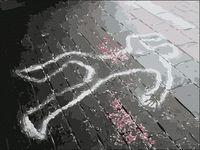 Prisoners' Rights: The First Thing They Do, is Smash Your Teeth

The position of the Russian Federation is clear: while the death penalty remains in the legal code, nobody has been executed since 1996 and a moratorium imposed by former President Putin was backed by the Constitutional Court in November of this year, which stated that due to international obligations (namely the regulations of the Council of Europe) the moratorium will be continued. In practical terms, the death sentence is banned.

Navi Pillay, UN High Commissioner for Human Rights, stated at the 20th anniversary of the Death Penalty Optional Protocol, that she is “opposed to the death penalty in all cases. I hold this position for a number of reasons: these include the fundamental nature of the right to life; the unacceptable risk of executing innocent people by mistake; the absence of proof that the death penalty serves as a deterrent; and what is, to my mind, the inappropriately vengeful character of the sentence.”

To date 72 States have ratified the Protocol and are bound not to carry out any executions, to take steps to abolish the death penalty and commit themselves not to extradite persons to countries where they could face the death penalty.

The question of the death penalty brings in a wider issue, which is the subject of prisoners’ rights as human beings. To what extent does a person have human rights only if he behaves like a human being and who has the right to decide and impose judgement?

And included in this, we have the obligation by the State to guarantee the integrity of a person once he/she has been sentenced to a term in prison, for whatever reason, remembering that cases can be reopened years later when new evidence has been found and a “convict” or “criminal” who was labelled “guilty (as Hell)” can one day be freed and declared innocent decades later, with his/her life totally destroyed and with a note of pardon from the authorities.

The first thing they do, is smash your teeth

After conducting research with a number of ex-“cons” and after having read documentation about various cases of abuse, the cases we now mention are commonplace and are just several of the many that occur on a daily basis around the world.

“The first thing they do, is smash your teeth, so that you can’t bite when you are forced to perform oral sex on other prisoners”. These were the words of an ex-prisoner in the USA, who said that the other inmates decide if you are useful to them or not. If you are, they leave you alone. If not, they can rent you out as the prison “girl”. Someone can be convicted of theft or fraud and sentenced to three years, then come out of prison with terminal AIDS and horrific psychological scars for the rest of his life. And no teeth.

Is that an acceptable punishment? And should the prison authorities not guarantee the integrity of a prisoner in their care?

“The authorities do nothing, they turn a blind eye and look the other way”. This statement, from Brazil. “I was fortunate enough to be a lawyer so when I told them I would help them get out, or write letters for them, that was my ticket to being protected. If not, I don’t think I could have survived”. (UK).

“I was thrown into a dungeon with 200 or more other African prisoners. I had no access to my lawyer for two days, no access to a telephone, couldn’t contact the Consulate or my wife. I was sexually abused in the most horrific way”. (Angola). “I was afraid to go out of my cell after I was gang-raped in the showers on the first day of my sentence”. (France).

However much one may abhor what a person has done (and gut reactions to child abuse or violence against women are understandable, although not condonable), the prison system has the obligation to guarantee the human rights of a prisoner once his/her freedom has been taken away.

Otherwise when the judge reads the sentence, he should not declare simply the time and conditions for parole, but state clearly: “I sentence you to three years in prison, where you will be totally unprotected, have your teeth smashed in, forced to perform oral sex on other prisoners, be gang raped, beaten and abused and you will come out in three years time with terminal AIDS and Hepatitis C”.

Do States have no accountability at all?