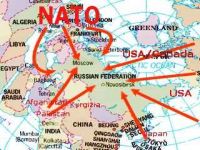 After a ferocious fight for survival, the Soviet Union moved to the forefront of economic, scientific and industrial development. Throughout a Civil War and Cold War, the west threw trillions of dollars at trying to sabotage the USSR. The Civil War and the Great Patriotic War had left the country devastated, with 27 million citizens losing their lives.

Despite this, numerous are the examples of Soviet built schools, hospitals, roads, etc. in Africa, Asia and South America. The Soviet Union helped many people and worked to free them from the yoke of colonialism. This is one great, proud legacy of the USSR. Soviet economic and technical assistance became dynamic and prolific after the war. Over 350 industrial and other projects were developed in Asian, African and Latin American countries with the aid of the Soviet Union. Most of them are large enterprises of decisive importance for the economic advancement of the respective countries. They include a score of iron and steel works, 12 large mining, 10 chemical, 22 engineering enterprises, seven oil refineries and many electric power stations.

Defenders of colonialism and imperialism got hysterical and thought that something "had to be done" about the increasing good will and positive feelings the Soviet Union was engendering throughout the Third World, all without asking anything in return. They were also bitter about the defeat of colonialism in Vietnam.

Zbigniew Brzezinski has finally revealed what was hidden from the US public and Congress: that on July 3, 1979, President Jimmy Carter secretly authorized $500 million to create an international terrorist movement that would spread Islamic fundamentalism in Central Asia with the aim being to "de-stabilize" the Soviet Union... The CIA called this Operation Cyclone and in the following years $4 billion was dispensed into setting up Islamic training centers in Pakistan (Taliban means "student"). These people were then sent to the CIA's training camp in Virginia, where prospective members of al-Qaeda were taught the "skills" needed for terrorism.

Many experts and officials in Afghanistan finally admit that the Soviet Union acted correctly to counter the terrorist element in Afghanistan to protect its progressive government. The Soviet Union tried to bring progress to a profoundly conservative and traditional Afghanistan. Most of Afghanistan's roads, ministries, major schools and hospitals are Soviet built. Even now, many of the upper echelons of the civil service, army and police are Soviet trained. The rows of apartment blocks around Kabul were all built by the Soviet Union. Though many are now shabby and pock-marked with bullet holes from the fighting, they are still highly valued as absolutely no public housing has been built since.

After successfully toppling the progressive government in Afghanistan, Bin Laden and the mujahadeen moved on to the Balkans where the breakup of Yugoslavia was orchestrated. Washington incited secessionist movements, knowing quite well it would lead to bloody conflicts. But it was cleaner to them than just marching in like Hitler did. In fact, PR firms were paid to disseminate lies as they chose a scapegoat, an ally of Russia, and made their conquest look like a humanitarian gesture. They also moved to the Caucasus, where conflicts in Nagorno-Karabakh and Chechnya included these same terrorist mujahadeen fighters.

NATO absorbed virtually all of the former Warsaw Pact members (Hungary, Poland and the Czech Republic in 1999; Bulgaria, Latvia, Lithuanian, Estonia, Slovakia and Romania in 2004; Georgia and Ukraine are awaiting acceptance in December of 2008). NATO, acting as a drug pusher and weapons pusher, will now be making huge profits since every one of those countries have to replace their weapons arsenal with NATO equipment, and also provide NATO a way to get its hands on Soviet equipment. NATO wages perpetual war for perpetual weapons dealing.

For the United States, the loss of an undivided Georgia was a major strategic setback, since not only is the BTC pipeline now threatened, but Europe will almost certainly no longer be so eager to support Washington ’ s dangerous provocation towards, and encroachment upon, Russia. Thanks to the Internet, full spectrum dominance is impossible in the global information environment.

Since They Cannot Be Trusted

One wonders why any current agreements on weapons reduction would be any different than previous agreements: ignored, violated, set aside. Washington makes no agreements it intends to keep, nor do they agree to anything not totally in their favor. Look at how they violated UN Resolution 1244, allowing Albanian mafia capos to rip 15% of Serbian territory away. Then they jump up and down about territorial integrity in the Caucasus, knowing full well they themselves have shown no respect for territorial integrity.

Now in Afghanistan, Russia gives the west assistance, allowing movement of men and materials over Russian territory. Russia continues to play nice guy, open, honest, helpful, friendly and conciliatory, yet the USA/west stands there belligerent, arrogant, stubborn and determined to get everything they want, their way all the time without one single iota of concession.

The only reason Washington seemingly conceded on missile defense in Europe was because it was costly and obviously would not work, possibly also because they found another more devious way to build it.

One of the ugliest facets of US/western propaganda is the claim that they “won“ the Cold War and caused the Soviet Union to “collapse“ Neither are true. The Soviet Union did not collapse, it merely changed form as provided for in the Soviet Constitution.

History shall record that it was Russia that won the so called cold war not through the force of arms, even though the USSR was armed to the teeth, but rather the moral victory achieved through the renunciation of wasteful spending on weapons of mass destruction in consideration of the poverty and hunger seen worldwide which the USSR did everything to alleviate. Not all victories in life or history have to be military victories. Now that is the truth.