To date the combined cost of the wars in Iraq and Afghanistan is very nearly one quadrillion dollars. For those who have never heard this word before, it is a thousand trillion USD, or 1,000,000,000,000,000 hard-earned tax-payers’ dollars of the citizens of the USA and the NATO countries (who never elected NATO). 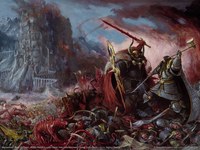 To be more precise, it is 931,835,696,048 and rising by the second. So, as so much energy is spent in rebuilding the civilian infra-structures of Iraq after they were targeted by military hardware and as so much money is being spent bribing the Taliban not only not to attack NATO convoys but indeed, to escort them, where are the press reports of other pressing and urgent issues which have been sidelined?

The situation continues to be dire in Darfur, where 300.000 people are estimated to have been killed during the seven-year conflict between Government troops and Janjaweed militia on one side and JEM and SLA/AW rebels on the other, while 2.7 million continue to be internally displaced. So dire in fact, that UN workers have been kidnapped and the entire international relief operation is put at risk. Where is the resolve to settle the issue once and for all?

The conflict in Yemen continues to affect some 175.000 people, displaced during fighting between Government forces and Al Houthi rebels. Not only does the conflict rage (since 2004) but also, it goes wholly unreported in the international press,

While the USAF was busy strafing Iraqi water and electricity supplies so that White House cronies could fill their pockets with rebuilding contracts (after having handed Cheney a shopping list of artefacts they wanted to get from Baghdad museums), almost a quarter of the world’s population was and is living without electrical energy.

The UNDP report on The Energy Access Situation in Developing Countries: A Review Focusing on the Least Developed Countries and Sub-Saharan Africa warns that the continued use of fossil fuels contributes towards a deterioration of the environment but also damages the health of the population through pneumonia, respiratory diseases and lung cancer.

The scourge of piracy off the coast of East Africa is due to the terrible social conditions inside Somalia where for more than a decade the State has collapsed. Until stable socio-economic conditions are created, piracy will continue and young men will be recruited into terrorist organizations to make a living. The fact that the World Food program is feeding 3 million people in Somalia speaks volumes about the situation on the ground.

And yet again, Israel continues to deny access for Palestinians to 60 per cent of their lands, seized illegally from them and held against international law. The UN’s OCHA declared in a report issued today, Israel does not live up to its international obligations because it does not ensure the humanitarian needs of the people, it does not ensure the right to free movement, to housing, to work, to education and does not guarantee against discrimination.

It speaks volumes that the UNESCO report on gender equality, released today, declares that in Europe, only in FYR Macedonia, Serbia, Moldova and two Baltic States has gender parity been reached in the area of research (nearly so in the case of the CIS). And as regards women’s rights, how much more is there to be done as regards maternity leave, the right to have a career and a child at the same time, why are domestic violence figures rising, why do women earn less than men?

With so many pressing issues, Washington and its NATO cronies fritter away one thousand, thousand, thousand million dollars on what? Seeing Iraq descend into chaos (it is said Basra will collapse once the troops pull away) and paying the Taliban off because they cannot be defeated?

Was this the 21st century we envisaged? Russia’s constant calls for a multilateral approach to crisis management fell on deaf ears and the result is what we see.