Social Decay in America: The 'I Didn't Do It' Culture 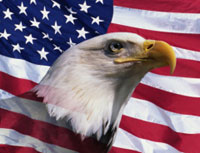 Social Decay in America: The 'I Didn't Do It' Culture

“The gap between our citizens and our Government has never been so wide. The people are looking for honest answers, not easy answers; clear leadership, not false claims and evasiveness and politics as usual..What you see too often in Washington and elsewhere around the country is a system of government that seems incapable of action. You see a Congress twisted and pulled in every direction by hundreds of well financed and powerful special interests. You see every extreme position defended to the last vote, almost to the last breath by one unyielding group or another. You often see a balanced and a fair approach that demands sacrifice, a little sacrifice from everyone, abandoned like an orphan without support and without friends … Our people are losing…the ability as citizens to serve as the ultimate rulers and shapers of our democracy. ” Jimmy Carter, July 15, 1979

It was an unremarkable incident, really. I happened to be in an American high school setting watching students (grades 9-12) comingling, laughing, discussing and, at the same time, eating lunch. The locale was not the school cafeteria but rather a large school hallway, sandwiched between a lounge and a library, with benches and plenty of floor space for 15-20 students. Adjacent to one of the benches was a trash can. On top of the garbage can was stacked, precariously, many lunch trays with leftover food, silverware and plates. One student accidently bumped the trash can and down came the whole mess crashing to the floor making a sound akin to a popping balloon.

For a moment there was silence, and then the students went about their business. The trays and food sat there on the floor untouched. Some moments passed and then it was time for class. A dozen or more students, from each class level, bypassed the mess on the floor. Not one thought to clean it up. A senior level student, making sure to avoid a banana peel, remarked—with emphasis-- “I Didn’t Do It!” and trotted off to the classroom. That senior level student, in an unconscious yelp, echoed America’s byline as it approaches the year 2010.

American society merrily avoids accountability and responsibility. Americans seek the loophole and blame others--be they individuals, networks or nations--for their own deficiencies. American leaders direct the consequences of poor judgment down the chain-of-command. Why?

The American people have taken the bait from the nation’s op-ed writers and talking heads, corporate CEO’s, financiers, the president, members of congress, justices of the Supreme Court, governors, sports/movie/think-tank/academic stars, and military leaders. In the USA these are the script writers of the American narrative and masters of the American consciousness. They stand firm in their belief that the masses down below will follow their words and deeds, even die for them. They are the Unaccountable Elite.

And the American people don’t disappoint. Only on rare occasions is an “American leader” taken to task by a concerned public. The American people revel in their leaders, glorifying and emulating them and striving, one day, to make it like their idols did. In so doing they have forsaken their duty as American citizens to hold their leaders to account and, as consumers, divine what is theater and what is not.

The American Dream is not pretty. It is, in fact, a descent, a struggle to reach the level of the Unaccountable Elite where “I Didn’t Do It” is the mantra. This is a cycle that has to be broken for America to change.

President Jimmy Carter (Carter Doctrine, funding the Mujahedeen in Afghanistan) was arguably the last president to tell the American public that some hard decisions had to be made about the way they lived their lives. It wasn’t just about energy consumption, as he so eloquently stated in his famed July 1979 speech. It was, at root, about how Americans interact with each other and other nations/groups.

For his frankness on the matter, his popularity with the American public increased. But the Unaccountable Elite was not pleased. They vilified Carter at every turn. The basic retort to Carter’s speech went something like this: there is nothing wrong with America or Americans--it’s the rest of the world that’s the problem. Even the compassionate Ted Kennedy ridiculed Carter.

In short, “We Didn’t Do It”. We, the people, as instructed by the masters, blamed OPEC, the USSR, the Shah, Vietnam and Carter for all our troubles.

So we remember, wrongly, Jimmy Carter for his “Mired in Malaise Speech” which, of course, was nothing of the sort. His message was timeless and far more relevant now than it was in 1979. Americans are paying the price for not listening to Jimmy Carter, the last president to go beyond the cliché of “There is nothing to fear but fear itself” and speak brutally to the American people about its troubled social infrastructure and cloudy future.

The Joy of Unaccountability

Since the Carter years, what have Unaccountable Elite done to deserve the respect and admiration of the American people?

Thousand Points of Light brought to you by George Bush I. Pardoned those convicted in Iran-Contra (Bush essentially pardoned himself), invaded Iraq and Panama, watched Los Angeles burn during Rodney King riots (later sent troops), continued privatization of government, completely befuddled at USSR’s collapse, pushed for NAFTA, increased arms exports, did not know how to shop at a supermarket, did not monitor nascent Al Qaeda and internal troubles in Middle East and Central Asia (break away publics), got the US military embroiled in Somalia, did not game consequences of national security policy and practice.

Bridge to the 21st Century brought to you by Bill Clinton. Brought Republican Party doctrine and practice into the Democratic Party changing the two-party system into one party with two faces, accelerated deregulation of financial institutions and markets, trumped up the war with Serbia after the breakup of Yugoslavia, distracted the nation with Lewinsky Affair and impeachment proceedings, pushed NAFTA through the US Congress, accelerated arms sales to unsavory foreign regimes, did not game consequences of national security policy and practice, failed to competently track a fully funded Al Qaeda and convince national security apparatus of insurgent attack on American soil the result of decades of ill advised national security policy and practice in the Middle East, Central Asia.

Yes We Can brought to you by Barak Obama. Lifted campaign theme from Sammy Davis, Jr. book titled Yes I Can, currently expanding war in Afghanistan, expanding foreign internal defense operations (two US troops die during operations supporting the Philippine Army’s battle against insurgents), appoints Clinton operatives to key positions, revives hype on cyberwar from Clinton era, does not close Guantanamo Gulag, maintains policies of Bush II, authorizes trillions in funding to save auto industry and finance industry but maintains paltry effort to save US homeowners/debtors, is not gaming consequences of national security policy and practice (to be continued).

The Unaccountable Elite have promoted, and helped execute, the foreign and domestic policies that have dominated the American experience for decades. The good in all this, if there is such a thing, is dwarfed and distorted by the lies told during lobbying campaigns or campaign speeches, the unnecessary deaths of US troops (New Orleans residents too), the dismal care for the wounded returning from Iraq and Afghanistan, homeowners evicted, jobs lost, savings demolished, health insurance beyond the reach of millions, high murder rates, and individuals tortured whether by water boarding or a Predator.

Are Americans satisfied with this? Will they be surprised when the next insurgent counterattack hits domestically, or at the next wave of company layoffs?

Perhaps the “I Didn’t Do It” philosophy is the American Way.

What kind of country spends $1.5 trillion on national security every year - and growing - but has to debate whether to spend $900 billion to make basic healthcare available to all citizens. The nation’s human capital - as the Unaccountable Elite like to say - has to be viewed as part of the overall critical infrastructure of the USA.

But to make that happen, the American people have to break the cycle of false consciousness and opt to become something more. If not, the cycle will continue and with a new twist: some sort of benevolent national security state will develop. Is it any wonder that the phrase the Dictatorship of the Proletariat was so appropriate. It’s happening here, right now, in the USA. The Unaccountable Elite dictate and the rest follow.

Oh, those trays and food on the floor? I didn’t do it but I cleaned it up anyway.