Keep Your Hands Inside the Coaster, We Are At The Top Of The Second Hill

It is becoming more and more evident, to the astute observer of realistic economics, that the second dip in the "W" global recession is coming up quickly. This is of course, identical to what took place between the 1929 collapse and the 1931 final landing. The world economy fell hard, bounced high and than fell into a deep black hole, that it took it thirty years to climb out of. This time will be worse, at least for the Anglos and more specifically the Americans. 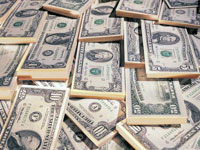 Keep Your Hands Inside the Coaster, We Are At The Top Of The Second Hill

The signs are everywhere: massive government stimulus (read money printing) whose only obvious effects have been on the stock markets around the world (again, just like in 1930), continued increases in global unemployment and thus a collapse in global goods demand, instability and a free fall in the shipping indexes. That is correct, it is not just the Baltic Dry Index, which is once again in a free fall, now that the Chinese have stopped hording iron ore, but also the various other indexes, including Chinese ones.

That is a sign of real doom, not only for China, but for many others. The fact that containers of goods are not moving out of China, in September and October, regardless that the Chinese stimulus has kept its factories producing as if nothing is wrong, means that the holiday shopping season will be empty and hallow, just like the Anglo mantra of recovery. Sure, France and Germany are out of recession and Russia and Italy are both heading out too, but that is because they have done the exact opposite of the Anglos, by cutting taxes, controlling spending, putting down real hard infrastructural investments and projects without tying them in courts and hearings for years, cutting regulations while avoiding nationalizations, in other words the smart moves vs the Anglos dumb ones. The Anglos, specifically America and England and to a lesser degree, Canada, have done the opposite on all accounts, regardless of warnings. No amount of Hopy-Changy media Zombies will change the inevitable out come.

The British Police State got a rude wake up, this past week. The Bolshevik Labour and their Menshavik Tori allies were expecting to exit the recession with a +.2% GDP but instead had a further recession with a -.4% drop. Surely this must be the fault of those "evil" English Defense Leaguers, for not islamocizing like good little kaffer serfs. Go get them lads, show them that eve if no longer "Great" Britain is not dead either.

Oops, I guess this will now get me on the famous banned list to the British Police State, not that I have any plans on visiting that Orwellian prison camp.

As for the Russians, Germans, French and Italians, sure they will suffer in Europe too, but not nearly as much, as they are already on a much more solid foundation than the New Orleans financial foundation of the Anglos. Sinking and sinking and nothing else.

Now for the Yanks. The Americans, more so than any others are about to find out the shocking truth of their paper debt economy. Most prosperous nation on earth indeed. Biggest mooch and beggar and debtor to every third world country, does not make a nation "prosperous". Unlike 1929, America is not a loaner of cash, though it still gives it out to various puppets and fascists and Marxists around the world, oh my. Instead, it is the biggest debtor in all of history of human civilization. Furthermore, unlike 1929, it is not a net exporter of but an importer of everything short of the tanks, bombers (but not of the bullets and handguns) and heavy equipment. It must now import even food from China and Latin America.

With the holiday sales about to prove as absolute a flop as possible, we will know by mid November for sure, the US can look forward to mass unemployment come January/February 2010, that no amount of DC papering over can solve or hide.

To make things worse, by that point, the US will have Cap and Trade and thus skyrocketing energy costs and regulations and thus skyrocketing prices on everything. Jobs will not just hemorrhage, but will fountain out of the gaping neck wound where the head was just secured. Add to this the British modeled National Healthcare system that Americans will have by than and you get the image of a gang of pig headed little demons of regulation, chopping with their axes, at the headless and stumbling cadaver that was the US. economy.

A rush, no a stampede out of the dollar, will follow by the first half of 2010, followed by a police crack down, anarchy and possible civil war(s).

And all this is even before the bottom is ever reached.

Good night and good luck America, you are going to need it, in this very long winter night.

The article has been reprinted with the kind permission from the author and orignially appears on his blog, Mat Rodina