The American Self Immolation, Truly a Sight to See

As my readers know, I am a fan of economics and of history, as well as politics, a combination that forms some very interesting cycles to research, discuss and argue on. None is so interesting than the death of great nations, for here there is always the self destruction that comes before the final breakups and invasions. As they say: Rome did not fall to the barbarians, all they did was kick in the rotting gates. 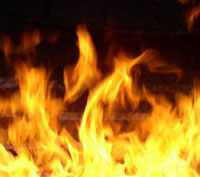 The American Self Immolation, Truly a Sight to See

It can be safely said, that the last time a great nation destroyed itself through its own hubris and economic folly was the early Soviet Union (though in the end the late Soviet Union still died by the economic hand). Now we get the opportunity to watch the Americans do the exact same thing to themselves. The most amazing thing of course, is that they are just repeating the failed mistakes of the past. One would expect their fellow travelers in suicide, the British, to have spoken up by now, but unfortunately for the British, their education system is now even more of a joke than that of the Americans.

While taking a small breather from mouthing the never ending propaganda of recovery, never mind that every real indicator is pointing to death and destruction, the American Marxists have noticed that the French and Germans are out of recession and that Russia and Italy are heading out at a good clip themselves. Of course these facts have been wrapped up into their mind boggling non stop chant of "recovery" and hope-change-zombification. What is ignored, of course, is that we and the other three great nations all cut our taxes, cut our spending, made life easy for small business...in other words: the exact opposite of the Anglo-Sphere.

That brings us to Cap and Trade. Never in the history of humanity has a more idiotic plan been put forward and sold with bigger lies. Energy is the key stone to any and every economy, be it man power, animal power, wood or coal or nuclear. How else does one power industry that makes human life better (unless of course its making the bombs that end that human life, but that's a different topic). Never in history, with the exception of the Japanese self imposed isolation in the 1600s, did a government actively force its people away from economic activity and industry.

Even the Soviets never created such idiocy. The great famine of the late 1920s was caused by quite the opposite, as the Soviets collectivized farms to force peasants off of their land and into the big new factories. Of course this had disastrous results. So one must ask, are the powers that be in Washington and London degenerates or satanically evil? Where is the opposition? Where are the Republicans in America and Tories in England?

The unfortunate truth here is: the Republicans and Tories are the Mensheviks to the Democrat and Labour Bolsheviks. In other words, they are the slightly less radical fellow travellers who are to stupid to realize that once their usefulness is done, they will go the very camps they will help send the true opposition to. A more deserving lot was rarely born. Of course half of the useful idiots in the Bolshevik groupings will go to those very same camps.

One express idiocy of Cap and Trade in America will be the approximately additional $.19 per liter of gasoline, which is a rather very large increase in taxation, however indirectly. Of course this will not only hit the American working serfs in the pocket at fuel up, but will hit them in everything they buy and do, as America has almost no real rail to even partially off set the cost of transporting goods.

But how will this work itself out? Very simple and the chain of events has been worked out often enough.

First, the serfs will start to scream at the cost of fueling up and the cost of all their goods. The government, ever anxious not to take responsibility, will single out the petroleum factories and oil companies for gauging the people. They will make demands for them to cut prices, which of course means working for a loss. When plants start to close down or move overseas, they will be called racketeers and saboteurs. Their facilities will be nationalized so that the government can show them how to do things properly. Shortages will follow as will show trials and that's as long as the USD holds up and foreign nations are still willing to sell oil and gasoline for other than gold, silver and other hard resources.

When food goes up, and it surely will, as the diesel the farmer uses goes up as well as his fertilizers, the government will scream that the farmers are hording, thus undermining the efforts of the enlightened. There will be confiscations of all feed crops while the farmers will get production quotas to meet or have their land nationalized again. Do not believe me? Look at the people running your governments and ask yourself: would they rather take some one's land or admit that they screwed up and ruined everything? After a point, only the corporate farms will remain, food by oligarch, just a like the factory farms. There will be plenty of dissidents to work them.

This will of course spread from industry to industry and within a rather short order, you will be living the new fractional dream, that is a fraction of what you have now. But on the bright side, for once, your children, working for government/oligarch run joint ventures, will be able to compete adequately with the Chinese, to feed the demands of Europe and Latin America. But that will take at least a generation or two first along with a cultural revolution or two.